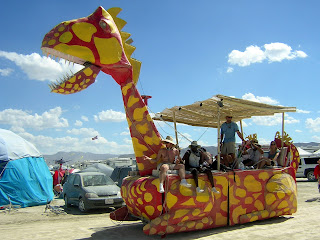 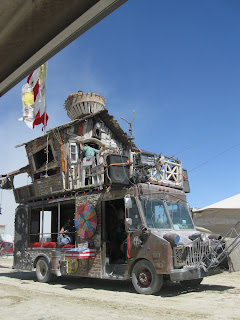 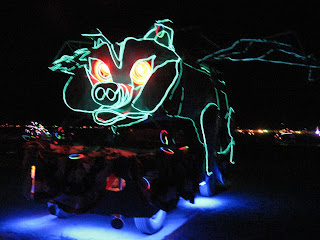 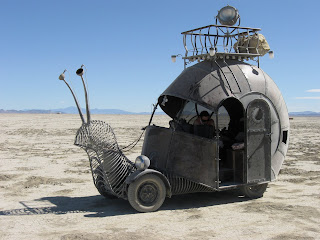 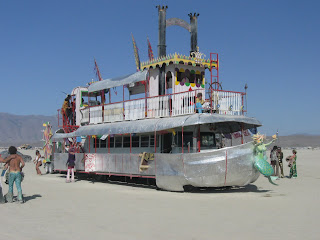 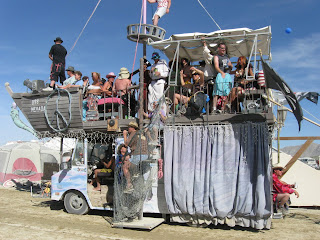 I thought I had more pictures than this but realized most are prints - long before I entered the digital age. I guess over the years I grew tired of taking pictures of art cars as there are hundreds of them out there. 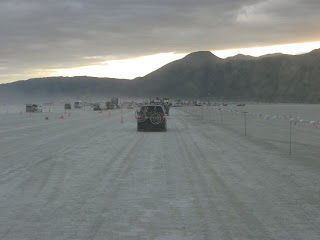 In my search I came across these two shots. This is of the Exodus, leaving the event the day after the burn of the Man on Saturday. On Sunday night is another major burn of the Temple. I decided to leave Sunday day and avoid the mess. All day long the line to get out was backed up for miles. It finally shortened somewhat in the late afternoon as fewer people want to drive at night on long lonely desert roads. I made my move at this time. The first shot is at 6:45 pm as I pulled up to the back of one lane of 6. I chose the far right lane so as to at least have a view of the desert and sunset. The second photo is about 45 minutes later. Note I am still behind the same car. I progressed maybe a quarter of a mile. The tail lights of the cars fade away far off into the distance, several miles to the two-lane highway at the base of the mountain range. 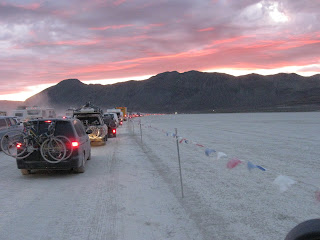 You can walk to the highway and be there in 30 minutes or so. It took me two hours to drive the same distance. From there it is a bumper to bumper drive to Gerlach 10 miles away, but at least you're moving along at 30 mph and finally a sense of progress settles in.
Posted by John @ Beans and I on the Loose at 11:06 AM