Some Images of Burning Man at Night 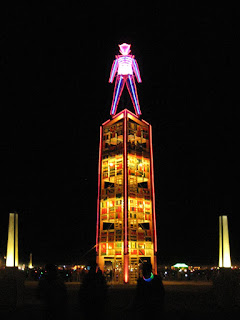 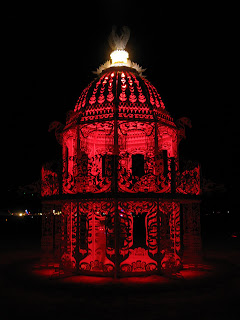 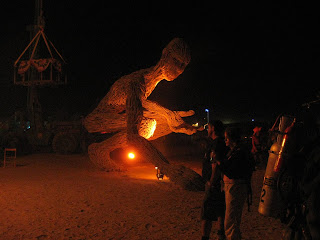 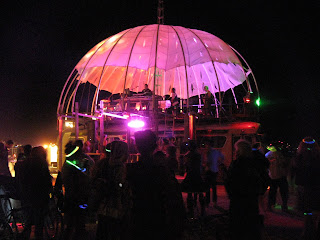 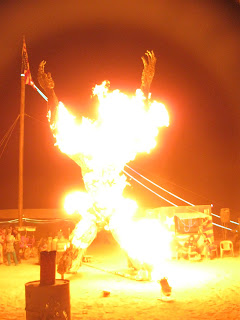 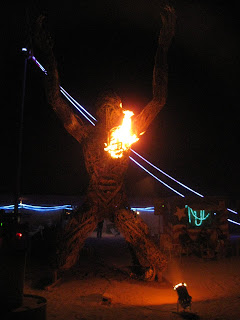 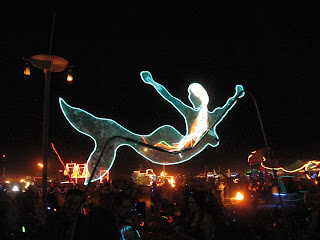 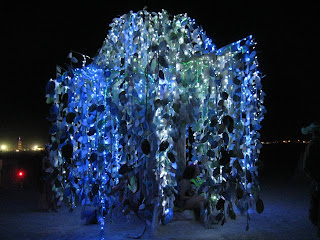 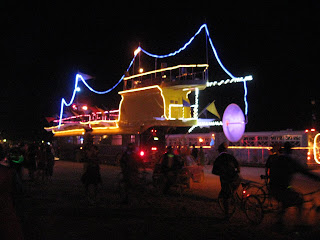 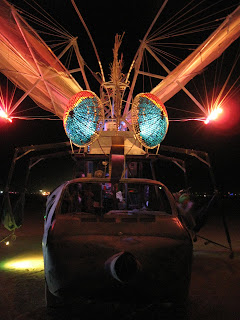 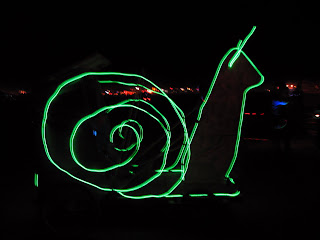 These last two images are of from the night the Man burns. During the last several years pyrotechnics have been added to the show. It is impressive and probably unlike any 4th of July display you've seen, yet I like the burn of years past. Then a fire was started at the base of the Man and he slowly was engulfed in flames. Later on he was erected atop a stack of hay bales which provided a better burn and view for those in the back. Today he is shorter and built atop some other type of construction. 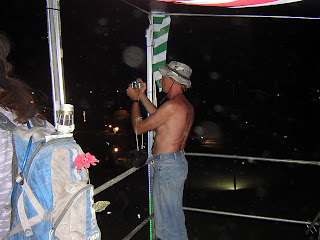 This picture shows little white circles floating around. Those are specks of dust in the air reflecting the light from the flash. All nighttime photos will look like they were taken in a snow storm if you use a flash. All the photos above were done with no flash, thus no snowflakes, but you must hold the camera real steady or use a tripod for a sharp image. This is Pete, a friend we made there early on in our trips to Burning Man. He lived in Connecticut and drove out to the event every year by himself. This particular year I was there by myself so Pete and I hung out several nights together hitting all the bars we could. This was the last photo of him I took. He died several months later in a freak accident working on his new home. The friends you make at Burning Man are like no other friends you will ever have. You see each other for only one week every year, and it is like one big a family reunion. I have many stories of people I have met one year and only by chance happen to meet up again among thousands of people out on the playa, in Center Camp or bicycling along the streets of Black Rock City. This I will miss very much.
More to come.
Posted by John @ Beans and I on the Loose at 2:27 PM