At Sunday's Handcar Regatta I discovered this facade of an old country house parked on a side street. I immediately thought this is so much like a something to be seen at Burning Man. The band was just starting up playing with a country bluegrass flare and they were good. 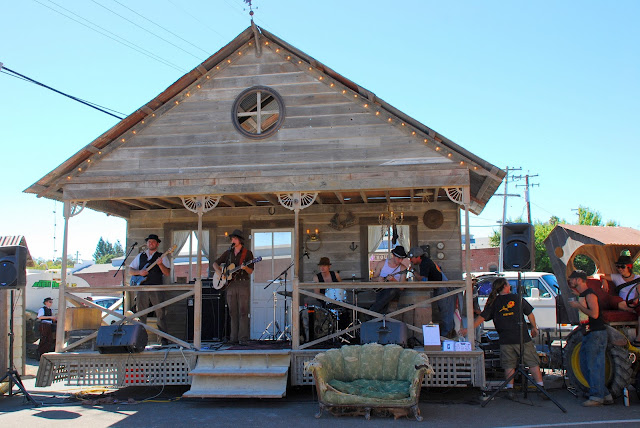 I then walked around behind and saw there was more to the house than I imagined. 'This is even better.' Upon close inspection it sure looked like it had a coating of playa dust. 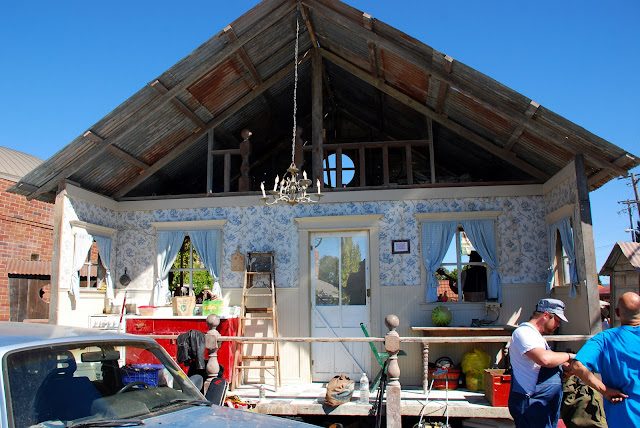 Then I saw the needlepoint. 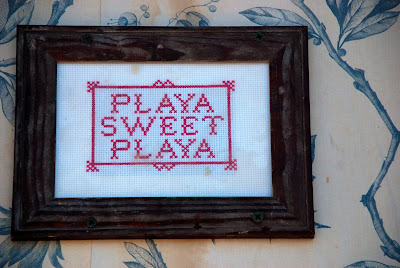 I learned that it indeed had just returned from the Black Rock Desert and this year's Burning Man event. The little stove in the far left is fully functional. They would bake batches of brownies and give them out to people on the playa. If you look closely in the attic you can see where they slept. This is the ideal way to spend a week at Burning Man. I wonder how they got the house out there? I didn't think to ask. Maybe it is pre-fab, coming apart in sections and lies flat on the trailer it sits on for transport.
Nearby was this little art car which was quite slick. Notice the sticker on the lower tail fin, a DMV (Dept. of Mutant Vehicles) permit from Burning Man 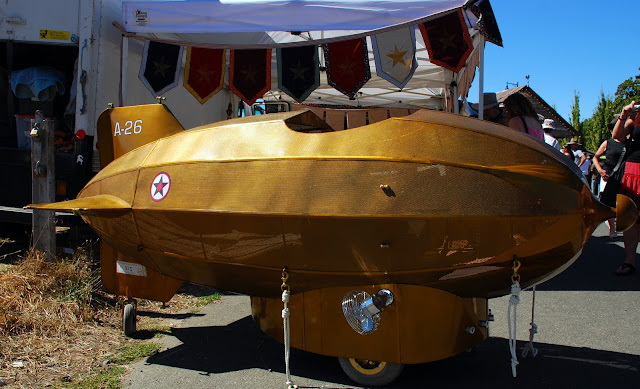 and then I saw the Snail. 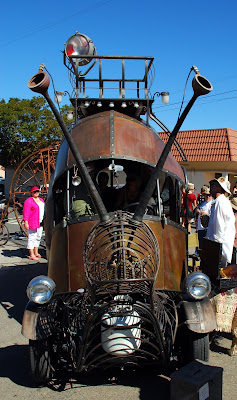 I saw this art car on the playa in it's 2009 debut and thought it the best of all. Here it was at the regatta. I complimented the artist once again and he said it is his attempt to put "Art" back into art-car. I think he's done that very well. The Snail is mounted on a Volkswagen Bug chassis and every panel is individually cut and riveted into place. Too many people were in the way for a side shot so here is one of it on the playa. 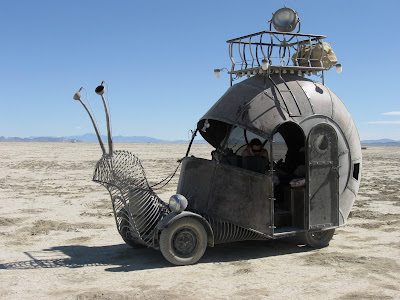 Flames shoot out from the antenna. You have to have fire at Burning Man. And the searchlight on top does work. Light up the night!
Posted by John @ Beans and I on the Loose at 8:18 AM