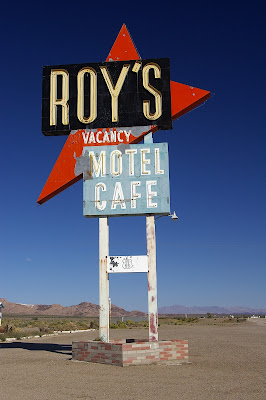 In Amboy, California on historic Route 66 you will find Roy's. Roy's been a feature in many movies when the setting of a lonely desert gas station was needed. Built in 1938 Roy's served all the traveler's needs up till the early 1970's when Interstate 40 was completed and bypassed the town of Amboy. From then on things slowly fell into disrepair and abandonment leaving it to the mercy of vandals. In 2005 a businessman bought the entire town for $425,000 and slowly began to restore Roy's with the 1950's look it once had. In January 2008 Roy's was once again in business even though the rest of the town, which at one time had 800 residents, remains a ghost town. I happened to roll through there 3 months afterwards not knowing of it's resurrection. 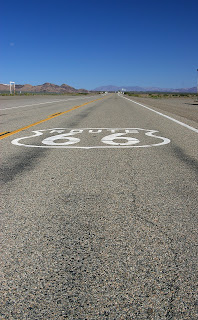 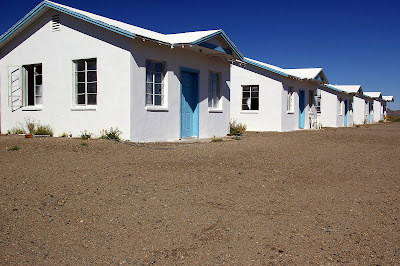 The motel rooms were in the process of being fixed up and by now I would guess ready to rent. Might be a bit spooky in the middle of the night of a lonely deserted ghost town of the Mojave Desert. What do you think? 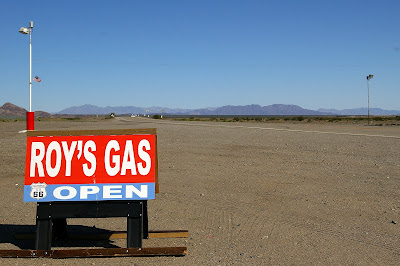 These were the prices in 2008 when gas prices went ballistic. It wouldn't be to bad filling up a motorcycle but a car or RV is another matter. This is a favorite route for motorcyclists. Much better than riding the Interstate with all of it's big rigs and crazy motorists racing to Las Vegas. 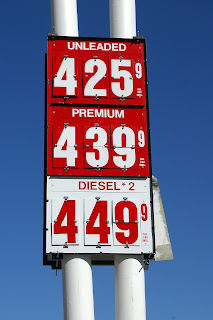 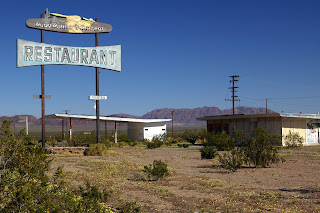 Further east down Route 66 lies another abandoned traveller's retreat. I doubt we will ever see it come back to life. We can only imagine how it was to stop here in the 50's after hours of driving across the hot dry Mojave desert. How refreshing a thick chocolate malt would be, the taste of a big fat juicy hamburger, relaxing in the cool air of the resturant's swamp cooler. It would be difficult to step back out into the baking oven-like air and continue on with your journey to wherever it may be. Remember to check the radiator.
Posted by John @ Beans and I on the Loose at 12:16 PM