The other day while on a hike I discovered something new. Well really, I heard it before I saw it. It was a shallow pond lying in the basin of a small meadow. The pond was simply alive with frogs croaking their little hearts out. I approached the water slowly and quietly as to not cause the frogs to go silent. The majority were in the center of the pond hidden among the tules and cattails, yet I could tell there were many close by along the edge of the growth within a few feet of me. I looked long and hard for just one of the little buggers but could not locate a single frog. I had no idea what size or color they were so as to find one in my viewfinder more easily. I eased around the edges of the pond and although they kept chirping away, they remained hidden or were very well camouflaged. After about a half an hour of this frustration, I walked on down the trail disappointed. But I couldn't get out of my mind having a least one frog picture and was soon back by the pond. I logged in another 15 minutes of frog stalking when a group of people came down the trail into the meadow from the other side. They were talking loudly, stomping around (by now the frogs had become silent) with one of them wading around in the water searching for whatever she could find. So much for getting a frog picture. I left them to their foolishness, climbed up the hilly trail and took this shot. 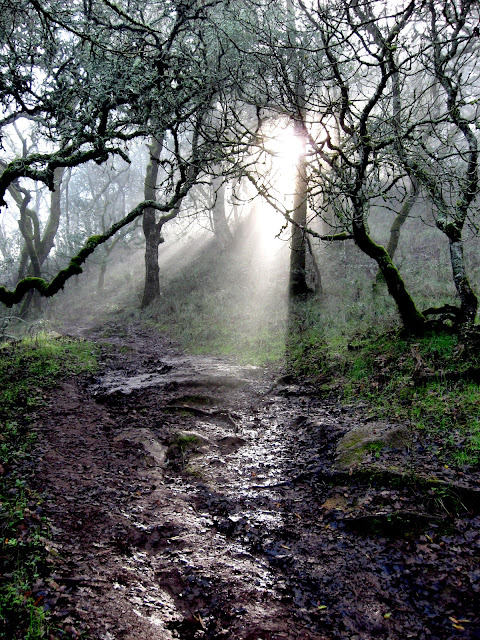 I'll go back to the frog pond during the week sometime when everyone is at work and school, and I will get that frog picture.
Posted by John @ Beans and I on the Loose at 8:17 AM