Sunday was a glorious clear and bright sunny day after all the rains, and I just knew the coast would be too.
This is from the southern end of Bodega Harbor along the tidal flats. 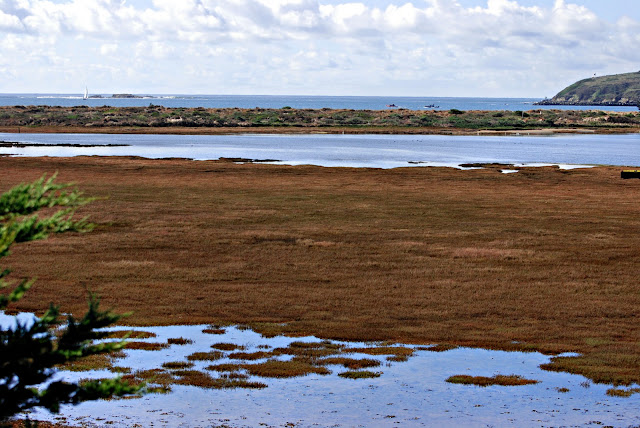 Swing your view to the right and you see the little town of Bodega Bay made famous
by Alfred Hitchcock's film "The Birds". 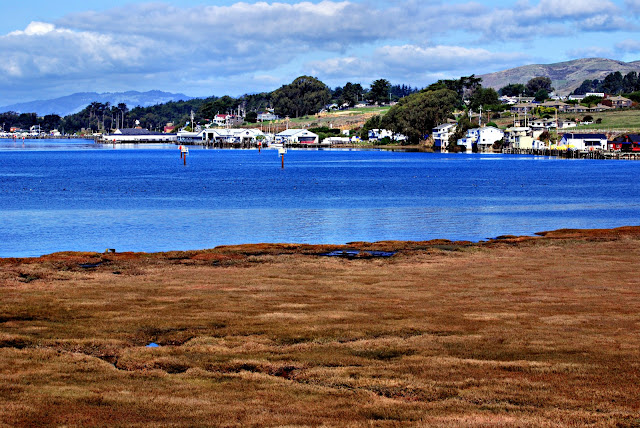 Looking right a bit further stands this house along the tidal flats.
It looks charming, romantic, or whatever your mind conjures up.
For me I would be shivering me timbers come the cold foggy days and nights. 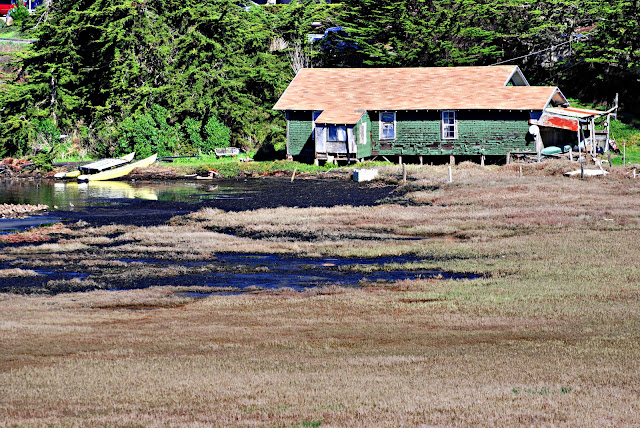 Moving up to the north end of the bay along the road to Bodega Head, a point of land jutting out from the coastline. The sailboat is within the protected channel into Bodega Harbor itself. The waters and land beyond is below the harbor from where the previous shots were taken. The spit of land with the campground is man made. Not a nice place to camp. A fog horn is located there and bellows every 15 seconds, fog or no fog. It becomes maddening in a short time...at least for me. How those camping stand it is beyond me. 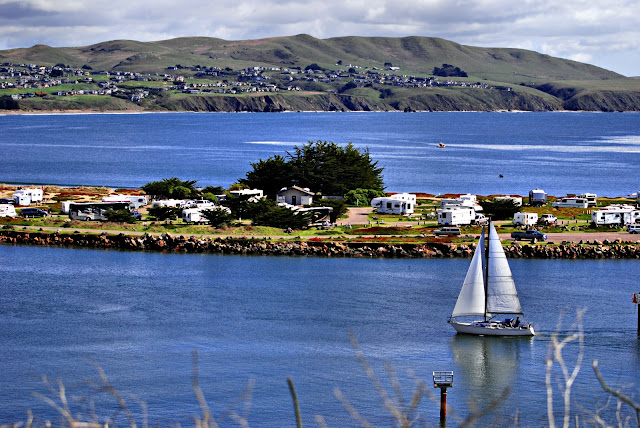 ﻿
Looking to the right from the above shot you look out upon the Pacific Ocean. Every time I take in this view I try to imagine what it must have looked like back in 1775 when the first Spanish ship, the Sonora, sailed in and anchored here. What did the Miwok Indians think seeing that? 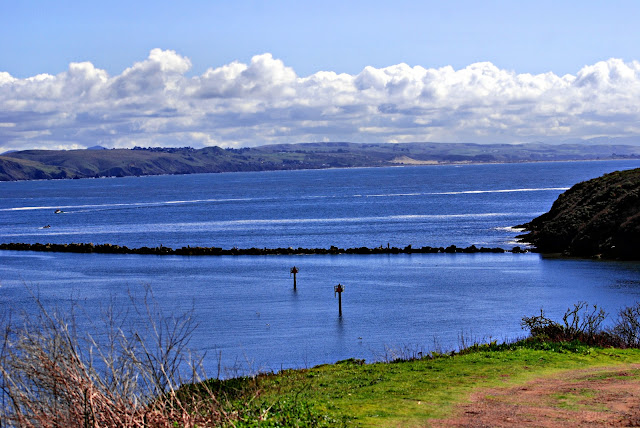 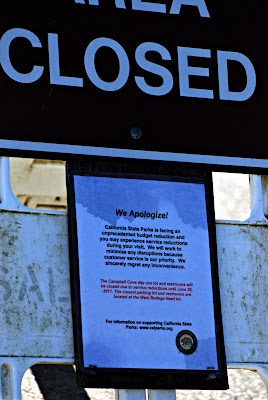 Welcome to California.
I drove a bit further and was greeted with this sign. It was blocking a turn-around spot with a pit toilet less than 100 yards away. That is all. Continuing up the road which led over the head and down the other side to its end at a small beach, every turnout or parking spot for hiking trails along the way was blocked off with similar signs. Only at the rocky point where there is a larger parking area and another pair of pit toilets, you were able to park your car and get out. Naturally this created quite a congestion of parked cars, people milling about, dogs running loose and those sitting in their cars waiting, with the engine running, for a parking spot to appear, I did a U-turn and got out of there.

California is in a bad way these days with many state parks and recreational sites now limited as to their use or even access. This summer season I am afraid there will be many disappointed tourists from out of state and other countries.


I slowly motored on up the coast leaving the mayhem of Bodega Bay State beach behind me.
All along this route are Sonoma County beaches and parks which are much less used and abused. 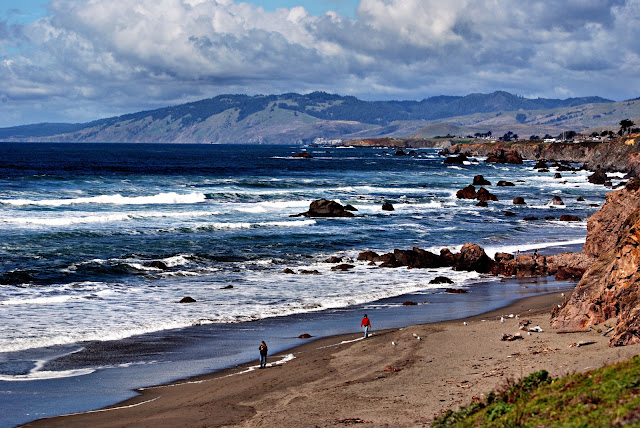 Finally, just before turning inland for home I saw this. Notice the difference in color of the ocean waters.
That off color to the right is the outflow of the Russian River from all the rain we've recently had.
You can understand how salmon and steelhead returning from the ocean can "smell" the fresh water
and know they are getting close to their home river.
This made me think of the Amazon river where the same thing can be observed
50 miles out into the Atlantic Ocean. 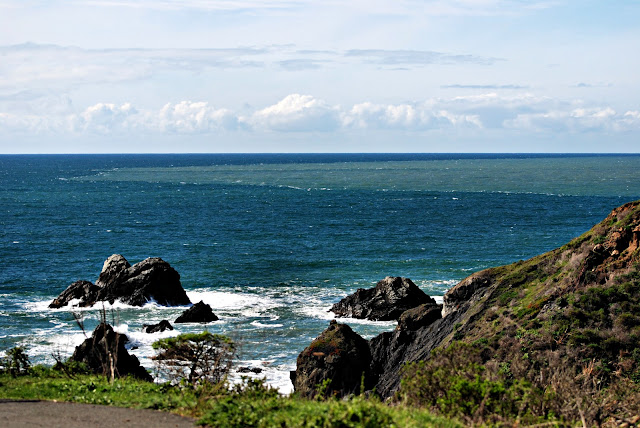