These little fliers were seen on my Saturday hike. Butterflies in February? 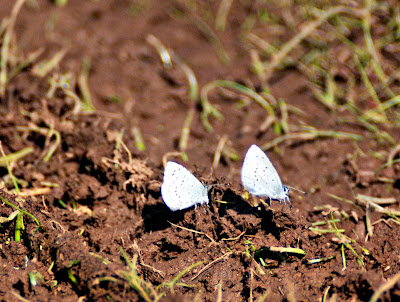 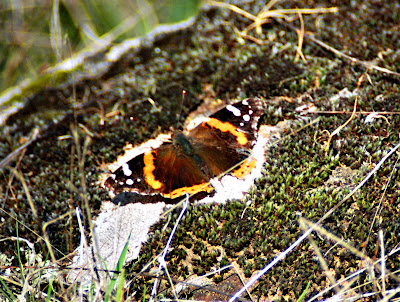 These photos are not as nice as they should be. I am tired of fighting with this 400mm lens. I had to get back 12 feet in order to get these shots. With my other lens well...they don't want me that close. So I'm getting a new long lens soon. What I am looking at has a close focus down to less than 5 feet. If that doesn't help, I'm taking up golf.

The park had an over abundance of people on the trails which forced me into going cross country. This turned out to be good for I discovered a water source that attracted the above butterflies. Not far from it I came across the remains of a mountain lion kill which was in the area where the scat had been seen from the earlier post. As I took the photo I was wondering "just where is he right now?" 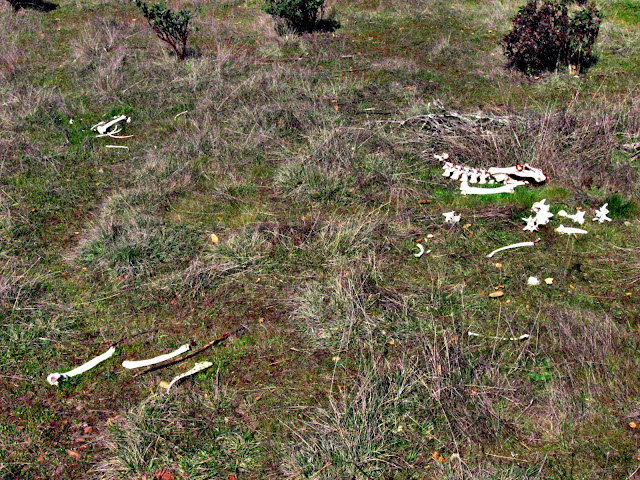 The bones were well bleached out, dry and picked over by the Turkey Vultures so I suspect these are left-overs from a kill last year. But being I was off the beaten path no one had been by and disturbed the site. 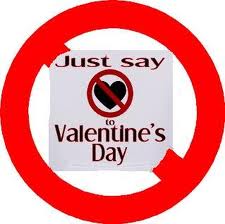