As I mentioned in the previous post, I now have a new lens which hopefully will help me get better photos of birds. On that trip to Bodega Bay I put it to use. This egret was quite obliging in having his photo taken. 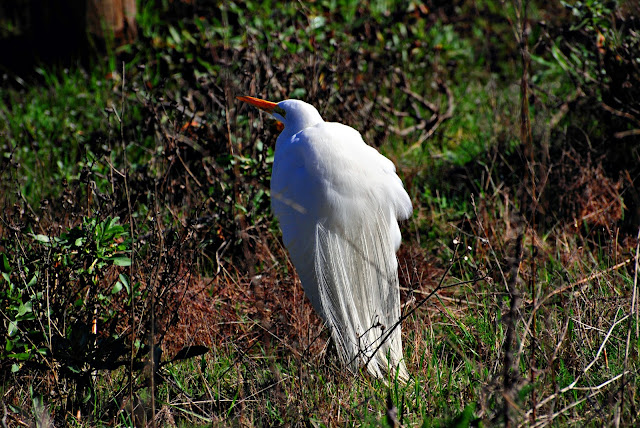 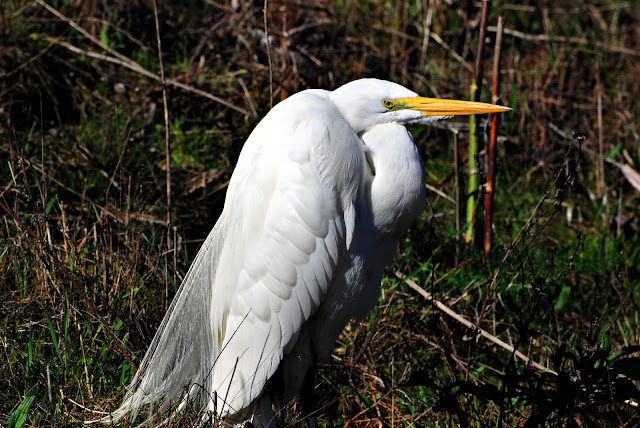 Then he had had enough and flew off. That's about a six foot wingspan. 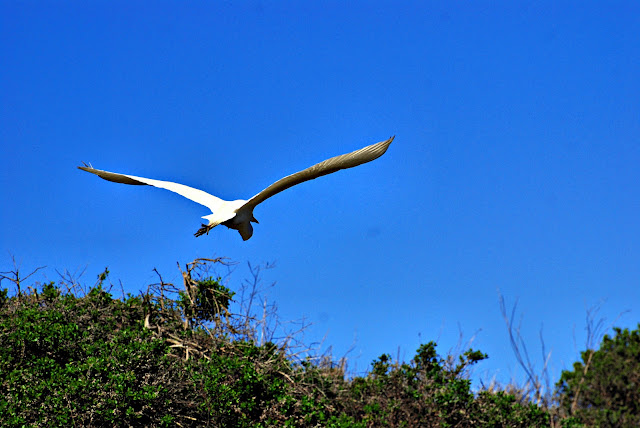 I took quite a few pictures of Gulls who are always cooperative for a photo shoot. The shot I liked best out of the lot was this one. Looks like he has a swollen right ankle. 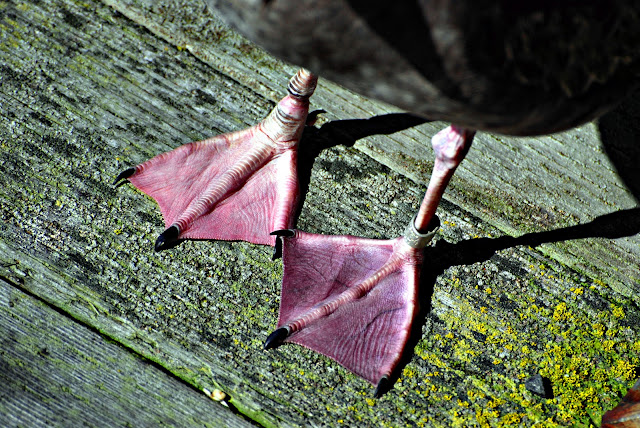