Okay, I'll admit from the beginning, I went into Tombstone with a preconceived idea on what to expect. I had heard through friends who had been there before me how it was. They loved it. I wasn't so sure I would. When I drove into town, I was seeing signs like "See where it all happened at the OK Corral" and "Watch comedy gunfights". My fears only deepened. But I tried to go in with a clear mind.


The main street of old Tombstone was a block over from the highway. The street is closed off to traffic and one walks the 2 or 3 blocks of the downtown section. I was there early in the morning and this was good. Not many people here yet.
(I really need to remember to clean my lens of dust) 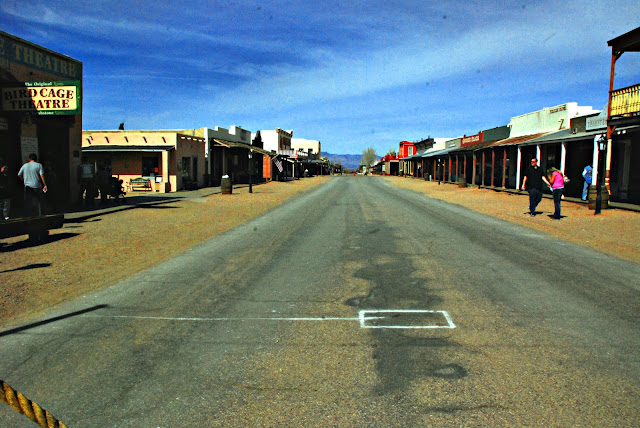 If the street was all dirt, I think it would have helped the image I had in mind. But dirt just along the boardwalks didn't do it for me.
Right away was the Bird Cage Theater. 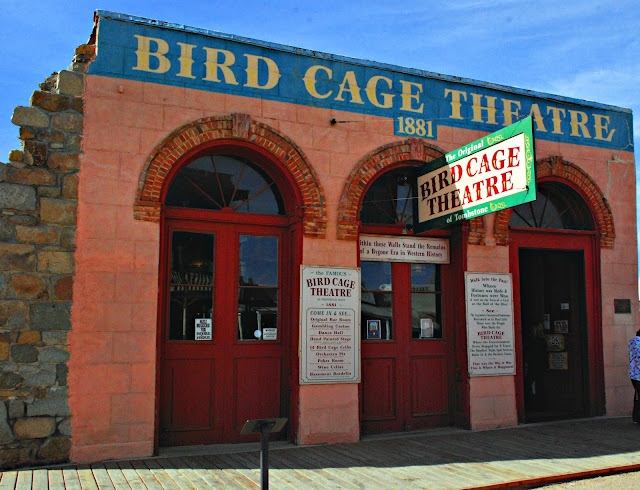 I peeked my head inside. It was much smaller than I had imagined from seeing so many saloons in western movies. The tour lady was well into her spiel which was much like a taped recording turned up much too loud. 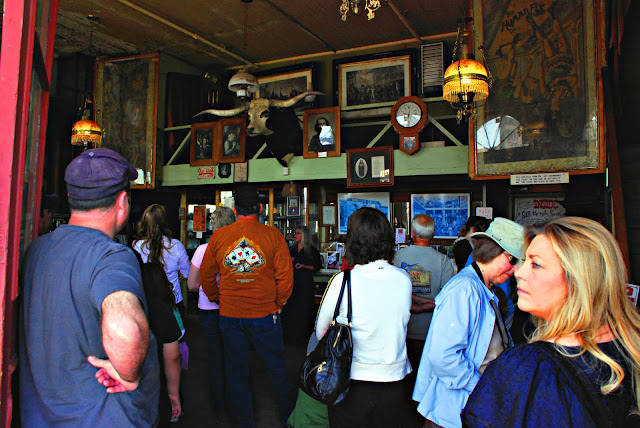 Taking any photos inside was pretty much out of the realm of possibilities with many more people inside than what you see here. I moved on.
I slowly walked down the street trying as hard as I could to imagine what I was looking at, as how it was 130 years ago. Instead it just appeared to me as something created for the tourist much like Knotts Berry Farm or Frontierland in Disneyland, which both to me seem much more authentic looking.
There were candy and ice cream shops, old time photo studios, cowboy and Indian apparel stores. Even soon to be a Harley Davidson leather goods store.
Here is looking back up the street. 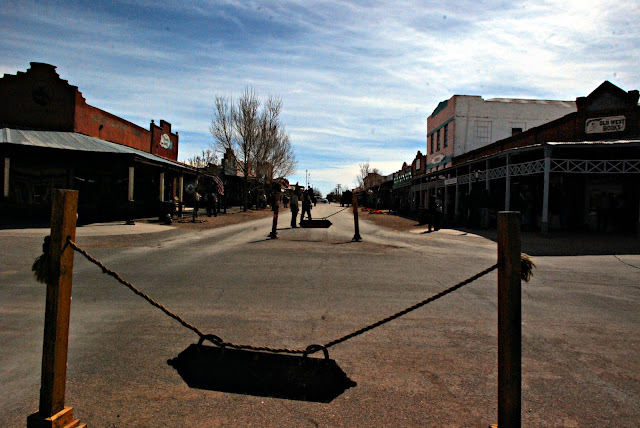 I looked hard for something to photograph in that 3 block walk but nothing looked real.
Getting off onto the side streets though, some of the buildings looked pretty original
and worthy of a photo, but cars were parked in the way. 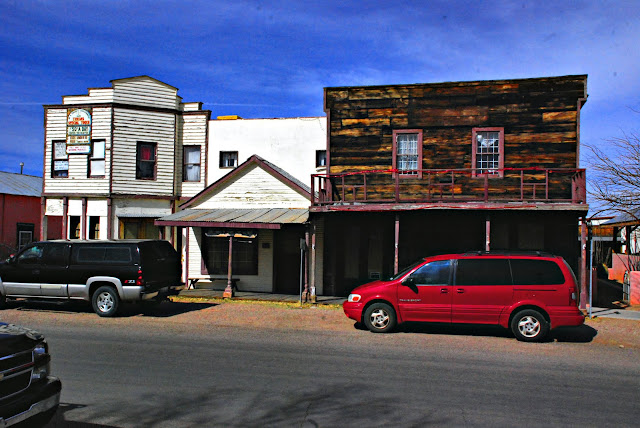 I came to a corner, saw this sign and thought that pretty interesting.
What a colorful character this guy must have been. 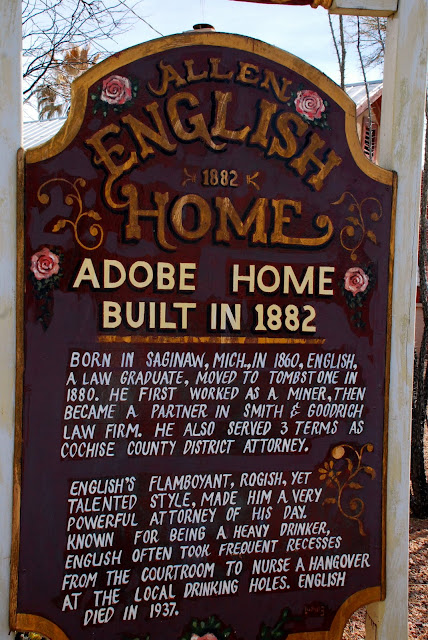 And here is his home. 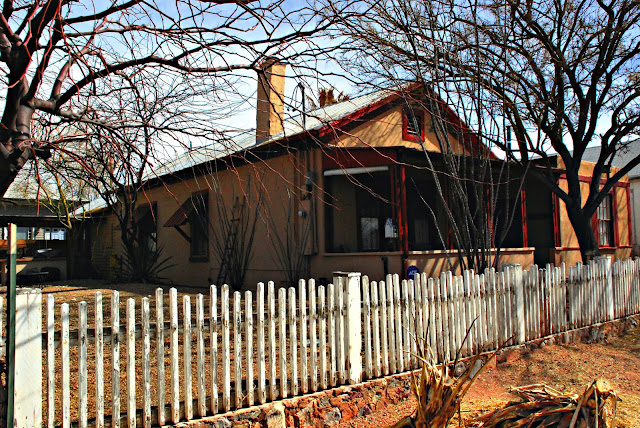 Built in 1882?
By now I am having a really difficult time with Tombstone and slowly walked back to where I parked.
On the way I saw these guys and in all honesty,
I enjoyed them and spent more time watching them than anything else in Tombstone. 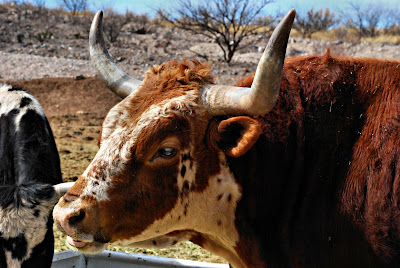 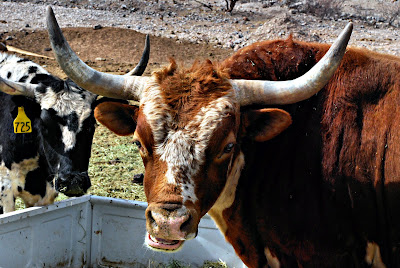 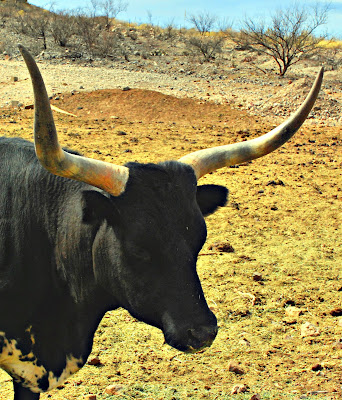 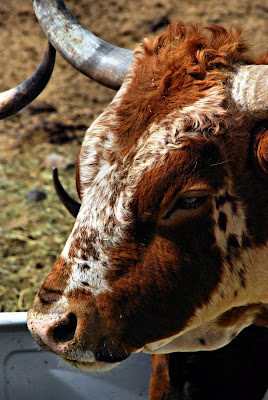 Oh, and the OK Corral? It was on a corner and looked like a movie lot with a mini little town built around the perimeter, all false facade store fronts. This is where the "the daily reenactment" of the famous gunfight between the Earps and Doc Holiday on one side and the Clantons and McLaurys on the other is held? The comedy gunfights too? I was so disappointed with what had been done with the OK Corral (in actuality the gunfight took place in an alleyway leading to the corral) that I didn't even take a picture to show here on my blog. I am now sorry for that.