We are home from our week of hunting wildflowers in central California. I will post photos from that trip later, but for now will continue on with our journey from two months ago.

I had plans on staying at Guadalupe Mountains National Park situated on the Texas and New Mexico border and do some hiking there. I was thoroughly disappointed to find their "campground" was literally an asphalt parking lot. We pressed on to Carlsbad Caverns. I drove the 7 mile long steep climb to the top where the visitor center stood and discovered there are no campgrounds! It all came back to me as to why we camped in White City at the base of the mountain 30 some years ago when we were last there. Now tired and disgusted with myself, I located a mud puddle of a reservoir state campground and stayed there for the night.


The next day took us through Roswell New Mexico. I skipped all the touristy UFO stuff. 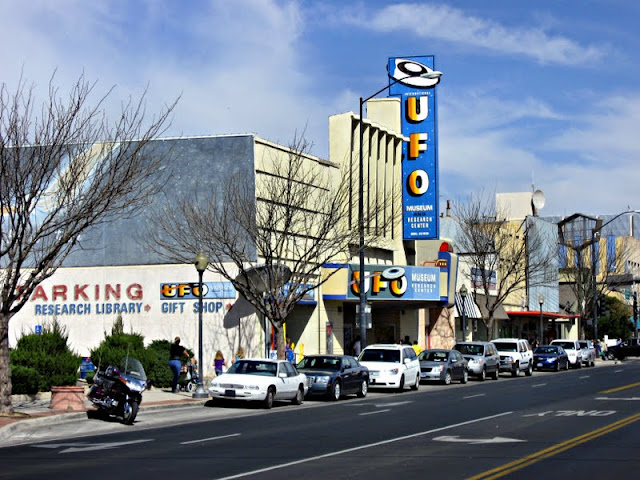 Now if I could have gone out to the ranch and seen the actual dent in the ground left by the flying saucer back in 1947, I would have done that without hesitation. But I had a bigger target in sight, Billy the Kid's grave in Fort Sumner 84 miles further on.

I first stopped in town and did the $5 dollar self-guided tour of the Billy the Kid Museum which was well worth it, then drove a few miles south to the grave site of the Kid. 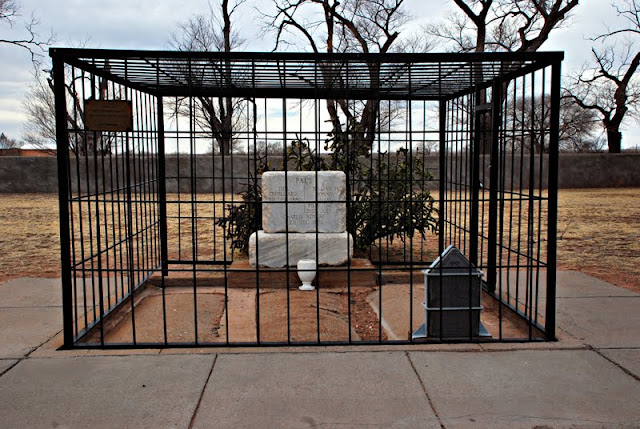 It is all caged off because the tombstone keeps getting stolen. 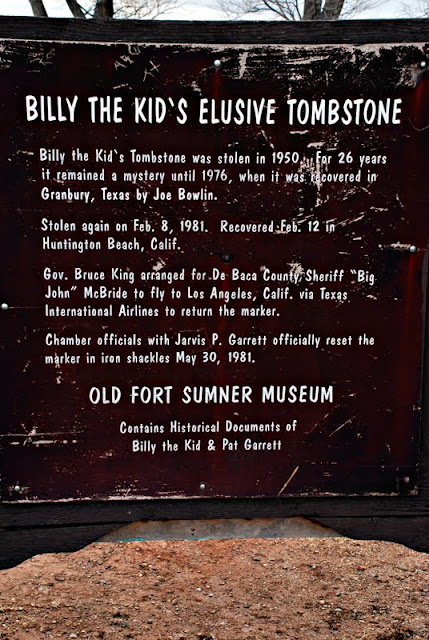 Nevertheless I was all excited and happy to see it and having the whole graveyard all to myself. 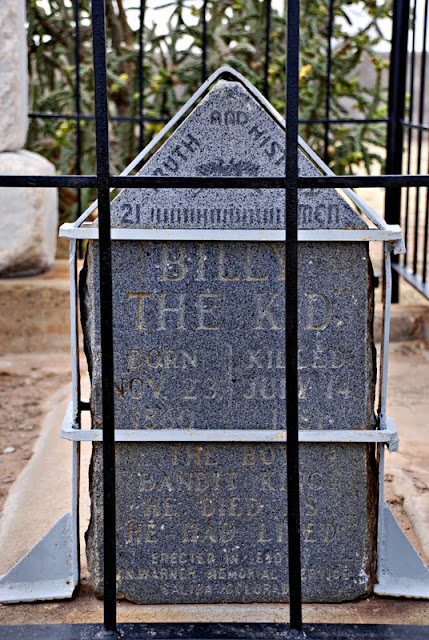 Unfortunately, later on I learned the exact location of The Kid's grave in the graveyard isn't known. A flood washed away the wooden tombstones not long after Billy's death, and the current grave site is just a guess.
Oh well. 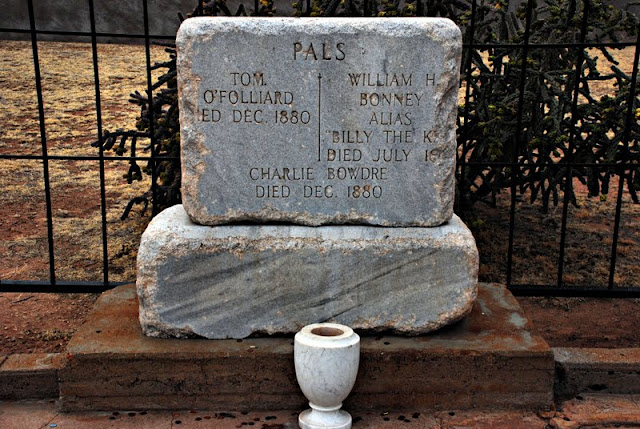 Much of what has been written about Billy the Kid and how he was portrayed is untrue or misleading. He was very personable and well liked by those who knew him, especially the hispanic community who he treated with respect unlike most of the settlers at that time. Read the account of the Lincoln County War going on at that time. The law in the area was corrupt, being controlled by ranchers in the area much like the mafia of today. The Kid just got caught up in avenging the murder of his boss, and English rancher John Tunstall by the gang who controlled the county sheriff.