If I thought that little adobe a couple days ago reminded me of a Sergio Leone movie set this here was the real deal. The highway was following along the Rio Grande when we rounded a turn and here was a real live movie set squeezed in between the road and the river. I had all I could do to stop the Little House on the Highway and find a decent place to park. It was built in 1985 and nine different movies had been filmed on the set. Believe me, I was just ga-ga walking around here. 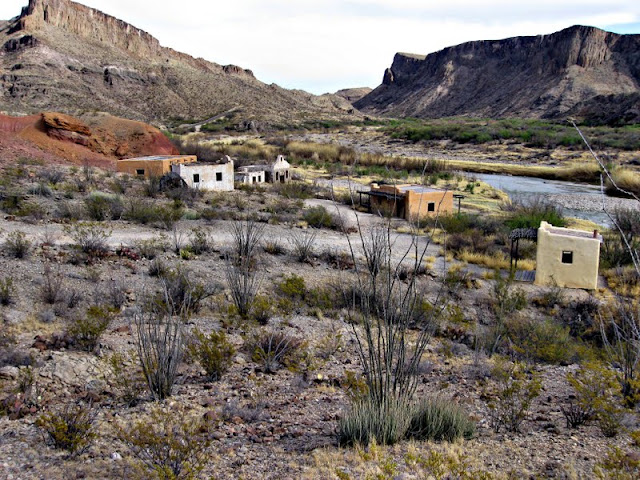 I could imagine riders and their horses coming down the street and tying up to this rail. 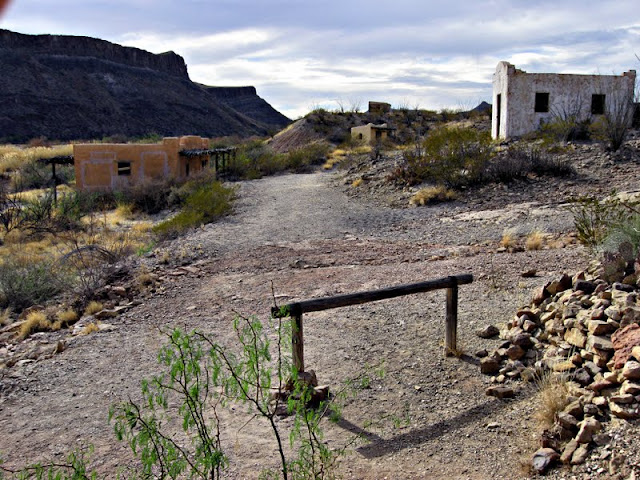 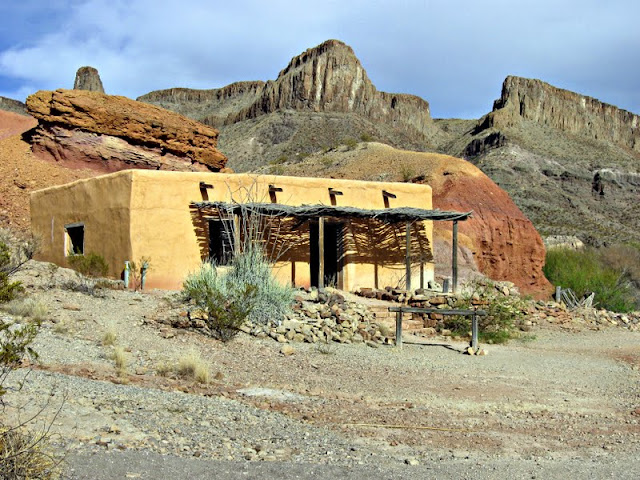 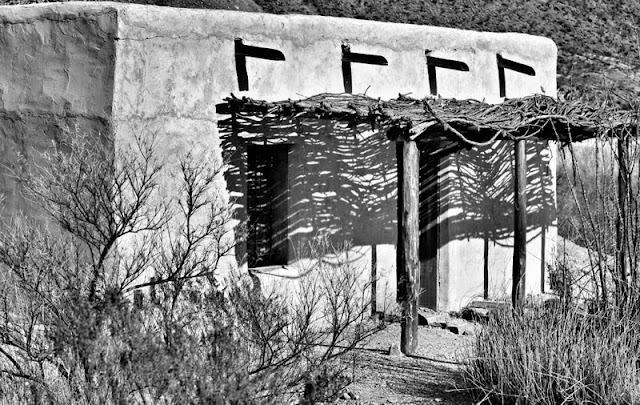 It looked to be a cantina in another movie as a bar-like counter remained. 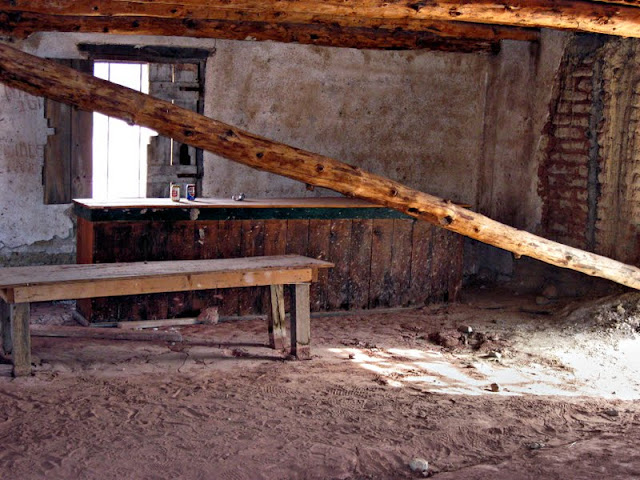 Other buildings were added to the set for the movies to follow. 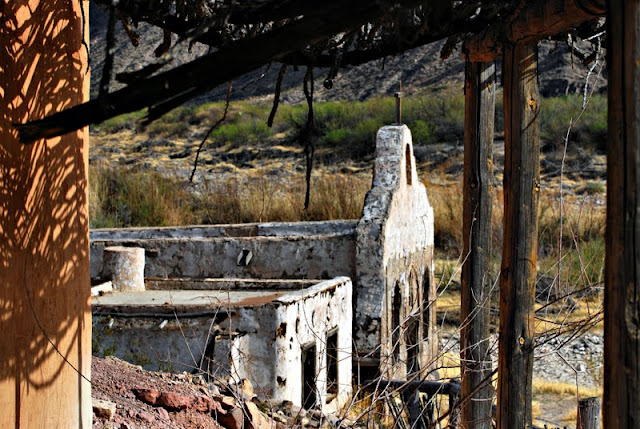 The church and side building were a couple. 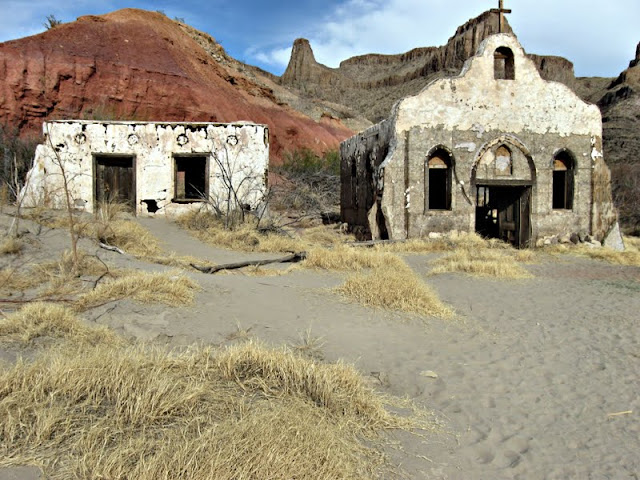 The inside of the church. Only the facade was needed. Interior shots were done in a studio no doubt. 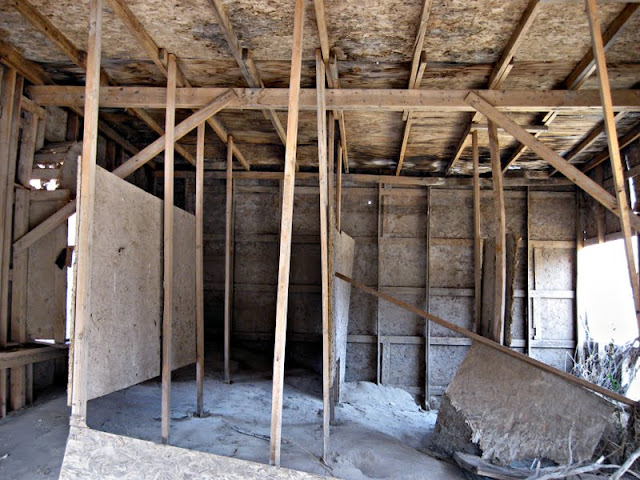 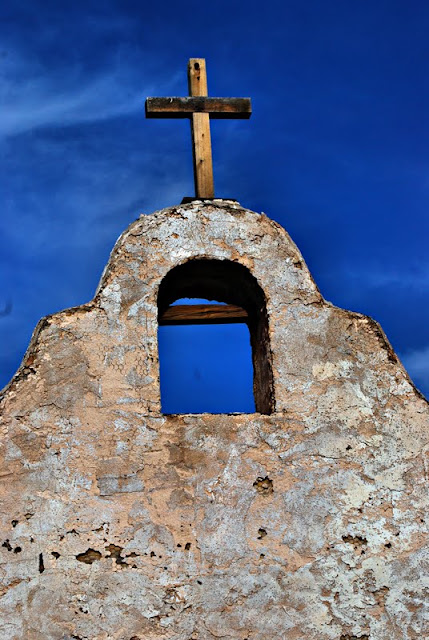 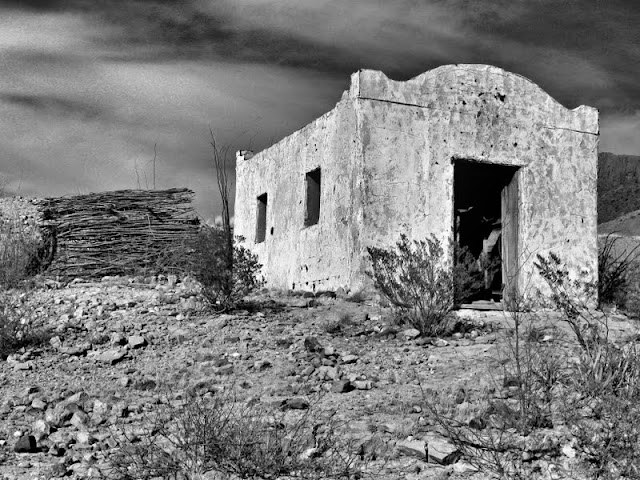 The movies the set was used for,