I saw in my little park guide a 3 mile trail to some hot springs right alongside the Rio Grande. I marvel at natural hot springs and have found several in the deserts during my travels. But here was one right next to a river - a first for me. I parked at the trailhead and took off, charging up hills and down into ravines of the warm and very dry desert land. Now I like the heat and this day was not hot by any means, probably only in the mid 70's. But I had just come from my very cold and wet northern California home and soon I realized I needed time to acclimate to this change in temperature. I was getting "warm" and drinking my water faster than normal. I decided I best ration the bottle saving the last half for the return trip.


Eventually I crested the high ridge and was rewarded with this view of the Rio Grande.
The trail ended on the river up at that bend where the brown brush is. 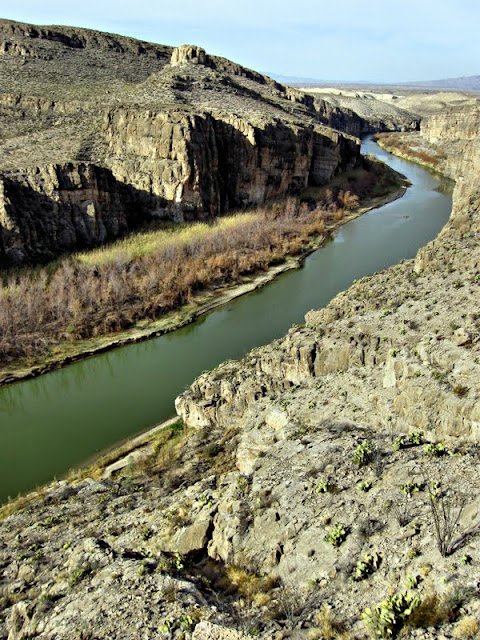 It began just this side of the green area down river. 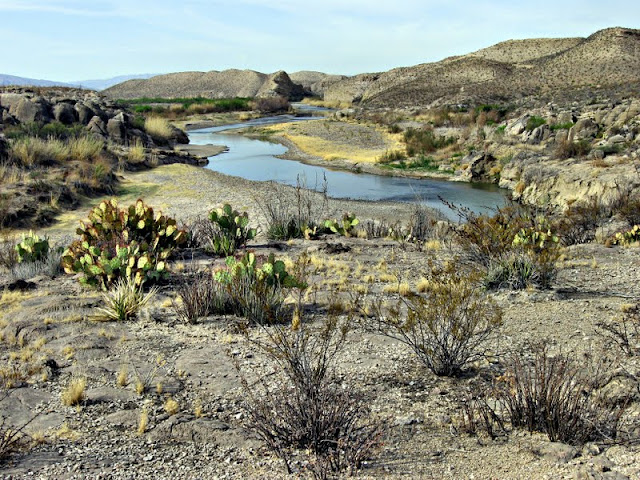 It looked like I still had a long way to go and started to question the park's measurement of 3 miles. "Three miles as the crow flies? More like five miles going up and down these hills and ravines." Several times, concerned about my water consumption, I thought about turning back. "I'll just go up to that next bend and see." This went on for the next several bends. Finally I met my first people on the trail. They just happened to be my neighbors and they had driven all the way around to the hot spring parking lot at the trail's end. They assured me that "You're almost there and you've got to go on and see the ruins too." Groan. I trudged on and finally came to the hot spring. It was not what I expected. 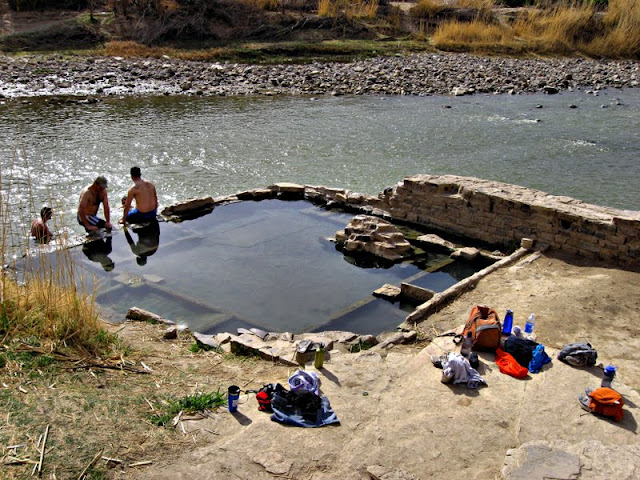 I thought it would be a natural spring bubbling up from the ground, forming a little pool which the water flowed out into the river. And I didn't expect to see people frolicking around in it either. With a bit of disappointment I pushed on a little further to see the ruins of Langford Ranch. 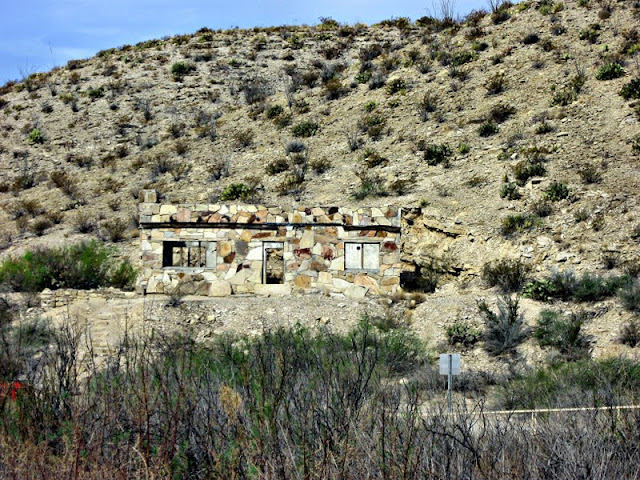 Back in the early 1900's Mr. Langford discovered the benefit the hot springs had for his sickly body and opened a bathhouse and accommodations for visitors who could come and partake in the healing waters. 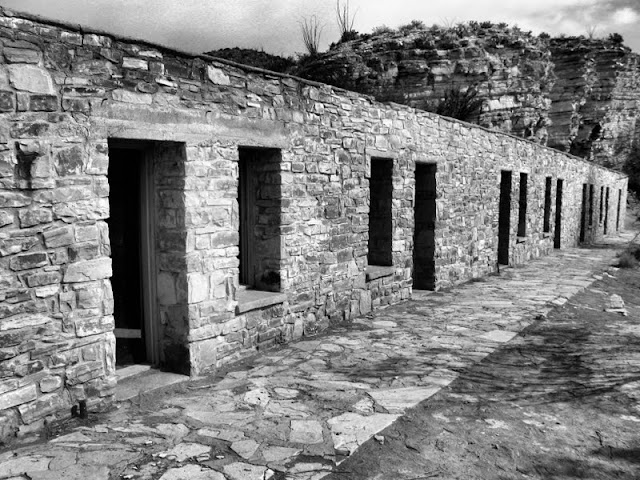 All I could think of was getting this tired, parched and sickly body of mine back down that trail and to some refreshment. I met Jim from Ohio under the palms at the ranch. He had just hiked the trail, and was surprised to find out that I did too. He suggested we could hike back together. I was a bit apprehensive in doing so, as I've never hiked with anyone before, plus I wanted to beat feet back. But rather than coming off as a snob, I agreed. It was the best thing for me to do. I walked at a slower pace (didn't get as warm) and the miles (those 3 or whatever they were) went by seemingly faster. Jim was good company. My water held out too. 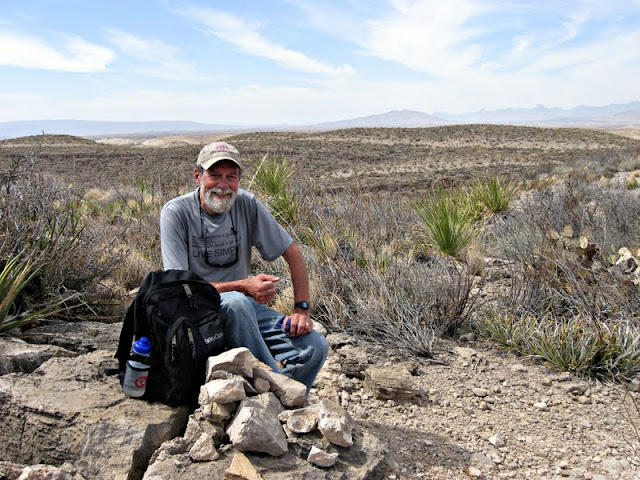 In the end, this was the best part of the entire hike. A fossilized ammonite. Had not the ring of rocks been placed around it, I could easily have stepped right over or on it. Notice the penny for scale. 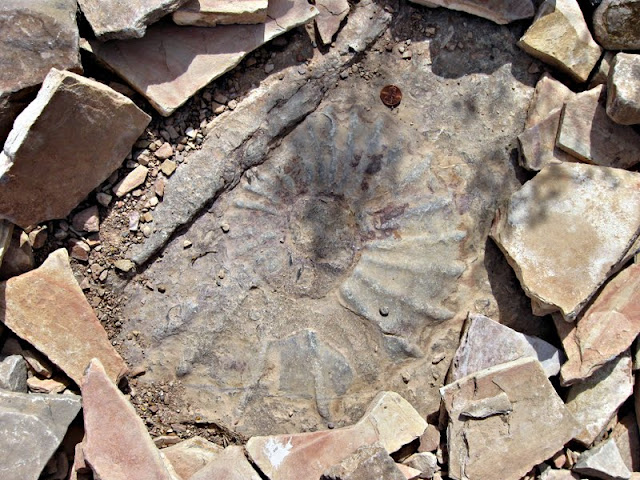