On the Long Long Road

(Viewer advisory - some TTWP* ahead)
Soon after Contrabrando we came upon this rest stop. The Texas Highways Division has great imagination. 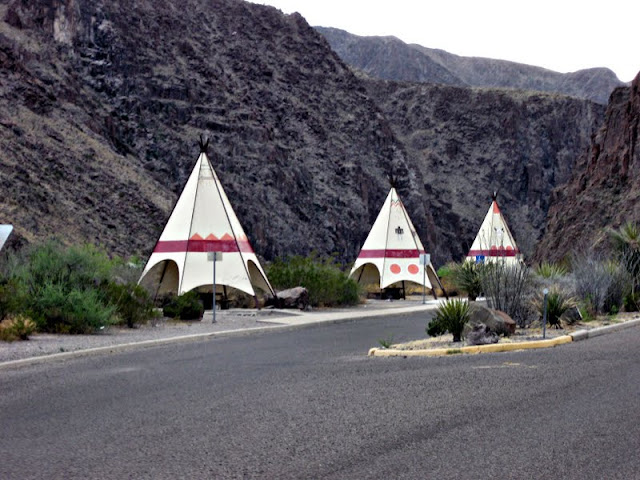 We must still be in Texas. 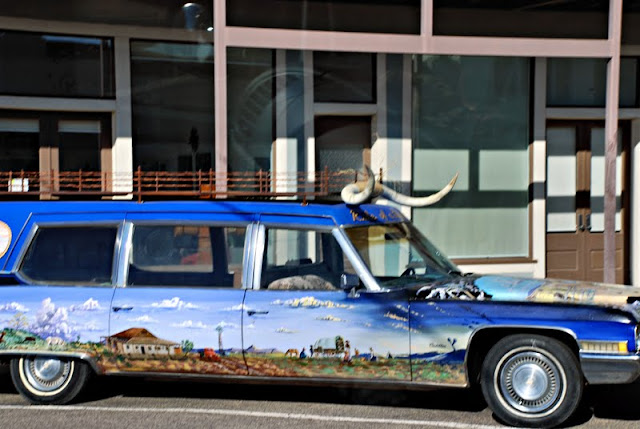 We turned north at Presidio (nothing there to write home about) heading for that evening in Marfa. 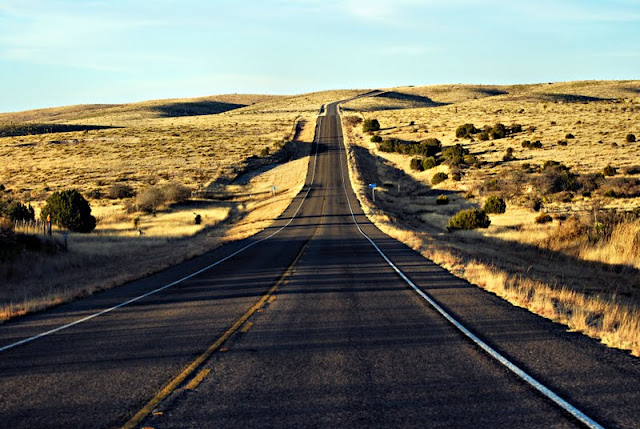 The next day we were on the same highway we came down on a week earlier. I could now be prepared to stop at some spots I noticed coming in. Why didn't I stop then you ask? Well by the time I see it, it registers in my mind, I process the information, then debate on whether to stop or not, I'm a quarter mile past it and then need another 100 yards to slow down the Little House on the Highway, all the while looking for a place to turn around, then by this point I've given up and am upset with myself for the next several miles for being so slow on making a decision and missing a photo opportunity. Grrrr.

This little abandoned cafe was in Valentine Texas, population 217 and named after a man, not the holiday. I saw no one around. Barely any signs of life. About as isolated and remote as a town could be on a major highway. 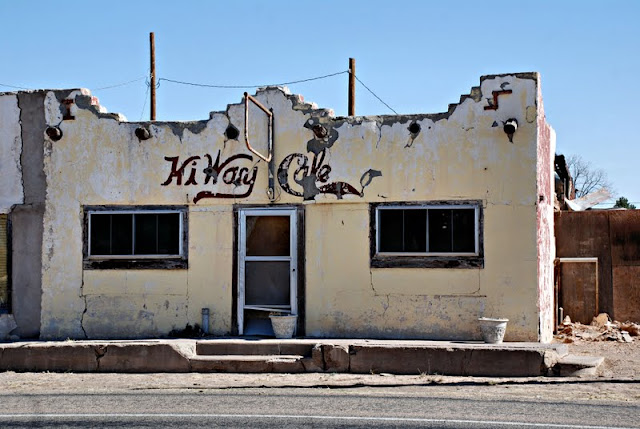 I love the name and the style of writing 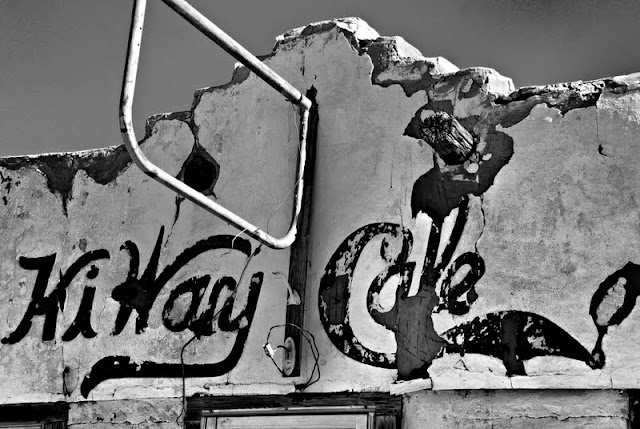 Then a couple miles outside of Valentine, with nothing else in sight was this. 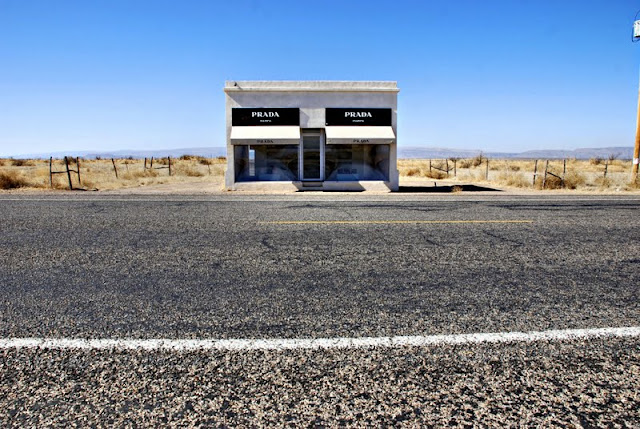 Believe me, I doubt anyone who stopped for this did not have to back up to see it.
That is what the two guys in a car had done when I passed it the first time the week before. 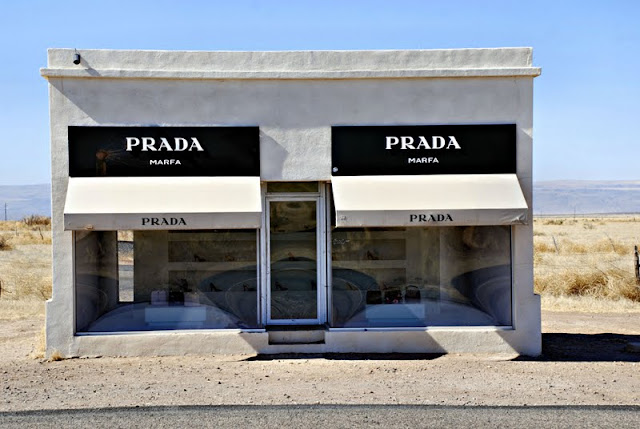 It was just a conceptual art piece and nothing more.
Pretty cool I thought plus it broke up the boredom from of all those empty miles. 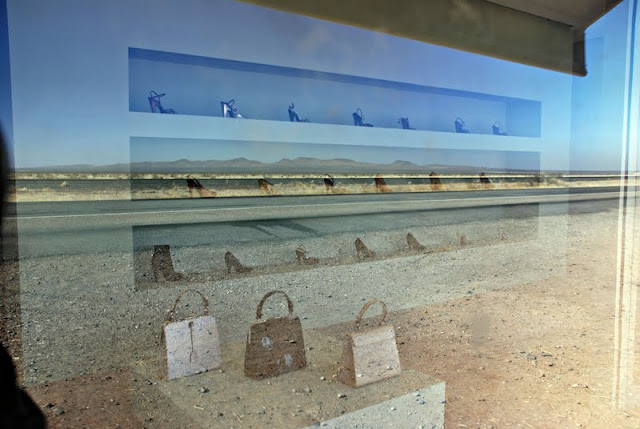 In fact you can see how bored my co-pilot was. 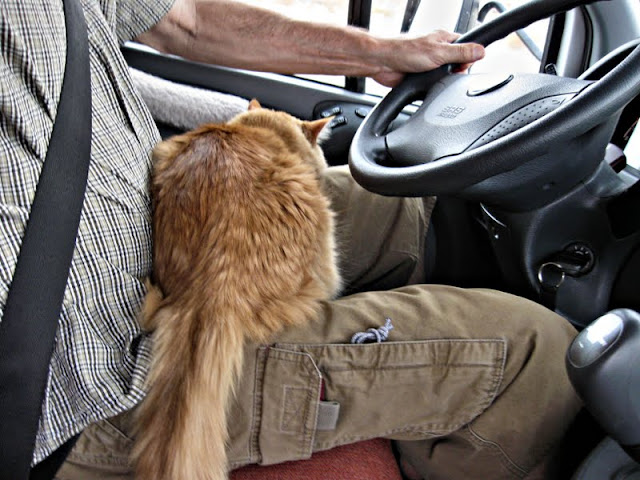 *Through The Windshield Photography
Posted by John @ Beans and I on the Loose at 6:15 AM