The Spider and the Fly 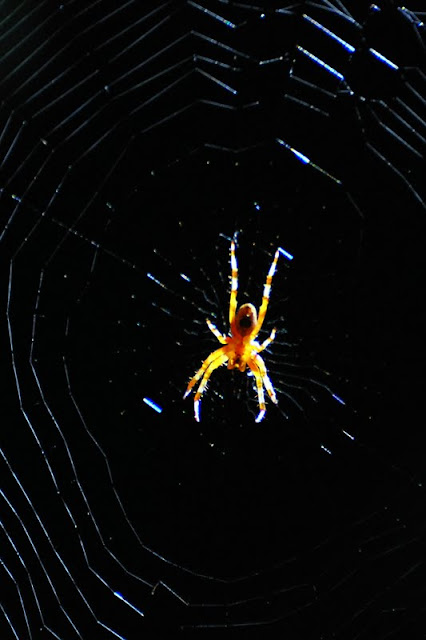 I was unable to decide as to what is more interesting. The spider..
...or the light on the web... 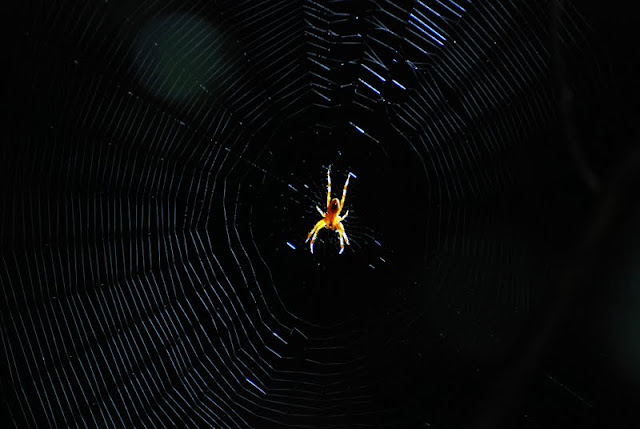 ...or the entire scene itself. 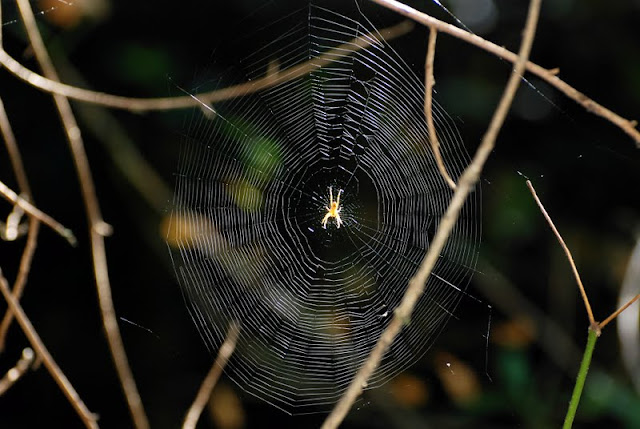 After taking a few shots I wondered if somehow I could get closer. This meant stepping down the slope, through a tangle of thorny berry vines interlaced with poison oak. I then looked back up at the web and a bee-fly had just became intangled. The spider was moving in for the kill. There was no question now, I went for it. By the time I had my footing somewhat stable, I looked back to the web just in time to see the bee-fly break free from the web, saving itself and the spider retreating to safe hiding beneath the leaves to sulk about a missed out meal. Drama missed. I undid myself from the brier patch and continued on my way. Poison oak doesn't bother me as I seem to have some sort of immunity to it.
Posted by John @ Beans and I on the Loose at 8:54 AM