It's a Small Green World

Two days later I went for a trail run and stopped on the way back to check out the newly found mushroom patch featured in Sunday's post. Gone. Stripped clean. Not a sign of them ever having been there. The mushrooms must have been of the edible kind and the deer had a gourmet snack. So this explains why I had never seen them before in spite of my numerous times by this spot. Whew! I'm not totally mental...yet. Here are some more pictures taken after the mushrooms, as I try to get some practice in with the 105mm macro. 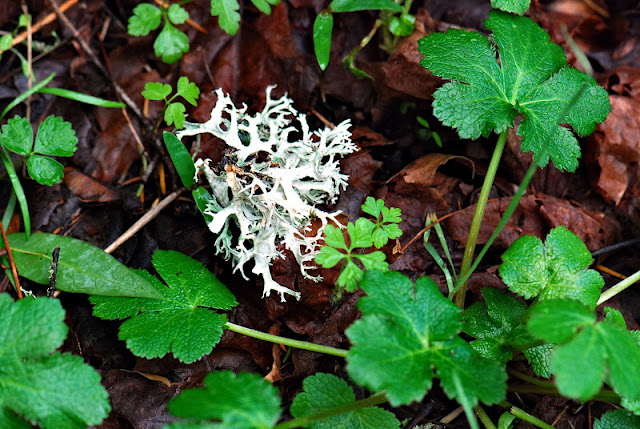 Now for those who enjoy the ferns and moss. 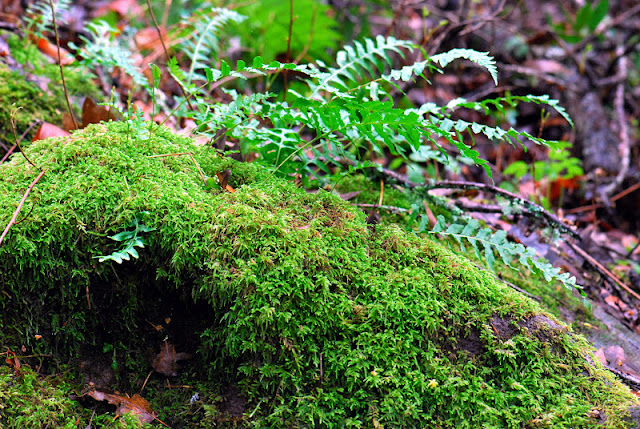 There's just so much of it around I have a hard time deciding what to photograph. 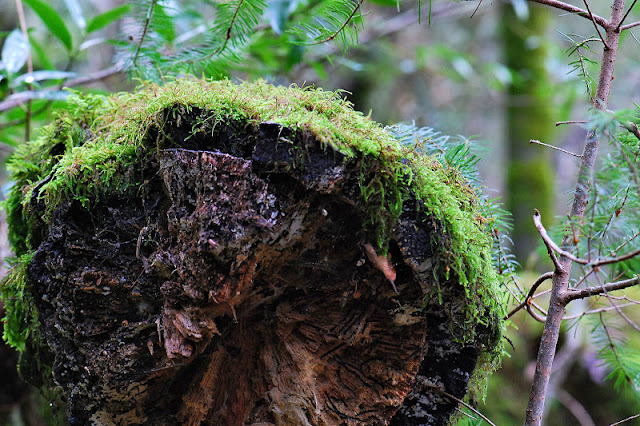 Looks like the moss enjoys life on the bark but not tree itself here. 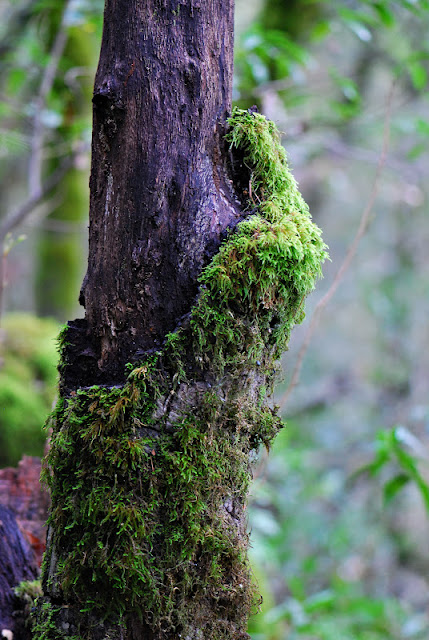 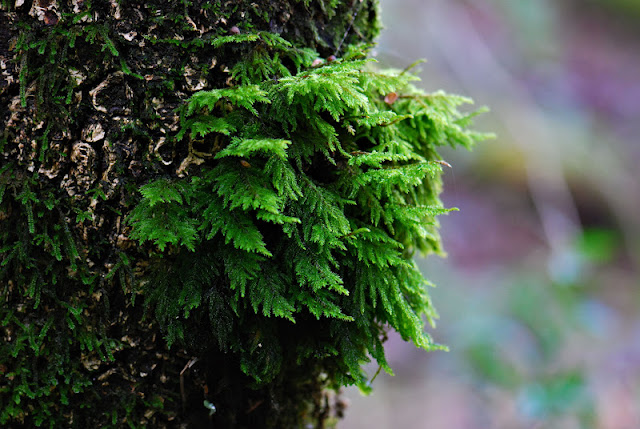 Here I was trying for the delicate hair-like tendrils sprouting up but missed it with the depth of field.
Yet just before I deleted the picture I noticed the fine growth, like a dusting of green powder on the post and I was happy with the accidental capture of it.
So always look before you delete.
I noticed too, the little something off to the right. It looks like a beetle but I don't think it is. Zooming way in on the picture I still could not tell what it is. Just below it is a very small nail and I suspect that "something" may be a larger nail from left over wire fencing. 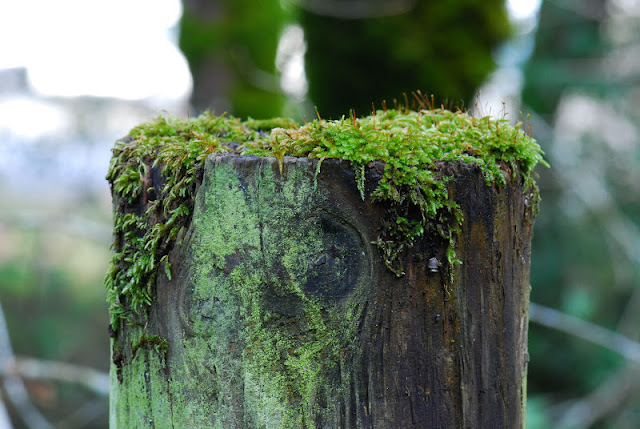 Here I succeeded, to a degree, with the little guys standing tall. The sharpness isn't quite there, even though I am using the tripod. Perhaps because they are so small I should have used my remote shutter release (not my finger) and had the vibration reduction switched on. It's all part of learning. 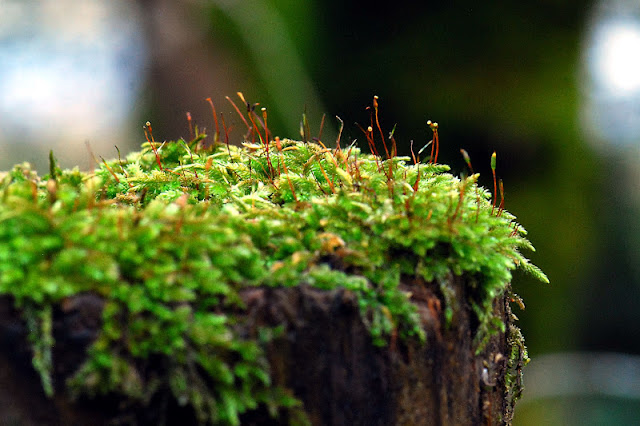