Shooting in the Dark

During yesterday's mountain bike ride I stopped next to a stream for a break. There alongside the water white butterflies were frolicking about in the mud. I pulled out my trusty Canon point & click, got down on the ground and took these pictures. The only problem was that it was so bright out that the glare and reflection off the LCD screen of camera was so great, couple that with wearing dark sunglasses and bad eyesight, the images were nearly impossible to see. So I shot away hoping for the best, and this is about the best of that. 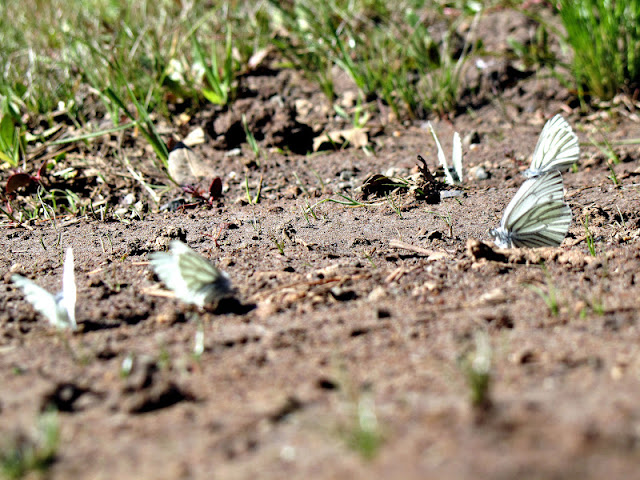 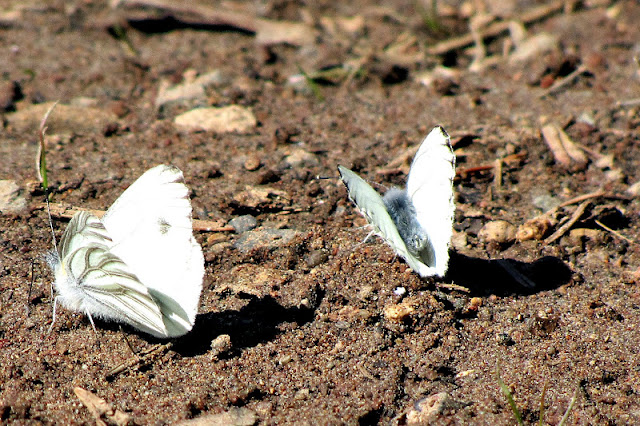 I think this would have been real good of the one butterfly in back but somebody hogged into the picture. 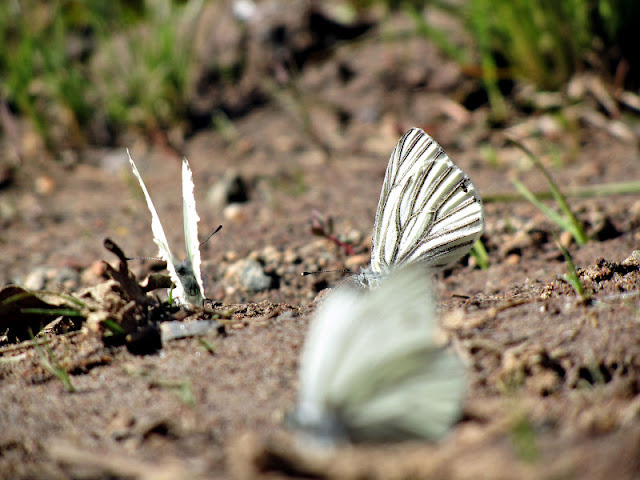 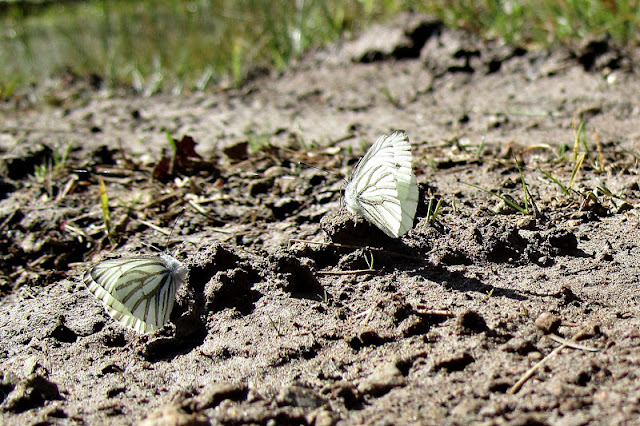 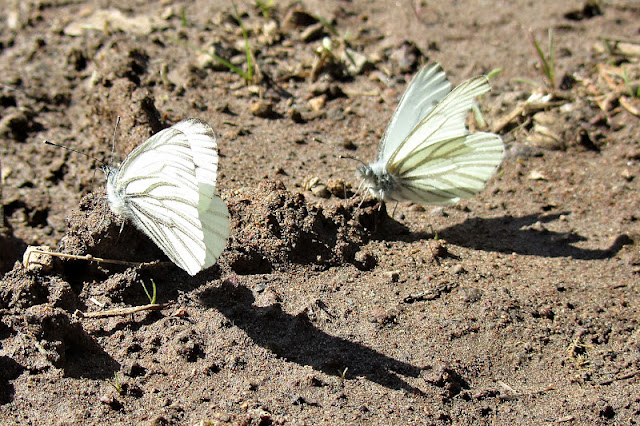 And there was this guy. 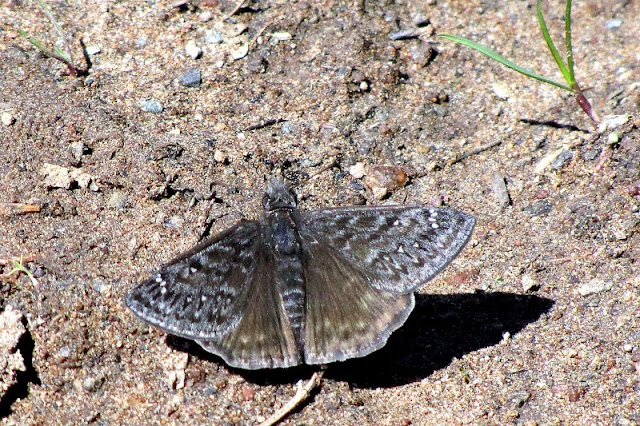 As I was picking myself up from the ground this woman came running along the trial. Being as we were way far out from anywhere, I asked where she had started from as to try to figure out how she could make a loop out of her run in order to get back where she began. Well it turned out she was doing a 16 mile run saying "I'll be out here for most of the day". Good grief, I don't even go that far on my bike!  30 years ago though, when I was her age, I could of said the same. "Sigh" I got back on my bicycle turned around and went home.
Posted by John @ Beans and I on the Loose at 6:32 AM