It appears the rest of the photos are a bit off on the far white end of the spectrum also yet overall not too bad for a first time endeavor. I think I've realized I am not really a soft water person. I like looking at what others do but to do it myself I'm not really into it. The hike in, setting up and taking the photos was all fun to do but I guess I am more into what the eye sees than a special effect for my photos.

There were a few inquiries from the previous "Soft Water" post as to how this is done. First of all, a tripod is mandatory because it involves longer exposure times than one can hold a camera still (which is around 1/60th of a second). I use a remote shutter release but you can also use the timer release on the camera. Most all of the images I included on these two posts were at a range of 1/5, 1/10 or 1/13th of a second at f/8. I think this was my downfall. Too long of an exposure. The picture below is the same scene as the first picture of the previous Soft Water post. This one though is at 1/50th of a second with the lens wide open at f4.5. The water is not as soft - it looks more like water. Take into account it was an overcast day and I had nearly full overhead coverage of trees. In an open setting I expect the one could have a wider range of settings they could use. I would guess too that in bright sunlight I don't think the camera could be slowed down enough to create "soft water" without over exposure, but I don't really know not having tried it. 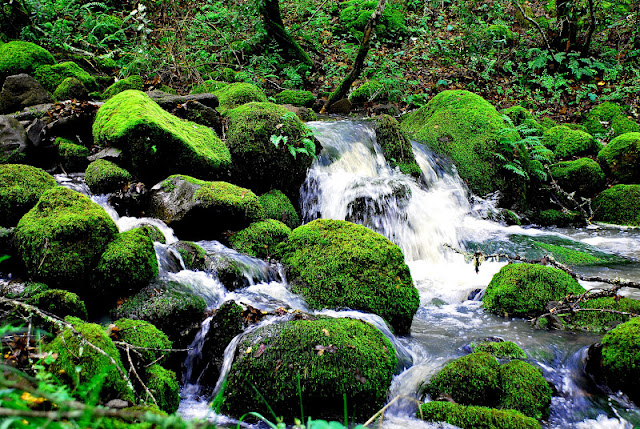 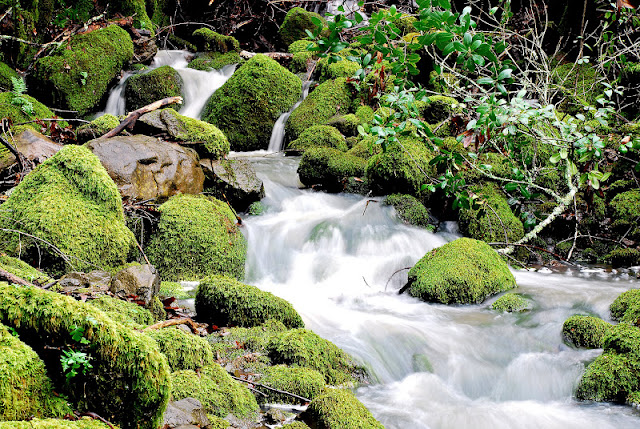 This shot was done at a faster shutter speed so as you can see the water is not as "soft". The original was very much darker (under exposed) because of the faster shutter speed but this allowed me more room to brighten it up afterwards. One can't really do much if it is over exposed. Yet I could only go so far or again the white in the water gets blown out of detail. 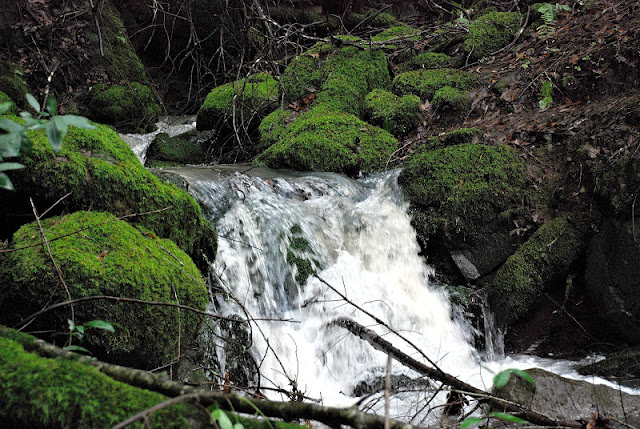 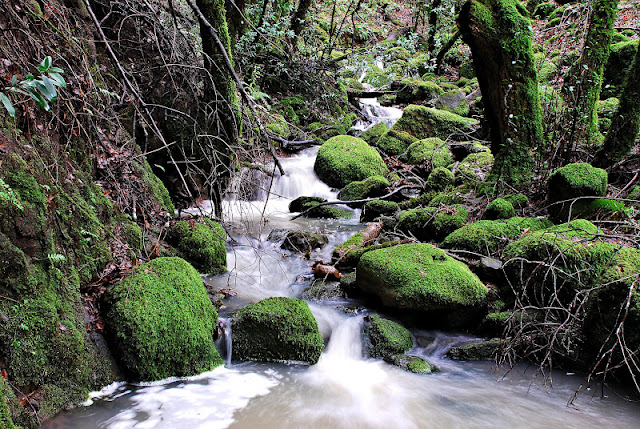 This is looking down upon the above shot after I climbed a bit higher.
Notice the rock surrounded by water center left. It looks like it doesn't belong, as if it was drawn in.
Probably due to too long a exposure thus 'stretching' the water out too much? 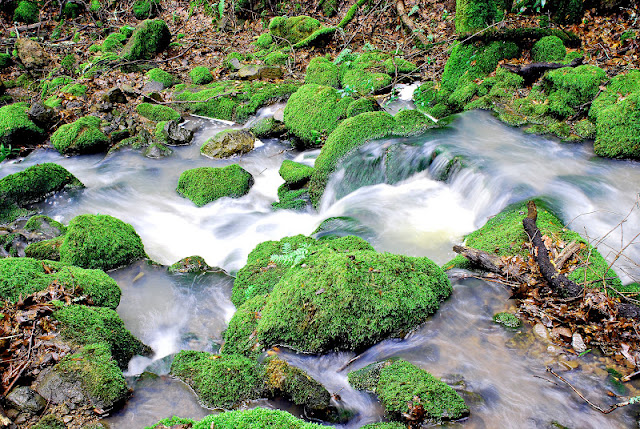 Another faster shutter speed (under exposed) photo, then brightened up with my photo program. ﻿ 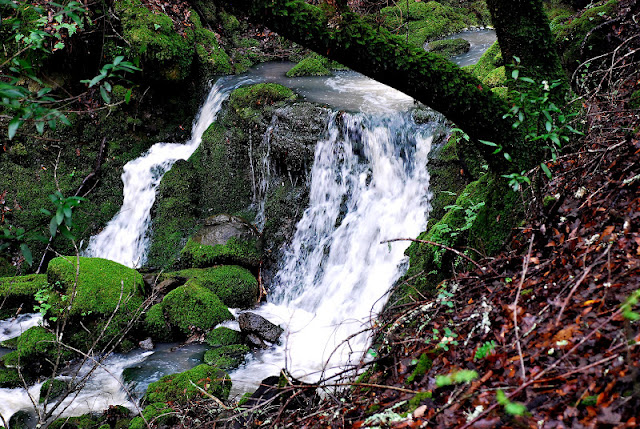 By now I am into new uncharted territory (for me) and the canyon was getting narrower and steeper.
Tomorrow I will conclude this series as the 'adventure' was getting a bit sketchy at this point.