I mentioned a couple posts ago as to how expensive everything must have been for it all had to be brought it from far away over rough roads.  There are two roads into where Bodie lies, the main one being 13 miles long coming off of California Highway 395.  Another off of Highway 120 than runs along Mono Lake is longer.  Back in the day, the late 1870's, these roads were all rough-cut dirt and gravel made for horse or mule drawn wagons.  In time automobiles came on to the scene and the roads were improved...some.  Today that 13-mile road is paved except for the last few miles.


Rest assured, the improved road back then never looked this good. 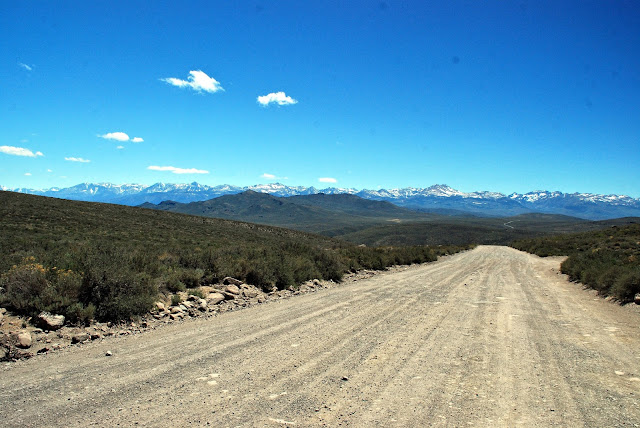 By 1879, 5000 to 7000 people lived in Bodie just as the gold boom began to die.
So imagine hauling in food, supplies, building and mining materials, and of course fuel.
Keep in mind Sacramento and San Francisco was a couple hundred miles to the west
on the other side of the High Sierra mountains. 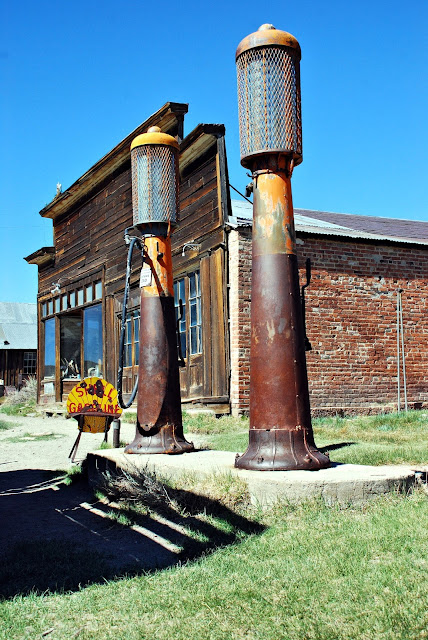 By 1910, 698 residents stayed on in Bodie rather than to move on to other mining opportunities.
Ten years later the population dwindled down to 120 hearty souls.
I wonder how much per gallon gasoline must have cost back then over normal prices. 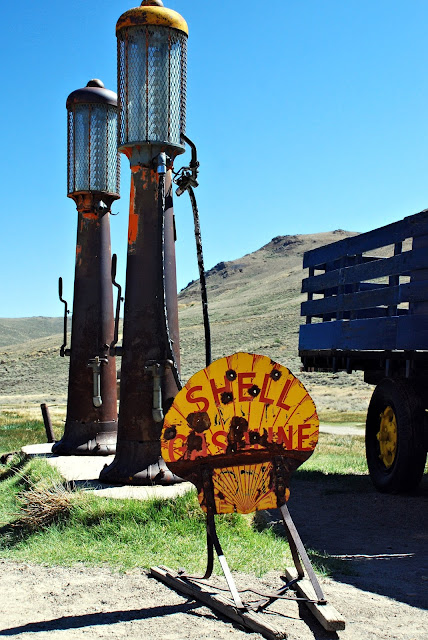