Bodega Bay is the setting for Alfred Hitchcock's 1963 horror film The Birds.  This is the school house used in the film.  In the movie it gives the impression the school is near the bay itself but in reality it is inland a few miles separated by hills and you cannot see the ocean from anywhere around the school house location. 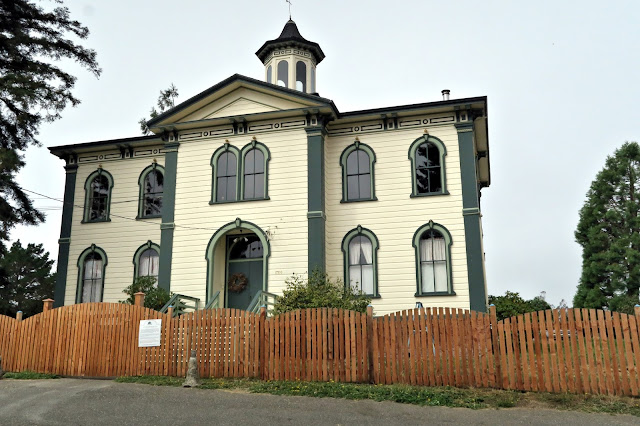 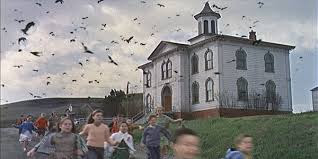 This is the hill the kids are running down away from the attacking crows. 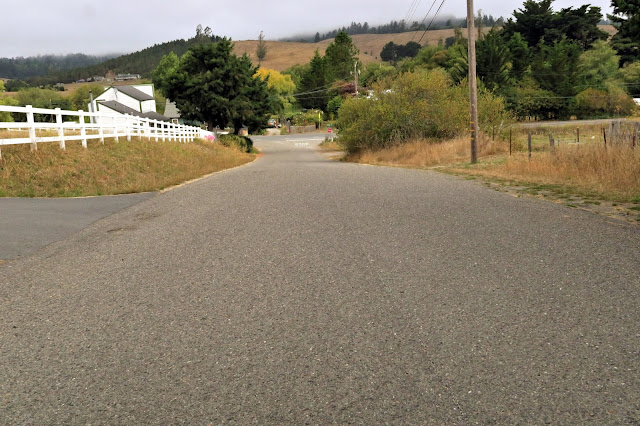 I was thinking there was a from the behind scene in the movie
but this is all I could find and it is looking uphill. 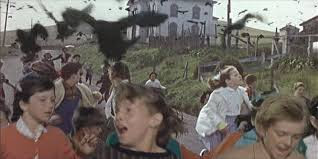 I'm surprised no one has made a remake of The Birds now with the computer generated imagery they use in movie making these days.  Well there was a half-hearted attempt back in 2007 but development of the movie sort of stalled.  Tippi Hedren (the leading lady in Hitchcock's film) stated her opposition to the remake saying "Why would you want to do that? Why?"
Guess you don't mess with Hitchcock. 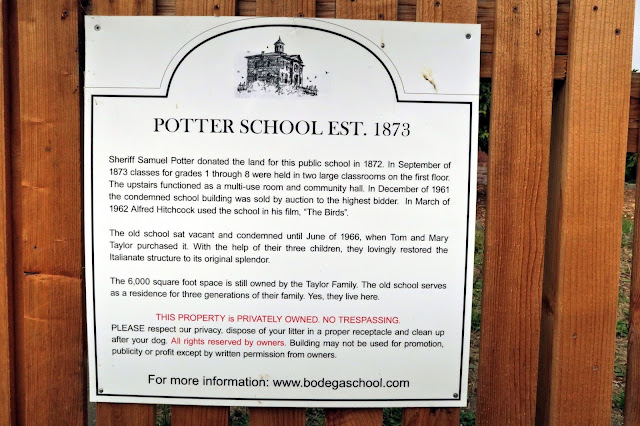 One doesn't make a trip out to the coast without getting a large cup of clam chowder.
I like the red style myself.  Yes, it was delicious.
It was half gone before I thought "I'd should have taken a photo!" 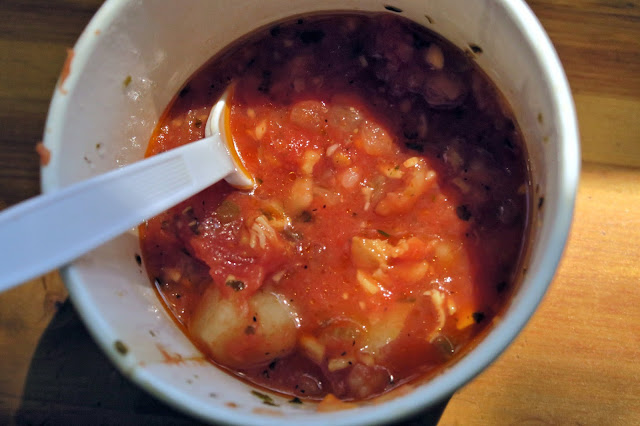