Last night was a close encounter between the moon and Mars, close in the sense as we view them in the sky.  The article I read said this wouldn't happen again for some period of time but I've forgotten what it was.  I was surprised my little camera did this well zoomed in at 100mm.  You can kind of see the reddish hue of Mars.  Viewing Mars with the naked eye it is even more noticeable. 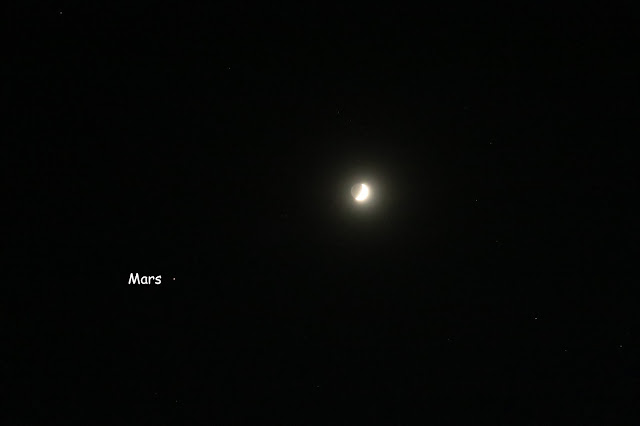 This is the same scene taken with a "Starry Night" setting on the camera.  It does bring out the stars more but doesn't like the moon and you cannot zoom in either.  It was a pleasant evening to just sit out and gaze up in the sky like the ancient ones used to do.  Today there is so much light pollution from city lights we have to go to remote places such as where I am now to really appreciate the beauty of the night sky. 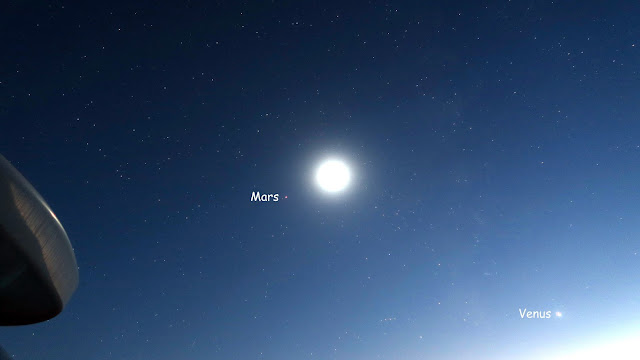 A few nights earlier Venus and the moon were in the same position as the Mars encounter. 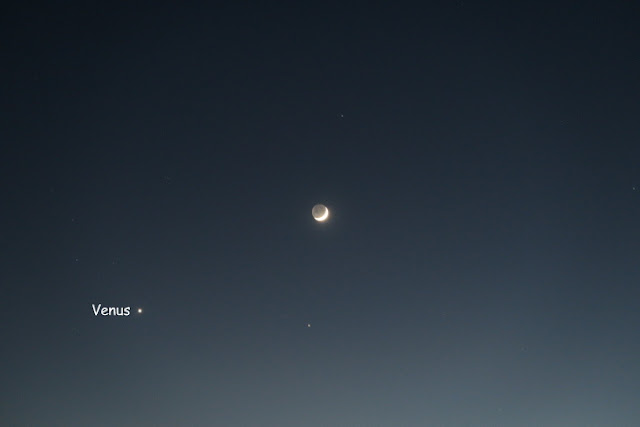