Today's episode is brought to you by Rinky Dink Engineering Inc.
In the past Sinbad and I were always on the move and in doing so this kept the batteries charged up.  This time out is the most I've have stayed in one spot so the engine hasn't been running and I rarely use the generator in the coach part of the RV.  So my wimpy 45 watt solar panel seems to be not up to the task of charging my batteries each day.  I thought perhaps if I tilted the panel directing it right at the sun for full effect, this may help.  What should have been a less than an hour job took me over 6 hours to accomplish.  My wimpy drill had to be recharged numerous times just to drill four new holes in aluminum brackets. 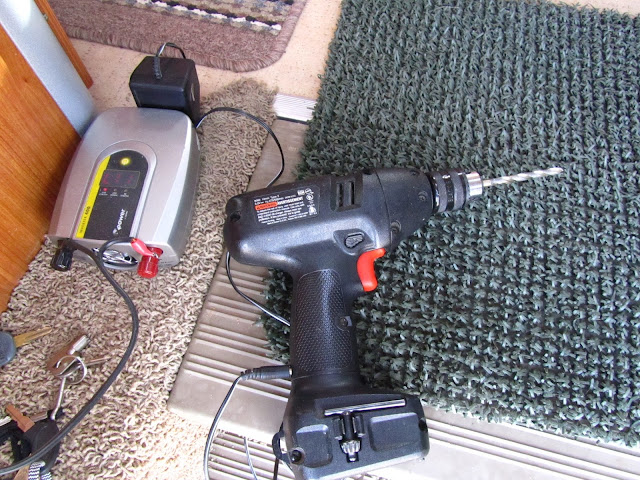 While waiting for the drill to recharge each time I went scrounging the desert for materials needed for the project.  This is my workbench, a stump of firewood that was at this camp when I moved in.  My lucky find of a piece of twisted aluminum I straightened out, cut and drilled holes to make a support.  There wasn't enough workable material to make two supports like I wanted. 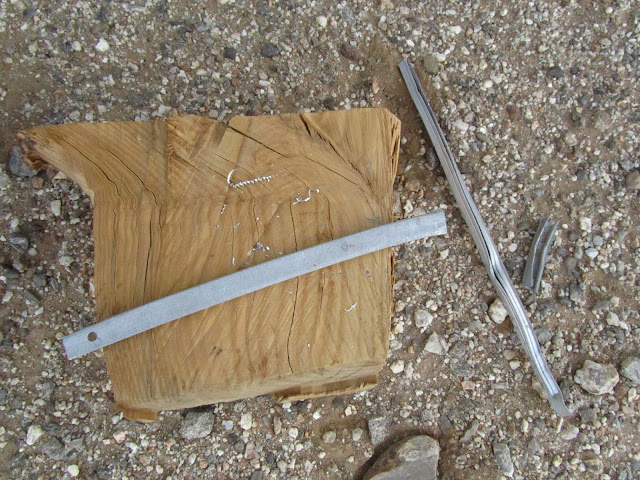 The wire handle to a bucket which will hold the panel up at an angle.  The panel needed to be secured somehow as the wind could catch it, away falls the wire bucket handle and SLAM! the panel crashes down onto the deck.  Not good. 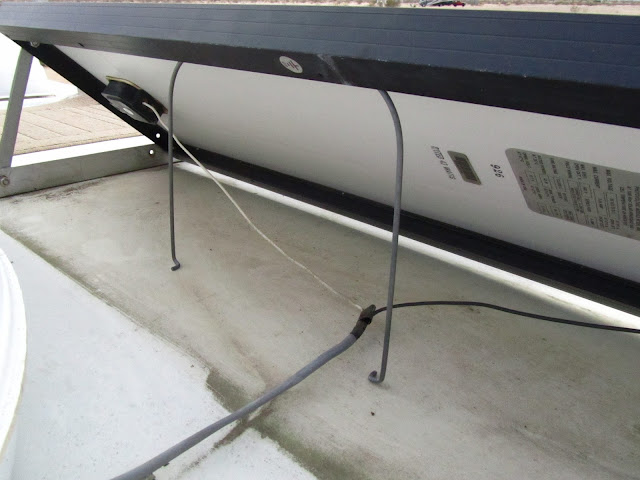 This is why the aluminum strip.  Once I leave here and get into a town I will go to a hardware store and get some proper aluminum angle and make a support for each side and get rid of the bucket handle.  But this will do while here.  You can see the rusty hole and the other hole in the panel frame.  It was set too far back to allow the panel to tilt so the new holes on each side were needed.
Wimpy drill would get the hole part way through then peter out repeatedly. 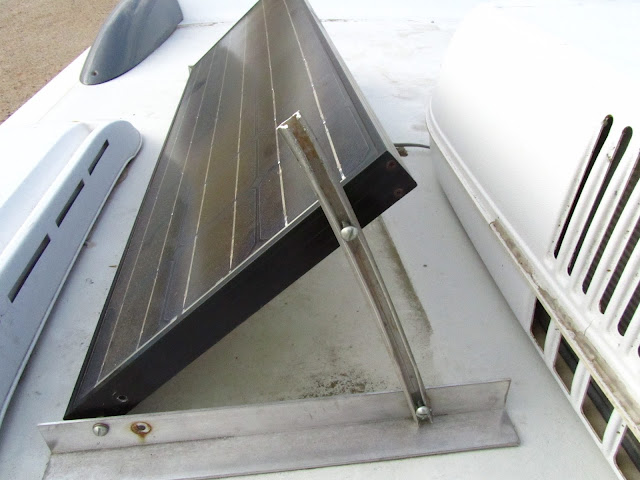 I really wish I had kept count how many times I climbed up and down the ladder in back to get onto the roof.  Had I any idea, I certainly would have kept a tally.
Anyway, in the end it was all fun...kind of.