After the first couple of days in the desert I realized my mistake in leaving my tire covers at home.  The desert sun was cooking the tires on the one side.  Oh if I just had something to cover them with.  Even some cardboard would do.  Then one day a week or so later I spotted what looked to be some canvas in a dry wash.  I pulled it out from under the bushes, flattened it out and realized that it was a windshield cover people put on the car they are towing behind their RV.  "This might do."  Back at camp I cleaned off the caked mud and dirt, duct taped some tears, cut it in half and clamped them in place.  They aren't the prettiest tire covers but they are doing the job. 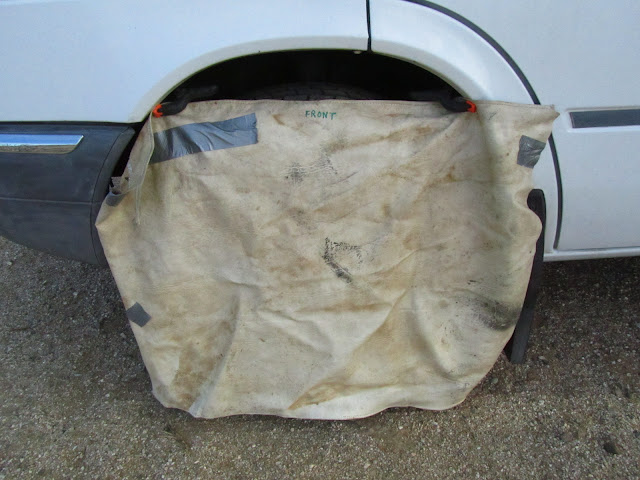 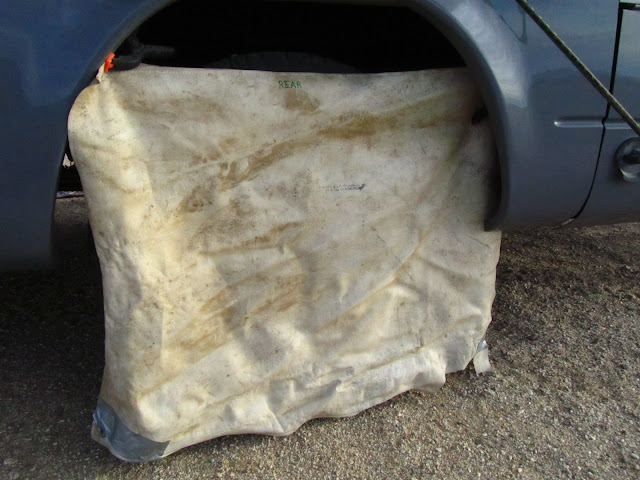 Then there was the spare tire that was getting baked but only for half a day.  Well, when I was working on that solar panel modification the next day I thought I'd hike along the highway and maybe find some better metal for the solar panel supports.  I found only a license plate.  On my way back there stuffed under a creosote bush from the flood waters was something black.  I pulled it out and couldn't believe my good fortune - a tire cover specifically for a spare tire!  After cleaning it up I found it fit perfectly.  Not only that, but its nicer than the one left at home sitting in the garage! 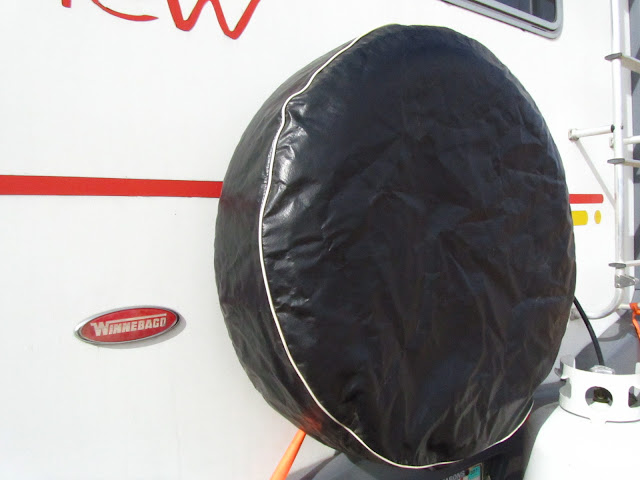