Two huge RVs moved in nearby.  That's two too many.  So it was time to move from "Indian Village" camp.  That's what I called it as long ago probably some little only child kid such as myself, built this cute little Indian Village within the Creosote Bushes close by.  The ruins still stand. 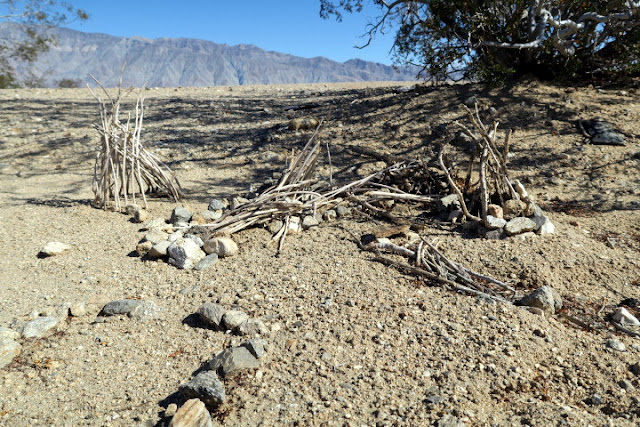 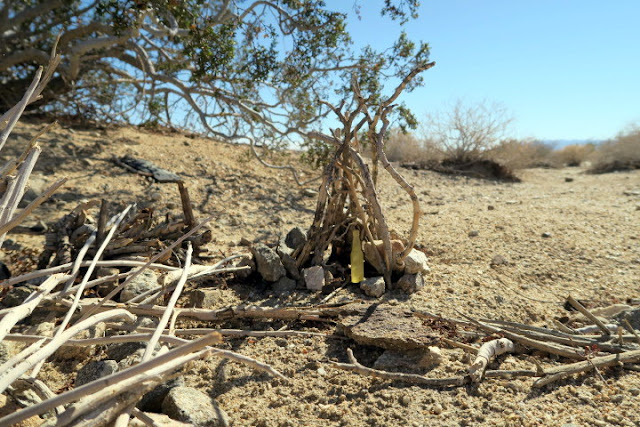 With next week being Thanksgiving week I could see the area becoming more lets say "used" so I packed up and move a quarter mile away where I think I'll be safe from all the hoopla.
I like my quiet.  Here is a neat cloud formation the other evening. 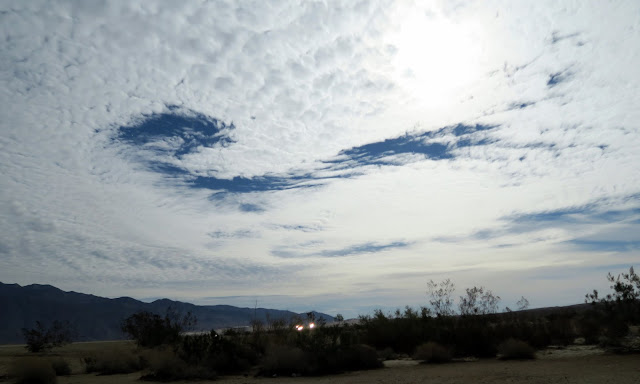 After moving not once, but twice, I went for a little ride and took a picture of the sign for you. 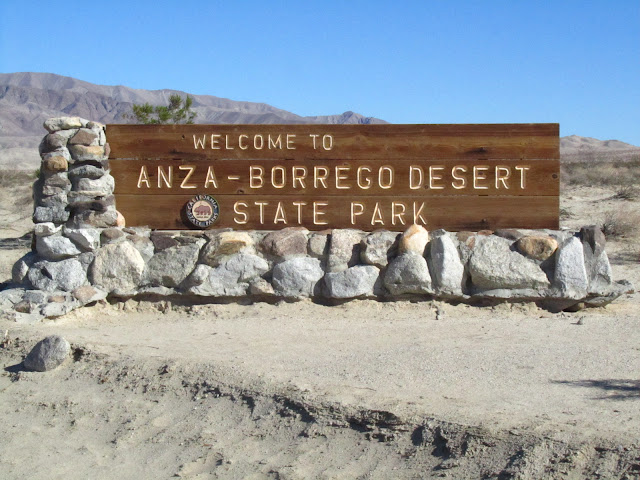 Okay, so why twice?  I moved over to the boundary line of the park knowing no one will be moving in all along the east side as it is off limits to vehicles being State Park land.  After setting up camp I walked back to camp #1 to get my motorized bicycle I left there and ride it on over to the new spot.  When I returned on my bike I saw that the huge RV south of my new spot pulled out while I was away.  His vacated spot was less rocky and offered more of a buffer to the guy north of me, so I moved again 50 yards south.
Yeah, I used to always drive the family nuts in my searching for the perfect campsite.