I went for a ride on my bike up some Forest Service roads
and through some pretty meadows full of flowers. 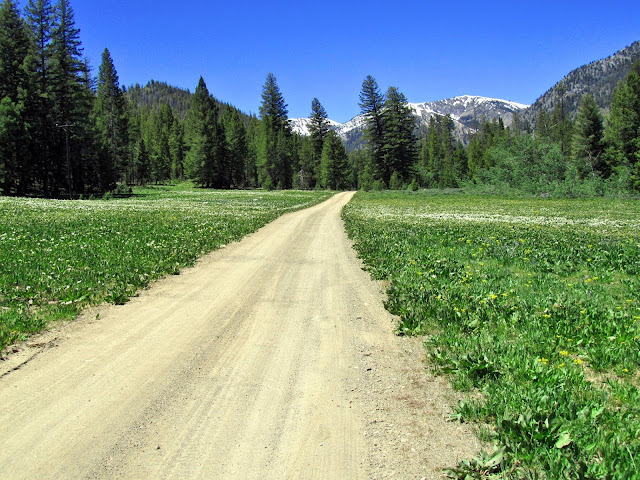 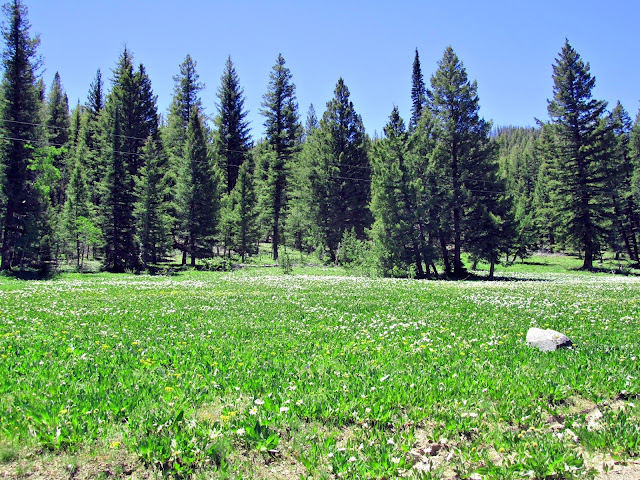 A sign along the road said there are mountain goats to be see in these mountains and lower foothills but I never saw them.  But then how could one possibly see a tiny speck of white way up on a mountainside so far away, even with the aid of binoculars or Hubble Space Telescope? 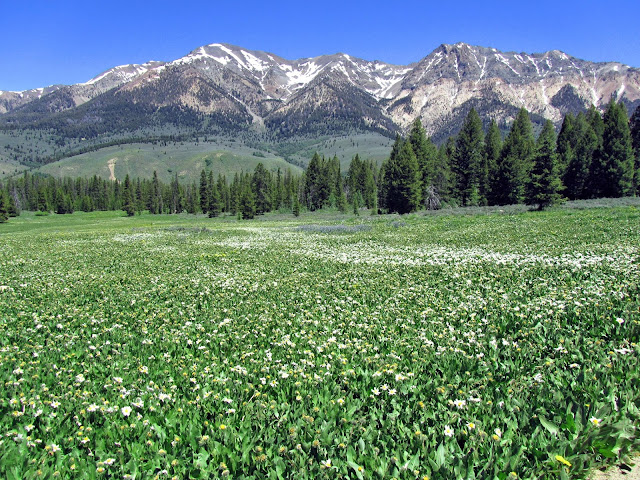 Back at camp I went over to say hello to my only camp neighbors.  They were an older couple (older than I...I think) locals from Idaho and the discussion ended up as to how things have changed in camping and being in the great outdoors compared to 30 or 40 years back.  They were commenting on how people are today and I could only agree with them for they were bringing up points that I was beginning to think is it just me and some bad attitude towards people I've nurtured as I've grown older?  I thought more on our visit afterwards and about how some people are just  Disrespectful,  Inconsiderate, Rude Tourists, and so will be referred to as DIRT from now on.  And with that, later in the day some DIRT moved in and I just had to leave the next morning.
It turned out to be good thing as I found a better place that even has strong cell signal,
something I haven't had in days and was able to update and post onto the blog my grumbling.