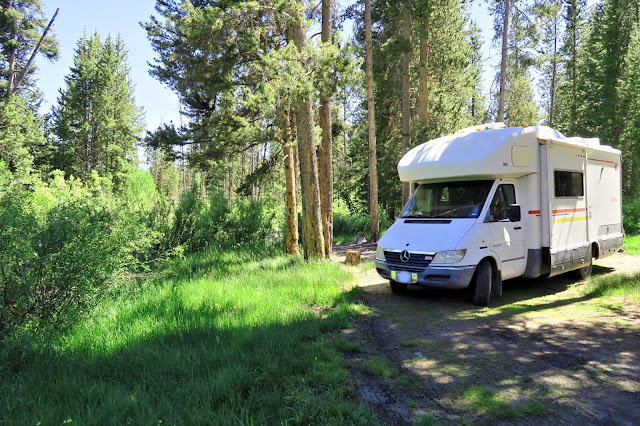 next to the confluence of two rushing mountain streams (drowns out nearby highway noise), 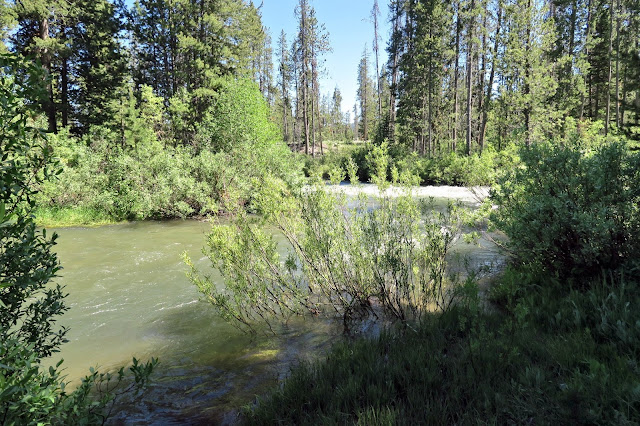 no other campers nearby (nothing need be said on that point) and best of all no
mosquitoes!  How can that be?  The only thing missing was a cell signal so
I couldn't post to the blog. 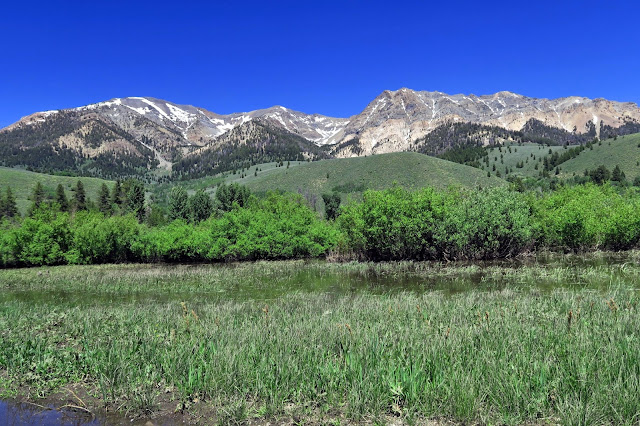 Once I parked I let Beans out on her camp lead and she immediately caught
a bird under the RV.  The scuffle moved out to where I could see that she
had a fledgling robin.  The poor bird never had a chance.  I got them
separated and the robin half flew and half hopped away.  I put Beans
inside and then went and caught the bird and relocated it some distance
away.  It had one feather out of alignment but otherwise was okay.  The
next morning I saw the bird again near camp (dumb bird!) and it flew off up into
the tree so it seems to be getting this flying thing down.

Nearby there was this bridge which I didn't think was safe to even just
walk across.  There are large logs beneath all the plywood but I think the
logs and bridge have just about had it and the locals are trying to
salvage it in some countrified manner.  No thanks! 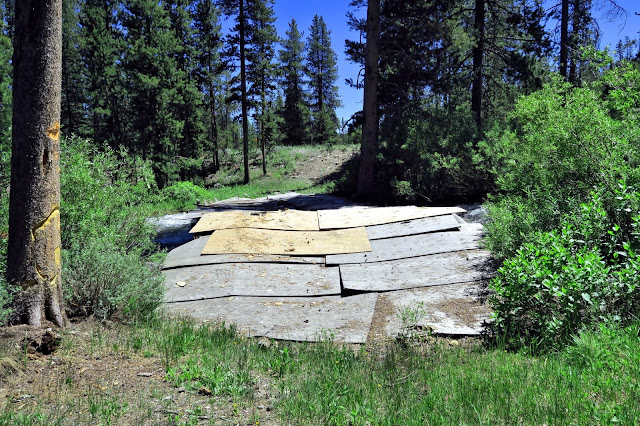