Where we are camped is a side road up to the Taylor Canyon Trail. 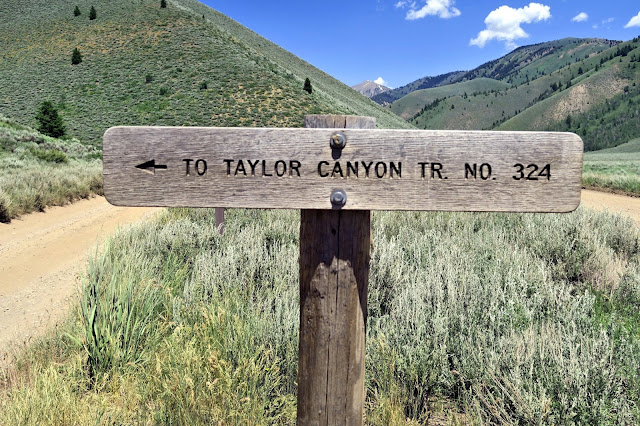 It gets a fair amount of cars going up and back stirring up the dirt and dust as they do so.  I walked up and it was not quite a half mile to the trail head.  Seeing this I saved the hike for a weekday. 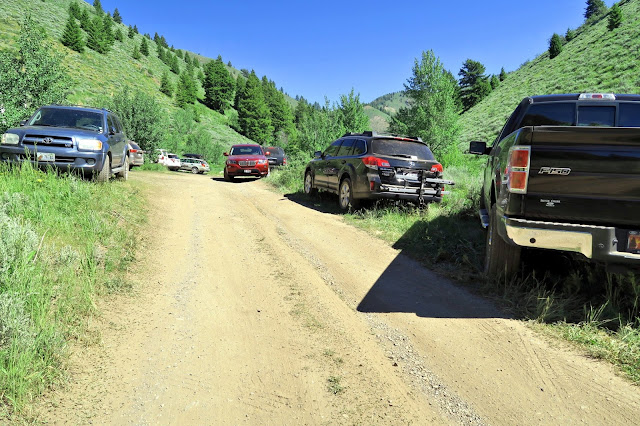 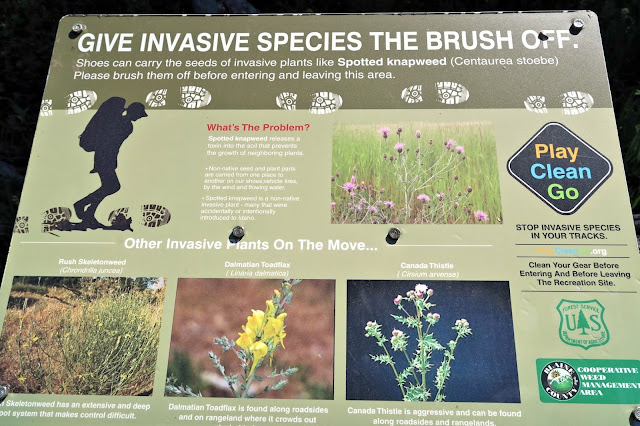 Brush off your boots and then go. 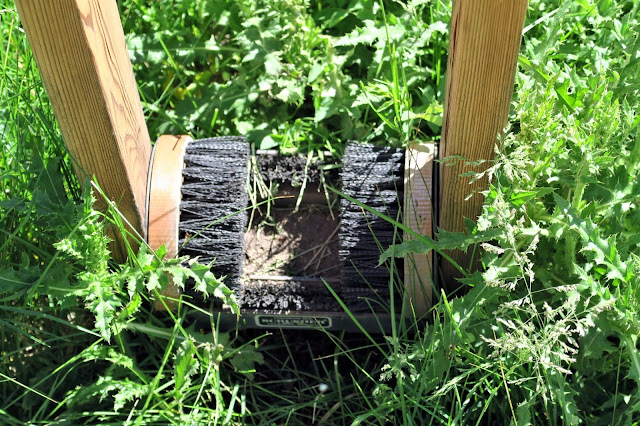 The day I went to hike it I got up there fairly early.  The canyon was still in shade and my hands were cold.   A local woman had just pulled in and parked.  After I mentioned how I wish I had my gloves she agreed out of kindness I suspect for she was wearing really short hiking shorts and a tank top.   She said that she'll do it in reverse to be in the sun more.  Great! I'll follow her for I had no idea where the end of the trail came out.  She turned to me and made a comment as to how nice the sounds of summer were and that was the last time I saw her within speaking distance.
The trail immediately went up and up and up. 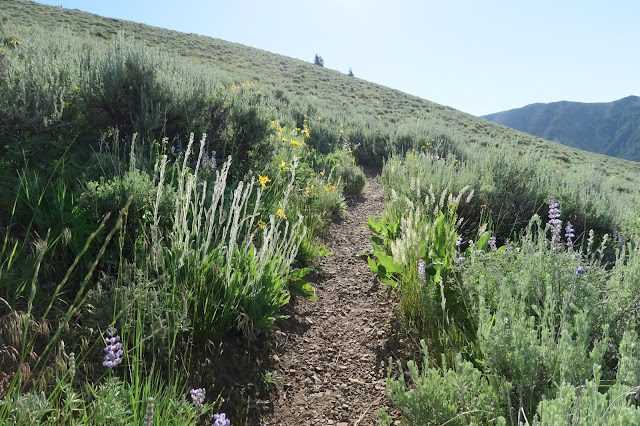 I don't know what I was thinking when I took these pictures. 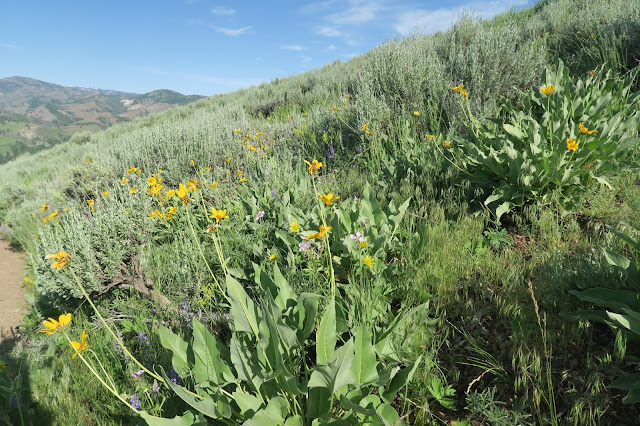 This went on for a complete mile with no level parts.  Climb, climb, up and up.  The trail starts at 6,393' and tops out at 7504'.  It wasn't so much the climb but the altitude.  I am used to one tenth of those figures.  I was grumbling, sniveling, whining, wheezing and thinking about heart attacks.  Each time I stopped to take a picture, look at the view, get a drink I'd look up ahead and there she was a tiny little figure way way up there and still climbing.  "Oh Lord! Is there no end to this?"  Once I slowed my pace down from my usual 3 miles per hour I was doing better...sort of. 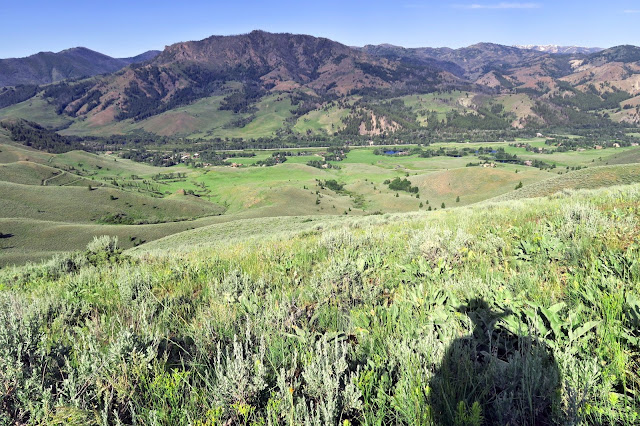 Finally it leveled out and I was fully recovered back to my normal self motoring along when all of a sudden an explosion of birds occurred out from the brush above me.  Scared the bejesus out of me.  I had spooked this grouse hen who burst out from the bushes scaring all the little birds around her in the process. 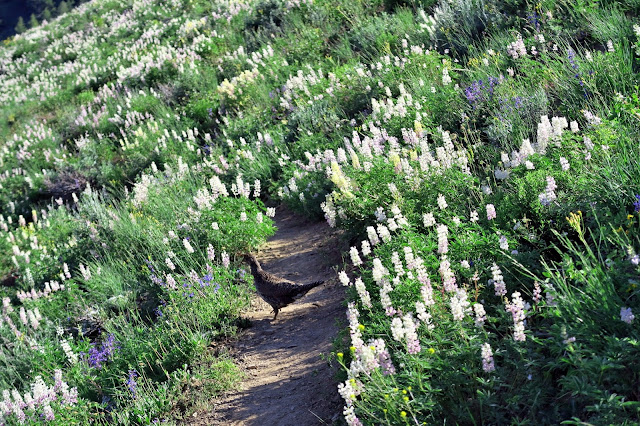 The goofy bird kept leading the way instead of going back to her nest. 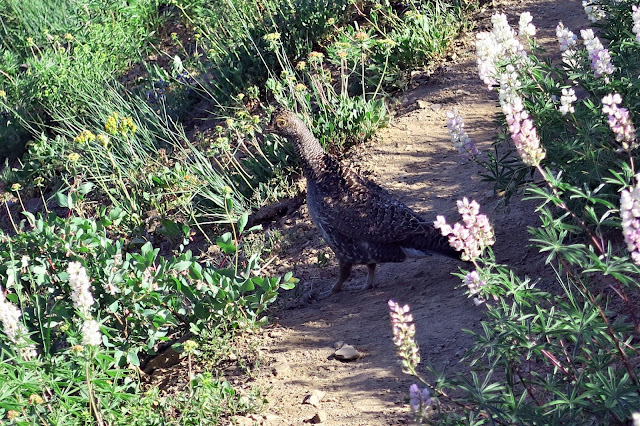 Eventually the trail began to descend and I was glad I went the way I did.   Going the correct way the climb would have been more gradual but there would be that very steep downhill for the last mile and that would have taken a toll on my knees.  Length of trail was 3.82 miles.