I came across this homestead while out on a hike. 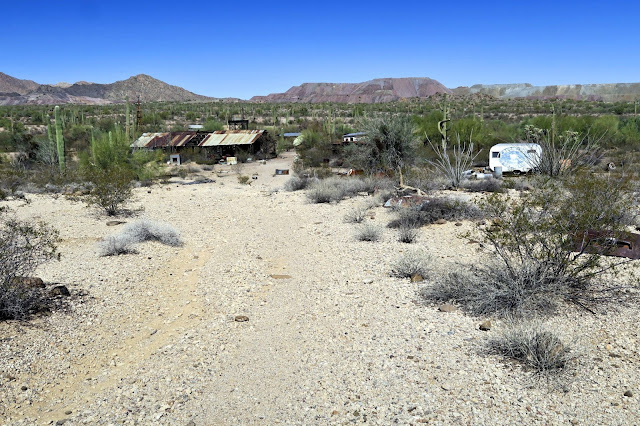 Whoever lived here was a pack rat for there was junk (best word I can describe it with)
scattered all about for over an acre.  This includes several cars and trucks that were left right where they quit running.  That tank was their water supply. 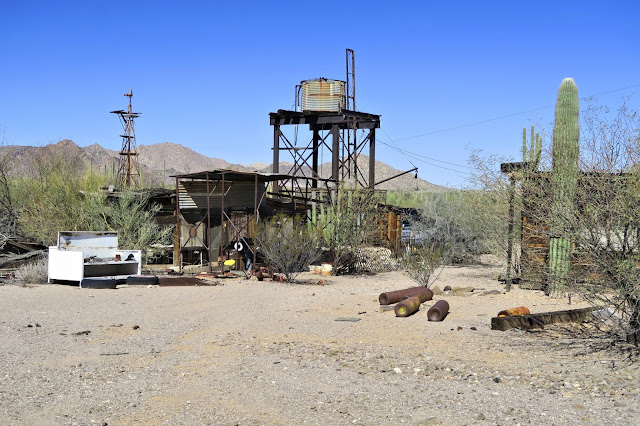 There were lots of animal pens and coops all about.
This may have been for larger animals or maybe just more chickens and the like.
At any rate they had a lot of mouths to feed if all I saw had animals. 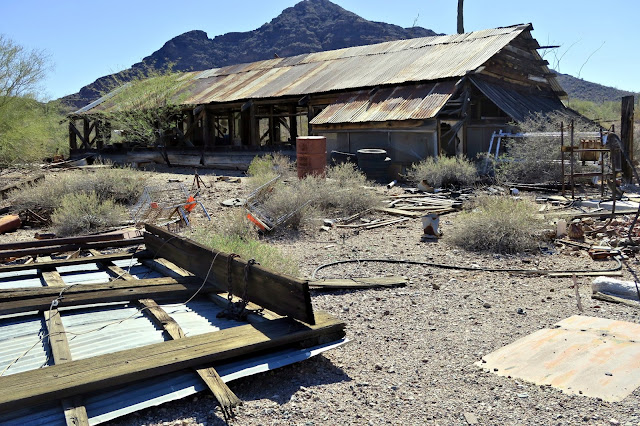 I probably took all morning to feed and water all the livestock.
Could have been for rabbits. 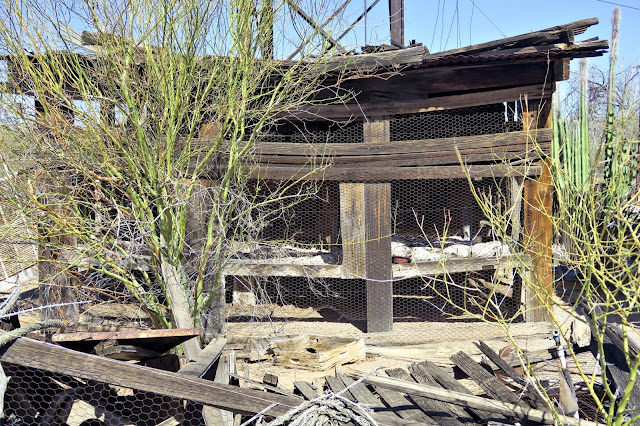 They had television.
In the back was living quarters made up with a trailer and a lean-to. 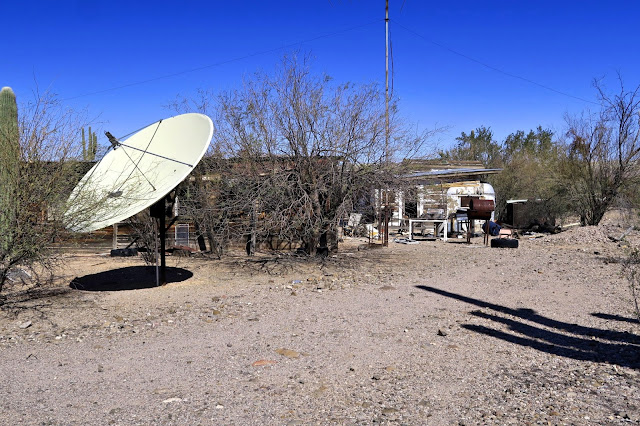 More pens right outside the "house". 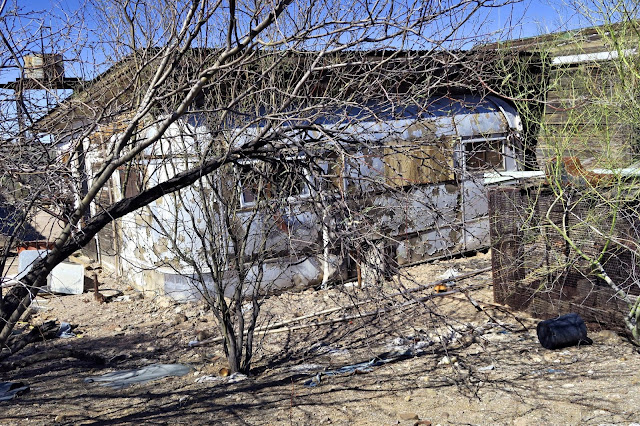 The lean-to next to the trailer.  In the back hangs a woman's dress so there was a woman here too.
I left everything as I found it although I had my eye on a box full of Louis L'Amour western books
right there in the lower left corner. 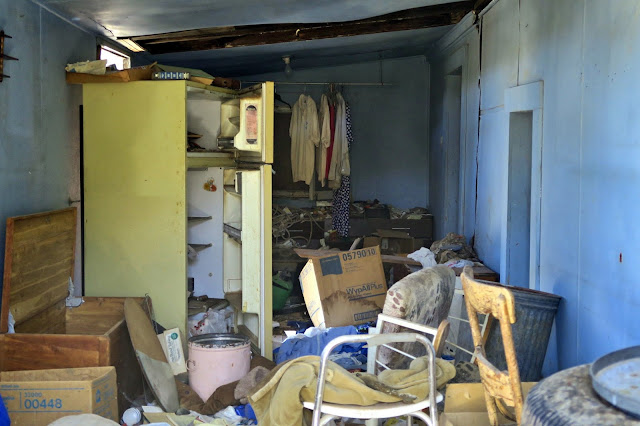 Another building  could have been living space also but it was hard to tell.
At any rate someone eventually needed a wheel chair to get around towards the end. 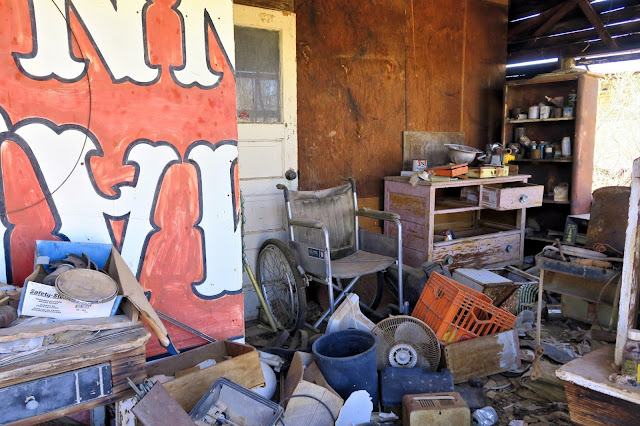 Kind of sad thinking they got old and couldn't be left alone anymore and were taken to a nursing home to die.  Hopefully their end came on their homestead while feeding the chickens.