This one I discovered way out in the middle of nothingness.
There was no solar panel hooked up to it though and the windmill was disconnected. 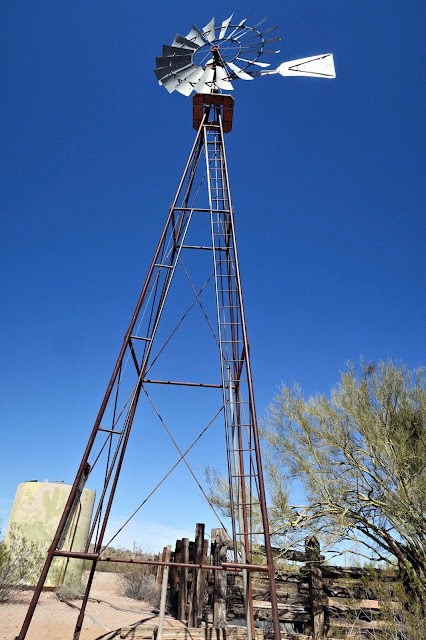 All of this was for a corral that was no longer in use. 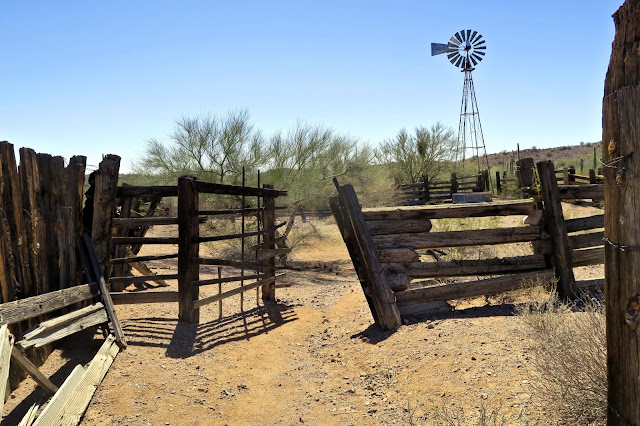 I liked the weather beaten wood which had some color to it. 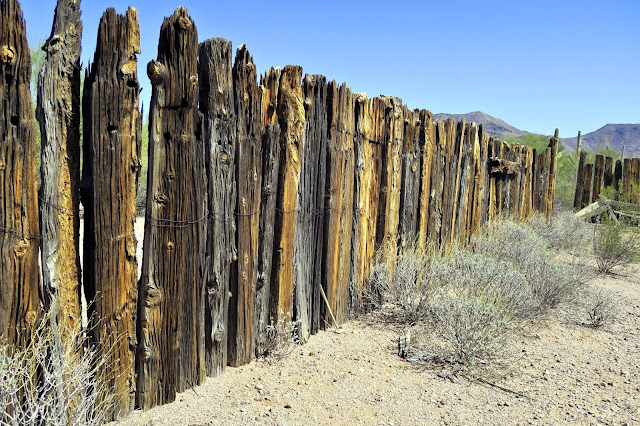 The fence also made for some nice shadow patterns too. 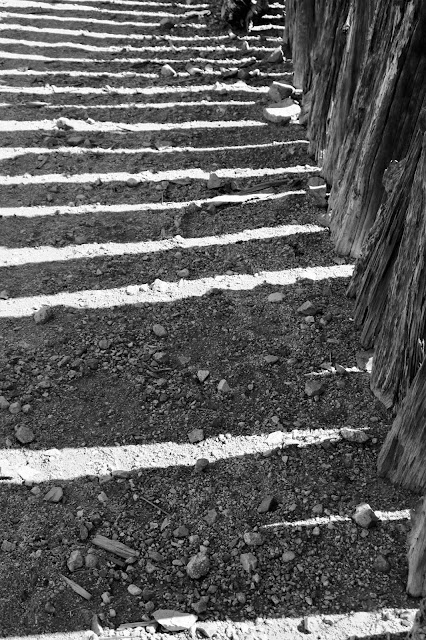 The tank was full of water though and sounded as such when I rapped on the wall.
Water came out from the spigot too.  I thought about it as I was leaving and wondered if wild burros in the area were smart enough to nuzzle the faucet handle and make the water flow.
It took very little pressure on the handle to open the valve.
I bet that is why it was set up this way. 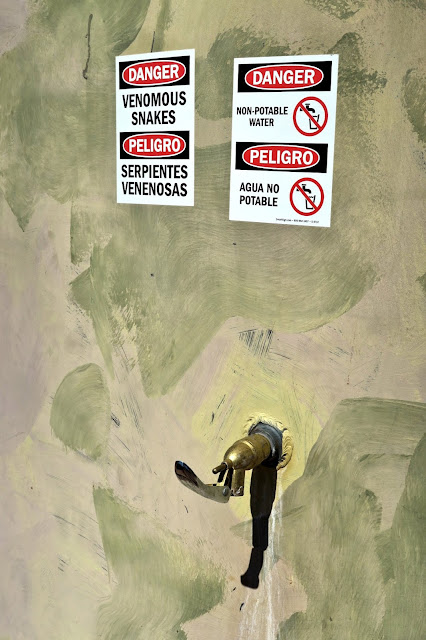