In 1928 during the oil boom of West Texas they pumped so much oil out of the ground in this area that there weren't enough barrels to store in.  Shell Oil Company got the idea to build a huge reservoir with a million barrel capacity. 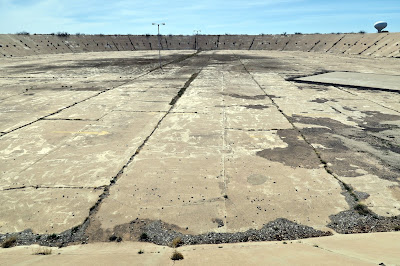 What looks like a high-banked speedway measures 522' x 426', is 35 feet deep and covers 8 acres of ground.  It had a wooden roof structure and you can see the pilings for the supports of the roof here. 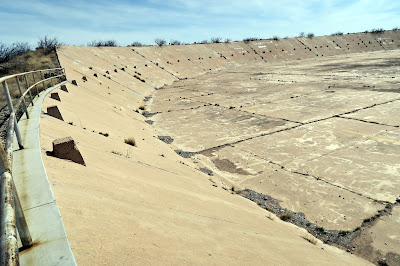 They filled it with oil but the weight of the oil, 315 million pounds, was too great for the cement and it cracked.  Most of the oil leaked out back into the ground.  What remained they pumped out and that was that. At a cost of $250,000 (1928 dollars) to build it was abandoned in a little over a month after the first drop of oil was placed in it.

Imagine one million of those barrels full of oil. 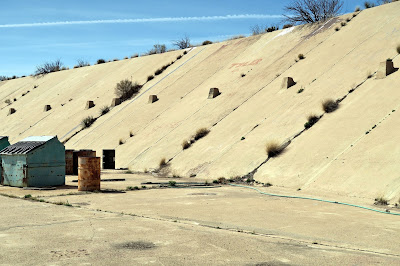 This might have been where the oil was dumped and it flowed on down into the reservoir. 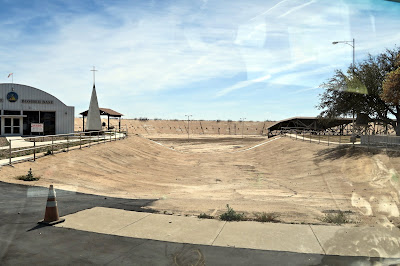 30 years later Wayne Long bought the "barrel" and planned to make a water park from it.  It was to be called "Melody Park" where West Texans could come and swim, boat, fish and even water ski.  He patched all the cracks and filled it with water.  It opened on Oct. 6, 1958.  It closed on Oct. 7, 1958.
All the water had leaked out. 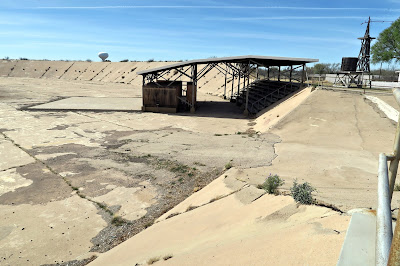 Today it is used by the County for social events and concerts. 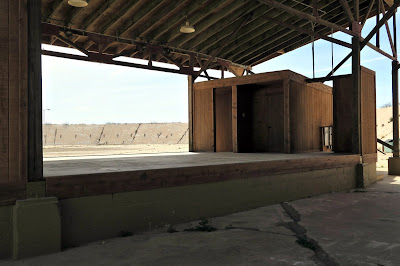 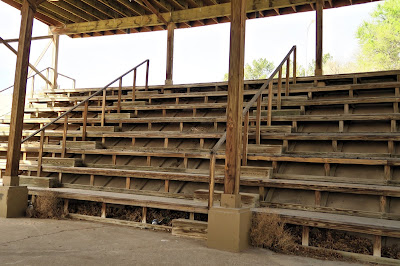