Driving along Interstate 10 in Arizona you begin seeing these signs near Tucson heading east.
They are like every mile, sometimes even less than that. 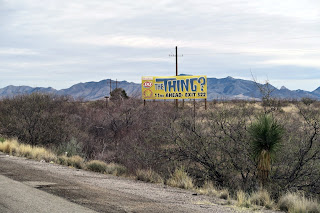 There are around 247 of these billboards in the range of 200 miles east and west.
Someone actually took the time to count them? 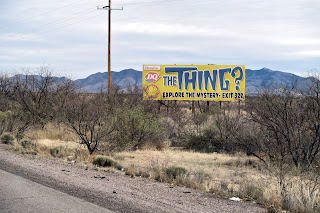 Finally outside of Dragoon (don't you love that name?) you have arrived at The Thing? 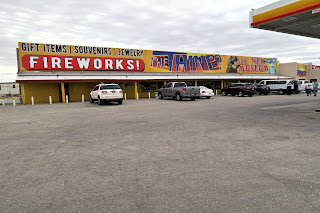 This has been a tourist attraction since 1950.  Unfortunately in 2018 they were in the middle of a complete remodel and all the "attractions" were stored away until the project is supposed to be completed in May.  Guess it was time.  Nice timing on my part though. 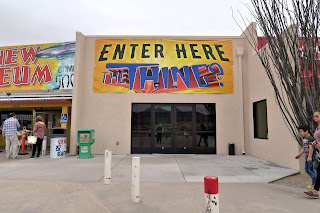 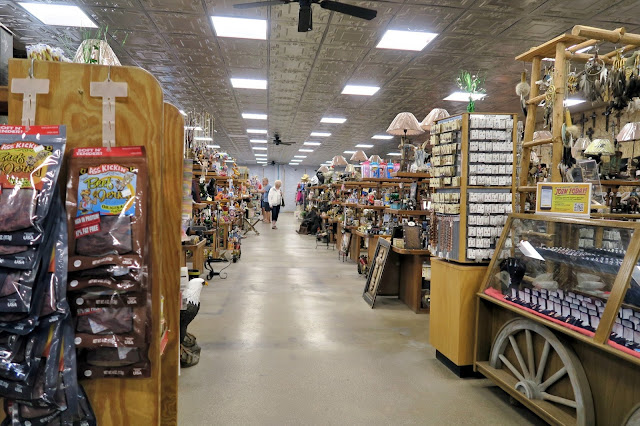 Of all these t-shirts with silly phrases and stupid signs for the most part, the only The Thing? t-shirt to be had was a thin white cotton one that looked very cheaply done.  You would think they'd have invested in quality T's in various colors with The Thing? logo on it.  Nope. 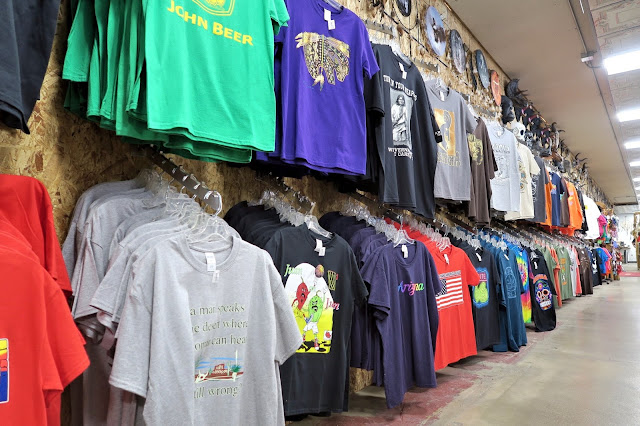 Since there was no museum at the time I missed out on seeing a 1937 Rolls Royce that reportedly belonged to Adolph Hitler, a large steel cage filled with wood carvings of people being tortured "the only one of its kind in the world" (I can believe that) and some other weird and in questionable taste art objects.  But at least they had The Thing? out on display off in the corner in this wood box.
After all, we had to look at those signs for a hundred miles, they better! 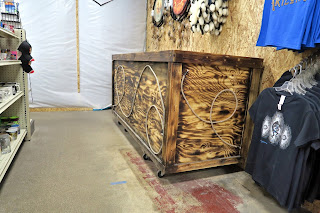 The box was glass covered and inside a coffin with what can be best described as the mummified remains of...a woman and child? 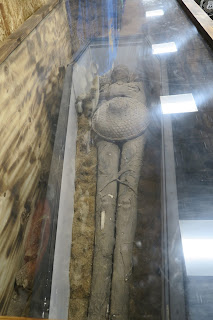 I'll reserve my thoughts on this and leave you to your own but keep in mind being a kid back in the 1950's this was probably the greatest thing to see while on a family vacation traveling across the country. 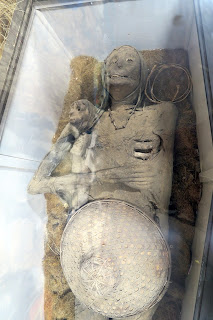 Why the Chinese hat?  To imply it was of Chinese ancestry when you would think being out in the wild west they would want to evoke thoughts of a Native American. 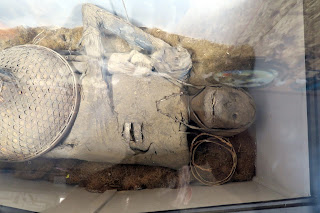 Okay, I can't reserve my thoughts.  It is an alien from another world.
That's much more believable than the large bubble-headed cat-eyed green aliens
depicted with that of Roswell in New Mexico.

With these very long stick legs and arms what else could it be?
Something from out of this world I say. 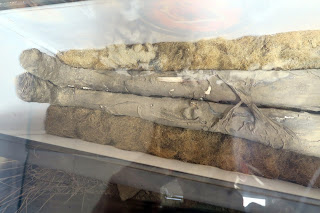 Admission reported was only a dollar to see this in the past.  I suspect with all the remodeling going on that the admission price will change accordingly and there will be some upset people after seeing The Thing?  "We paid (enter the amount here) to see this!!!"

The best part?  We were able to camp for the night around back and had this great view.
Well worth the price of admission. 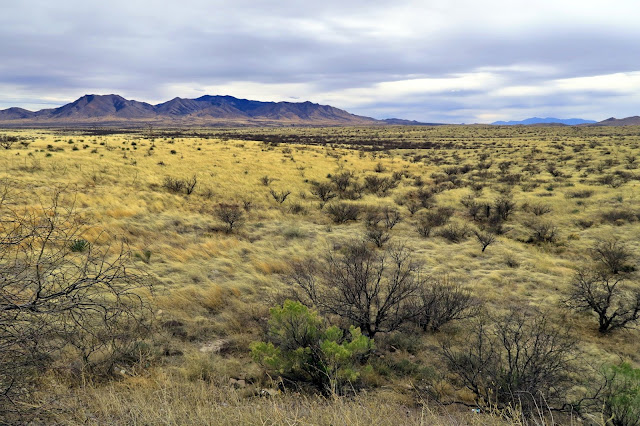