This bug bounced off the RV, hit me then crash landed at my feet.
Obviously they aren't very good flyers but are quite pretty.
It eventually regained its senses and flew off. 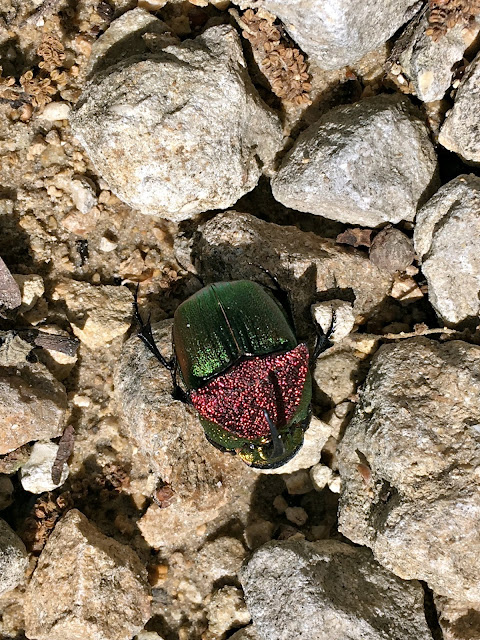 I've seen a Cardinal before on a previous trip to the east.
We don't have them out west so they will always be enjoyable for me to see. 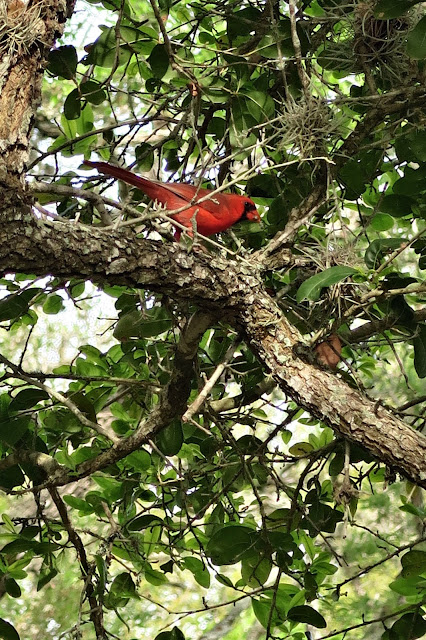 I also saw my first ever scissor tailed flycatcher.  This is the best they would allow me to do in getting a photo.  The camera was zoomed to the max plus I then cropped the photo some.
What a magnificent tail they have. 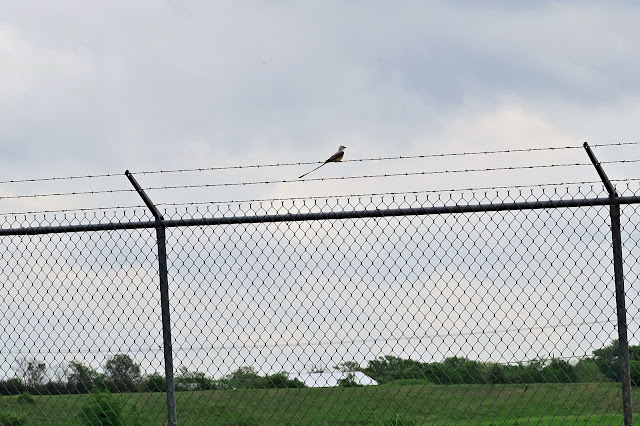 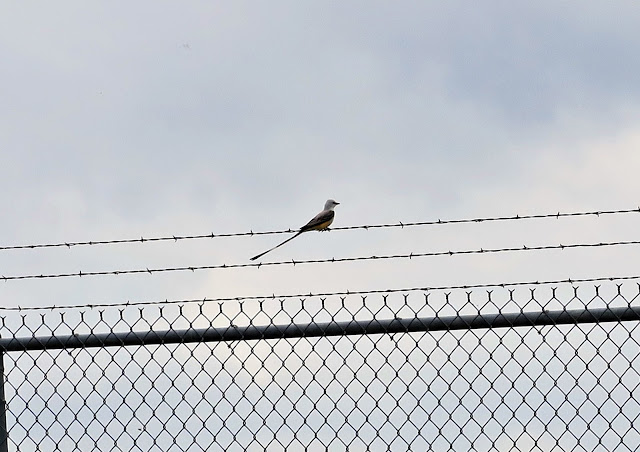 Here I cropped the photo even more.
Amazing what this little camera can capture. 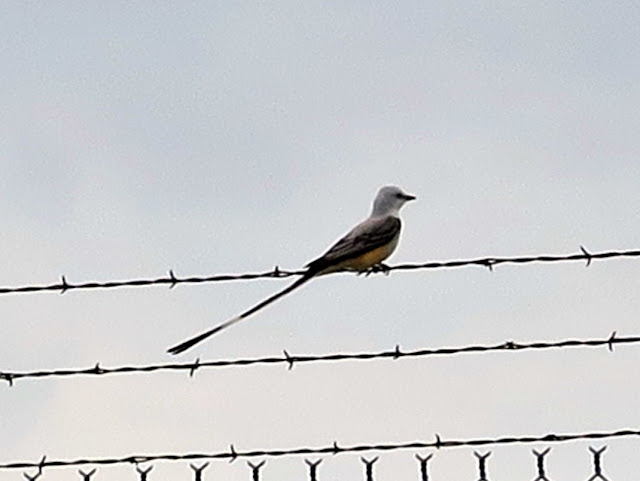 And finally there are these guys...Fire Ants!  They are a non-native invasive species of ant.  This variety is barely one-eighth inch long but they get your attention if you're standing among them.  I was taking Beans for a walk and standing in one spot while she was investigating something.  Then I felt something uncomfortable on my bare feet.  I had about 50 of these little buggers on my feet. 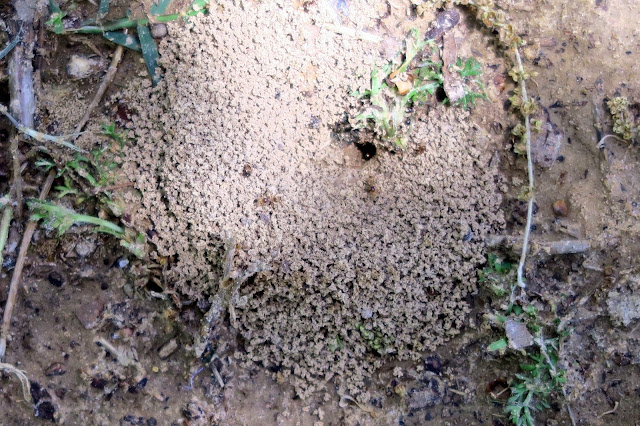 Now the initial sting wasn't all that much.  It was two days later that the several dozen little red spots festered up and became quite annoying.  They didn't itch so much as they felt like, well...on fire.  And so I now know how they came by their name.  I dealt with this for a couple of days.  It was the most bothersome while in bed at night which I suspect being in contact with the sheets aggravated it.
Amazing how something so small which had to have injected such a minute amount of poison can be cause of so much discomfort for so long.  A bit of researched revealed that they are the most aggressive type of ant and about a dozen Americans die each year from fire ants.
You have to look hard but there are two coming from the hole. 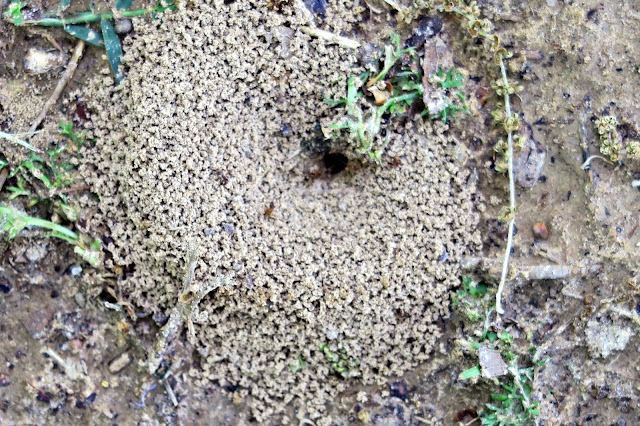