Jack started out owning a Chevron gas station in Amarillo.  He had a 1974 Winnebago RV which he rented out from the filling station.  It was so popular that within a year he had 6 rentals.  This eventually got him into the RV business in 1978 selling Winnebagos.  He is the oldest Winnebago dealer in Texas.  Then a little over 25 years ago he began collecting and restoring unusual vintage RVs.  The museum is at his RV dealership lot and admission is free. 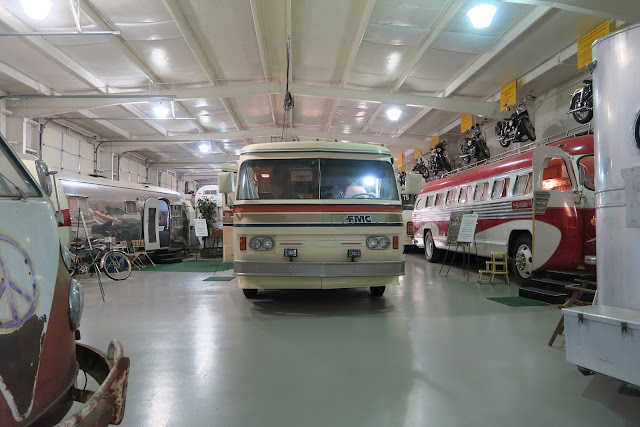 I visited with Jack for awhile; a really nice gentleman probably around late 60's early 70's in age.   His wife was there also, a really stunning looking woman of the same vintage.
She might have been restored too or just has good genes.