The road to Crosbyton.
I love driving roads like this, in land like this, more than I can ever express. 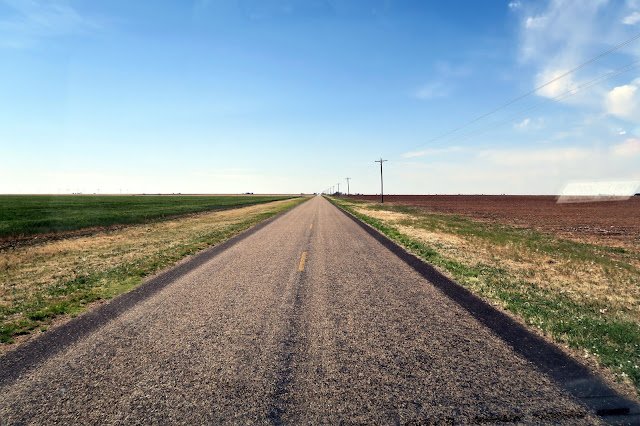 It was only 30 miles headlong into 20 mph southerly winds to get here. 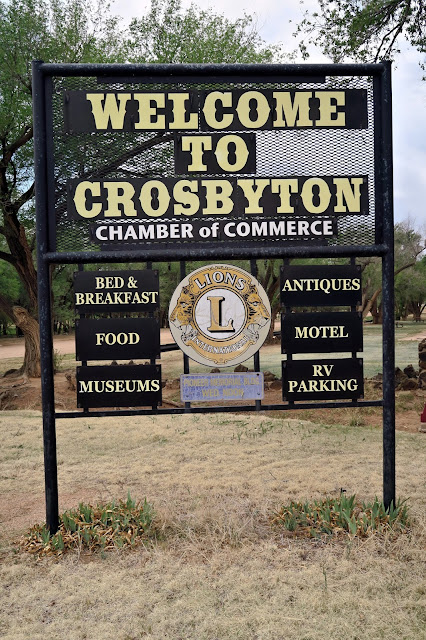 Like Floydada, they too had a little RV park, and so we came. 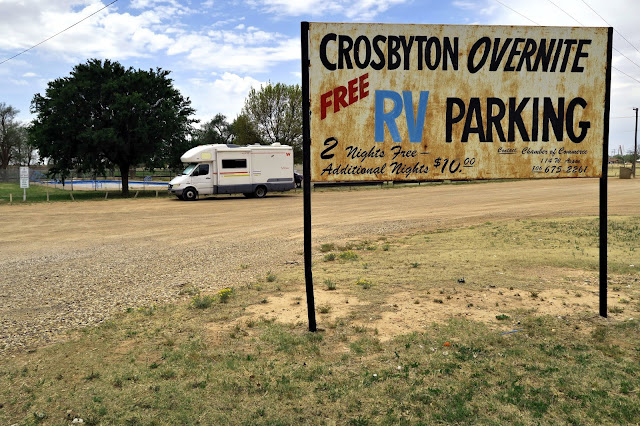 The city park on a Sunday afternoon. 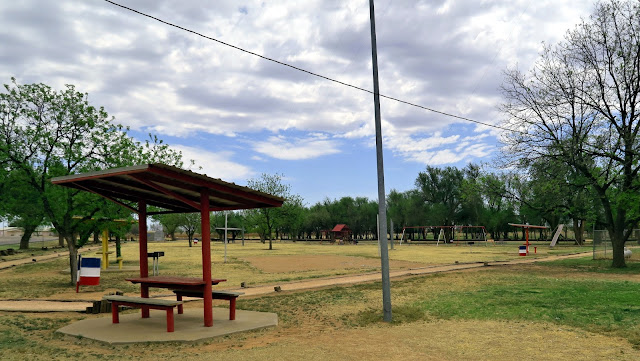 The community pool.
With a current population in the 1700's maybe there isn't much use anymore to keep it going. 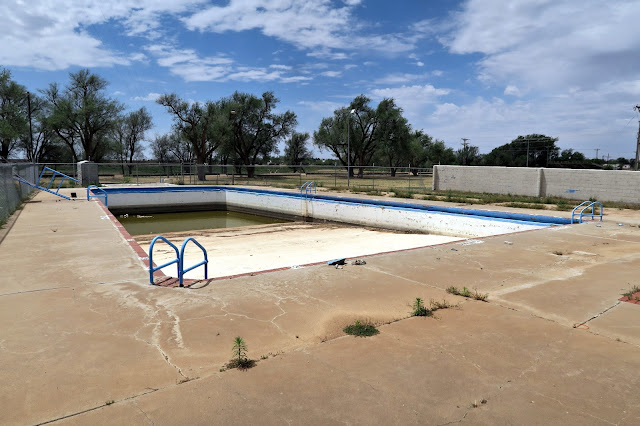 By the looks of second base perhaps the baseball diamond as gone the same way as the pool. 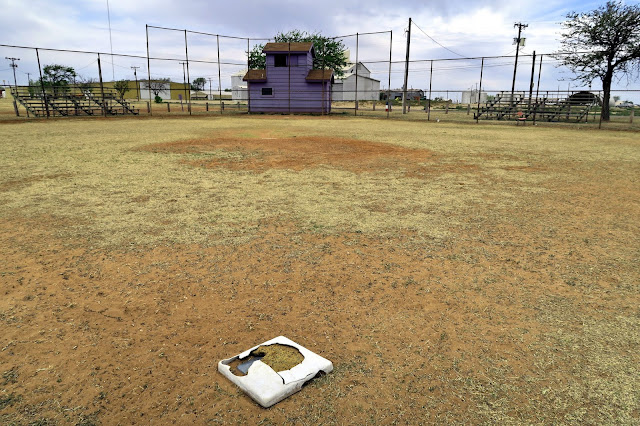 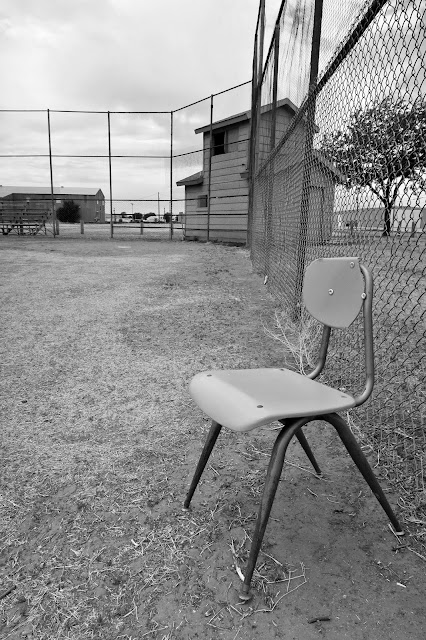 We've been following along the Texas Plains Tail with no serious intent of doing so. 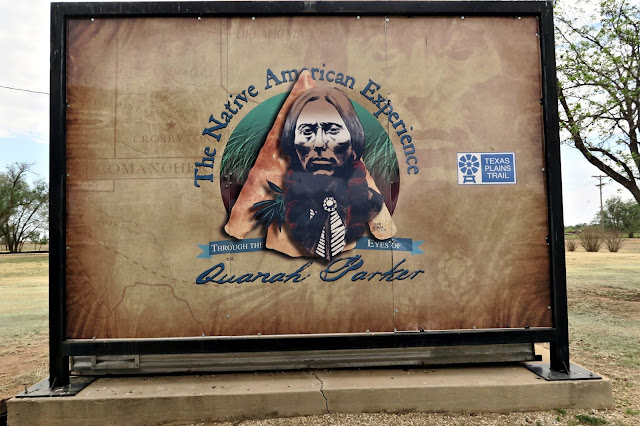 Quanah Parker has an interesting history, notwithstanding that he was quite handsome if you look at pictures of him on the Internet. He was half white by his mother Cynthia Ann Parker who had an even more interesting history behind her. 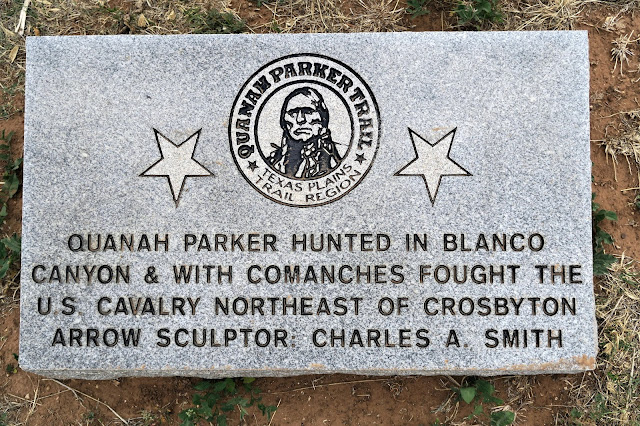 Points along the trail are marked by these arrows...hard to miss. 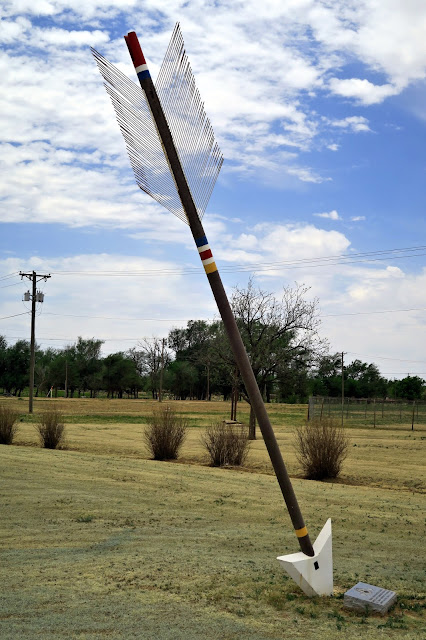 The tree is shaped like this because of the wind.
No doubt it goes the other way when the wind shifts.
Yep, that's how strong the winds are. 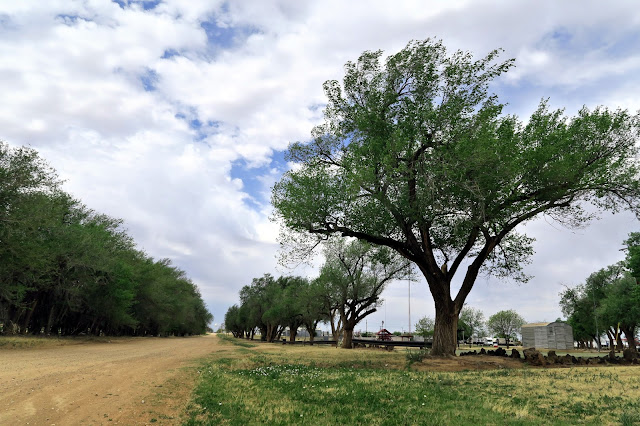 We are at the base of this cellphone tower.
The wind makes a hauntingly beautiful sound through the guy wires. 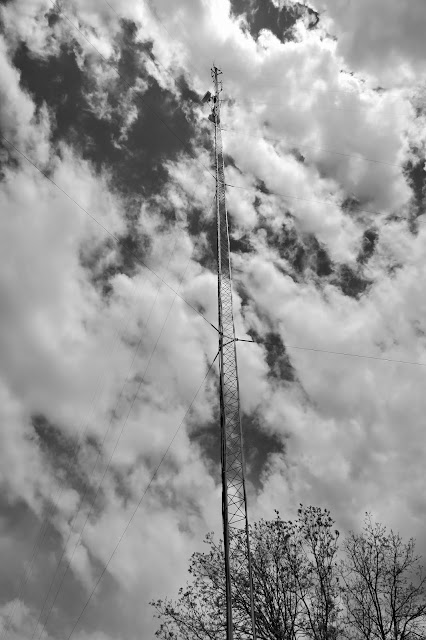 I took a walk around downtown and it was marginally better than Floydada,
meaning there appeared to be two more places of business still in business.