We were just lounging around outside one afternoon when all of a sudden Beans got up and leaped into the nearby tall grass.  There were some flips, rolling and more leaping before she proudly emerged from the grass carrying this large rat.  She couldn't have seen it.  It was only her acute hearing that alerted her to the prey in the thick tall grass.  Thankfully for Mr. Rat Beans is well fed and had no notion to kill and eat.  She just wanted to play with her new toy.  She'd drop the rat and if it remained still she did nothing.  Once it moved, the games began again.  After awhile I felt bad for the rat.  He was hyperventilating and his little heart must have been ready to explode. 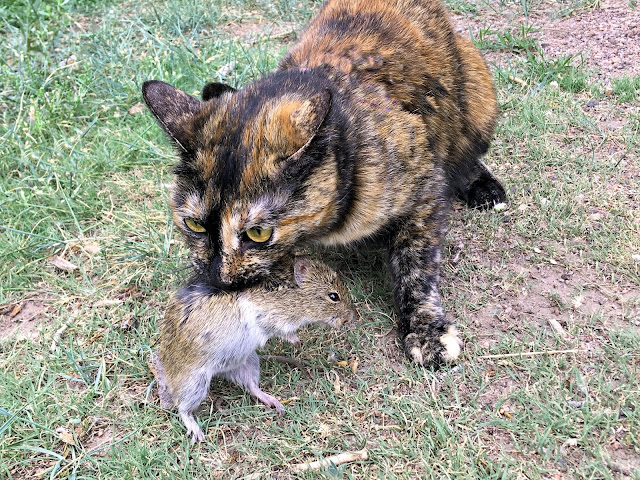 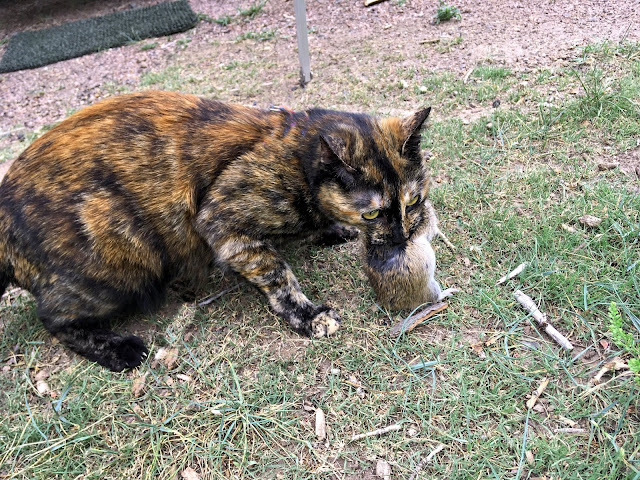 I gave Beans a slight handicap and eventually the rat made its way beneath a nearby log where she sat waiting.  Well that was fun. Now what shall I do?  The fool rat came out and she was upon it once again.  I felt if its going to be that stupid so be it.  It eventually got in a place she couldn't reach. 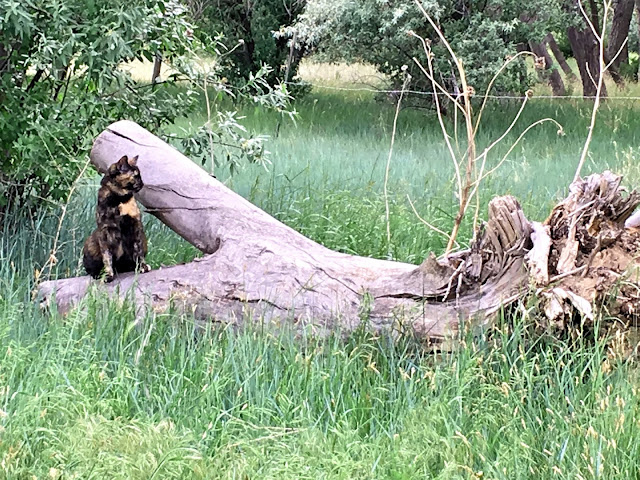 Beans then went inside, laid down on the floor and fell fast asleep.