Bean's Gets a Two-Fer

Our first day here Beans gets a normal sized mouse.
Maybe not like the monster rat from Camp Flagler, but she's not picky.
Anything that moves is fair game.
Notice the mouse's mouth is wide open in terror. 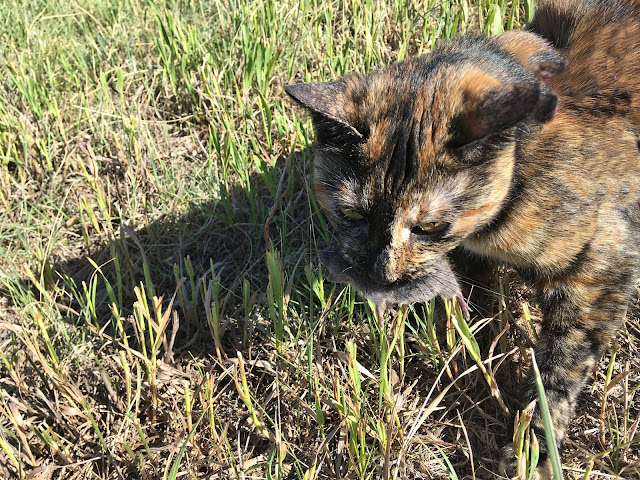 Come on, run away.  Do something!
Geeze Dad, these South Dakota mice aren't any fun like the ones out west and in the desert. 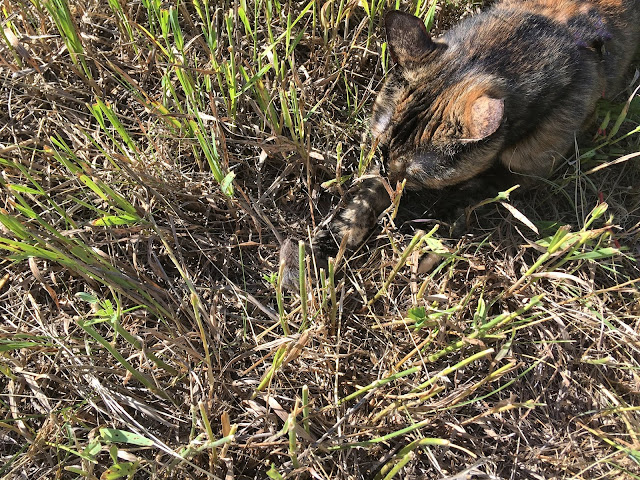 Nope, I think I'll just lay down and die.
It just expired from shock and fright most likely. 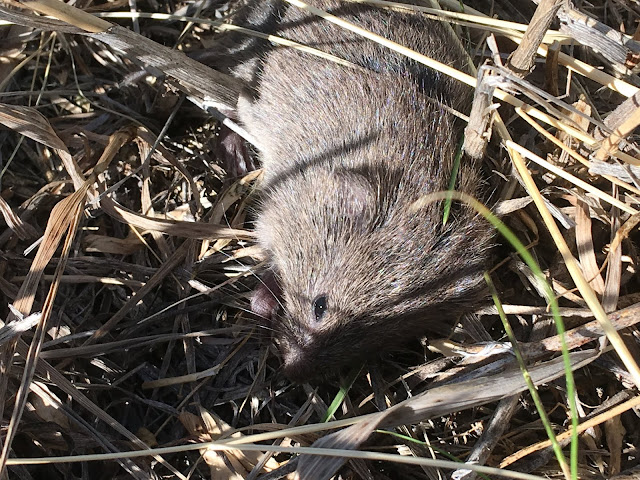 Back home, Beans laid down to rest after the hunt. 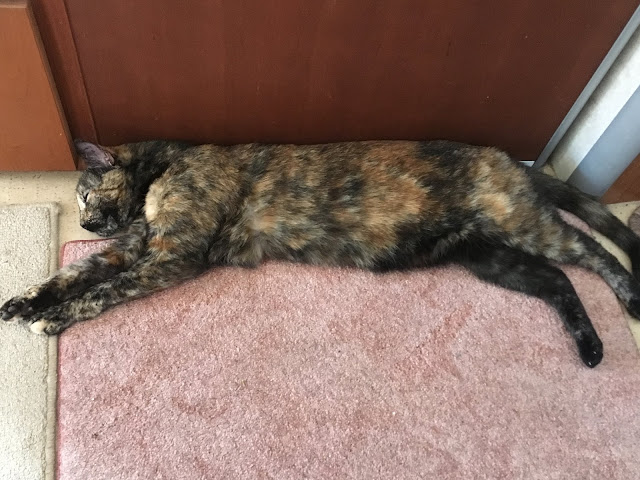 The next day is when she got her two-fer.  She came out from the tall grass with a large mouse that had a smaller mouse hanging from it.  Two mice in one catch!  It was a mother with a nearly full grown baby attached to mom's teat!  There may have been another youngin' or two having breakfast that let go early on, but like the out of control hot air balloon and the one guy who held onto the rope too long to drop off safely, that is what this mouse had done.  It was just hanging off mom then finally got shook off into the grass.  There was a bit of blood on the grass and I suspect it bit off mom's nipple. Ow!  In the meantime Beans is dragging me away with the mother mouse in her mouth so I was never able to get a photo.  It all happened so suddenly.  Beans dropped the mouse several times to play with it and then it finally ran hiding away in the grass where Beans never found it again.
So mom lived but is missing a nipple but she has a few spares. 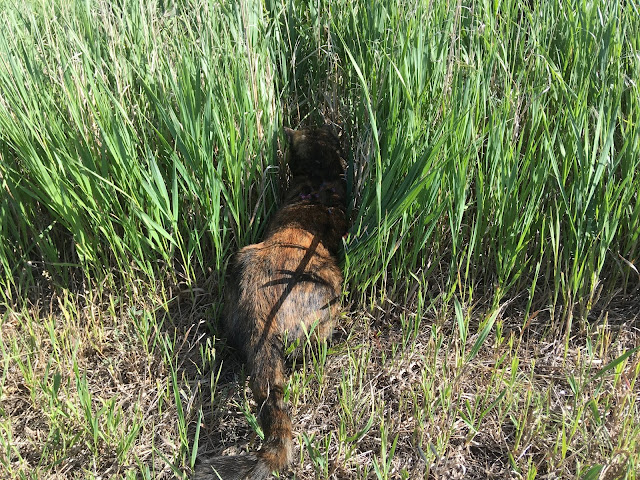 Back home after the two-fer hunt.
This is a different photo on a different day from the one above.
Uncanny. 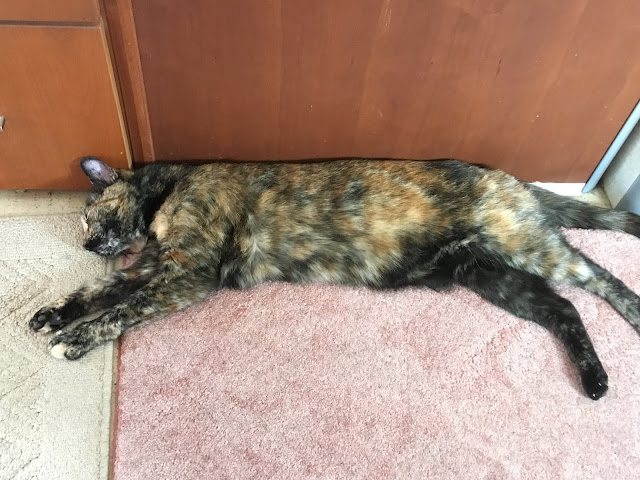 The Department of Agriculture that manages these grasslands have laid down this matting in helping to establish new growth.  Beans uses it as her highway for hunting. 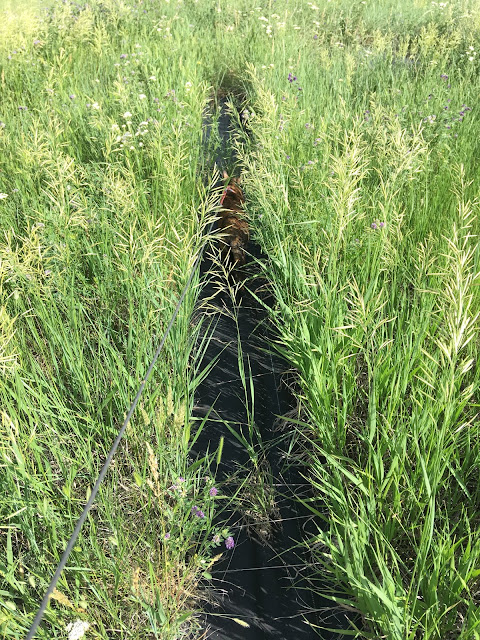 I tried to get her to pose on top of the hay bale but that's not something to try to do in the middle of a hunt.  She got right back down, so no good photo was to be had. 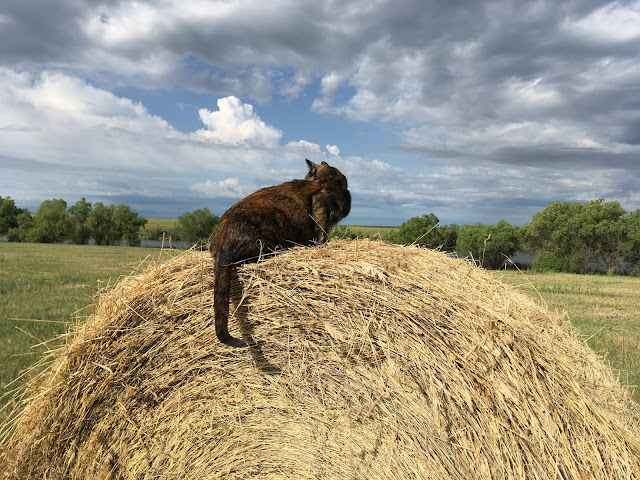