St. Francis is located in the far northwest corner of Kansas.  The reason for going there is their nice free city park for travelers which also included showers.  Yippee!
Just down the driveway was their newly remodeled county museum. 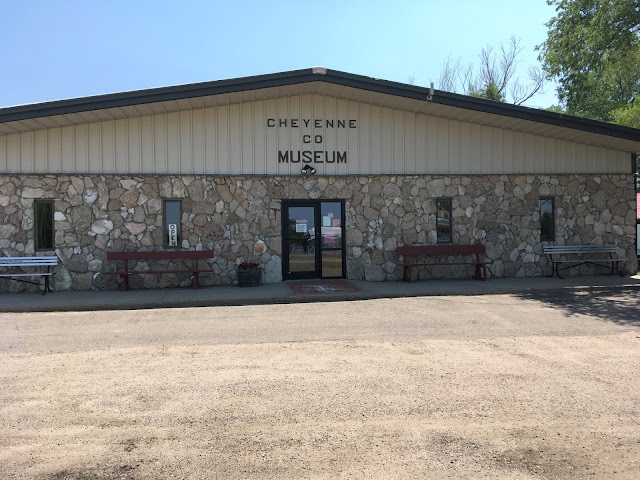 Their claim to fame is astronaut Ron Evans of the moon landings is from St. Francis.
I dawdled around in the front part too long. 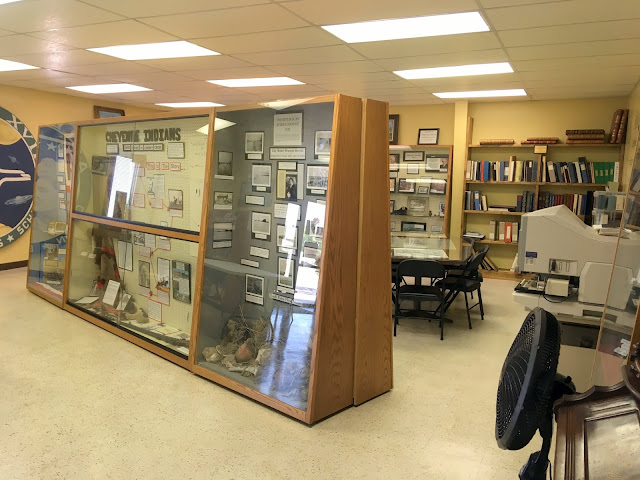 For as I walked through the doorway to the portions in back...
Whoa!  I should have packed a lunch! 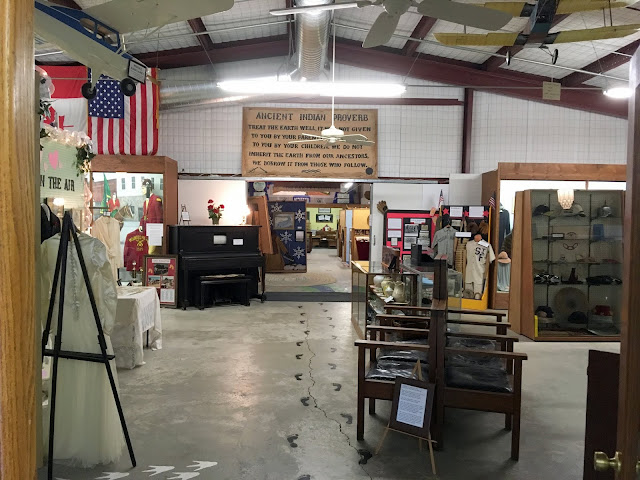 I will say this was probably the best historical museum for small towns have been in.  It wasn't overwhelming with too much stuff and everything there was nicely staged.
I just took a few photos of many settings they had to look at and enjoy.

The kitchen back in the day was the heart of the home.
You ladies think you could manage? 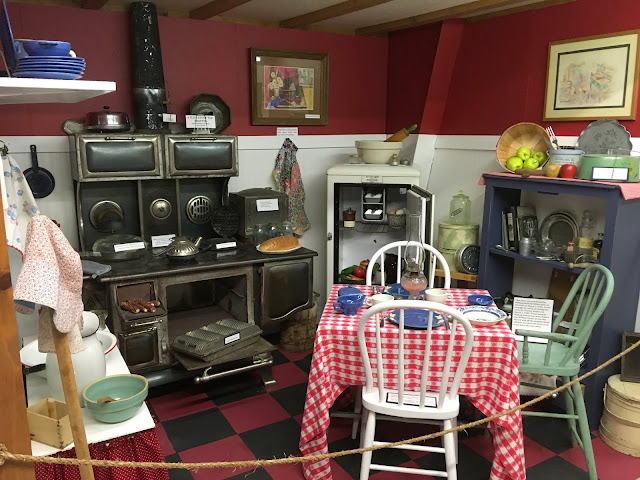 A bit further in time maybe this is more meaningful to most of you. 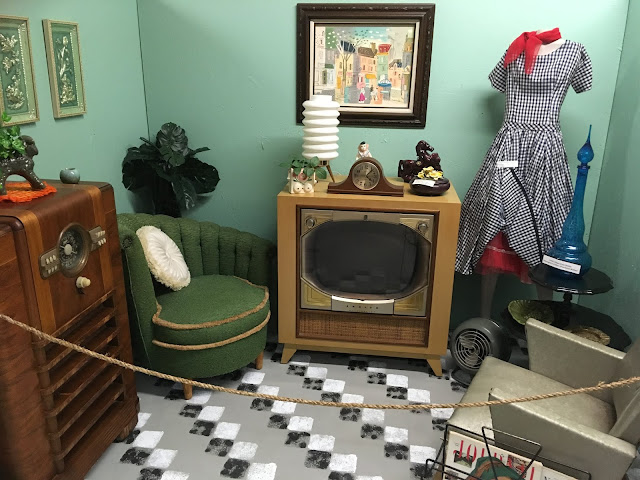 I took this photo because when I saw that hospital bed, a long deeply buried memory surfaced in my mind.  It was the early 50's and polio was all the rage.  For some reason my mother took me to a hospital to be tested.  If there was something wrong with me at the time or she just wanted to know everything is fine, I don't know.  I just remember being placed in one of those beds and abandoned for what seemed the better part of a day.  I don't remember any doctors, nurses, any poking or prodding, inspections, injections...nothing.  Just lying in that bed all alone.  That is all I remember.
I was discharged with a "There is nothing wrong with little Johnny".
Boy, did I ever fool them. 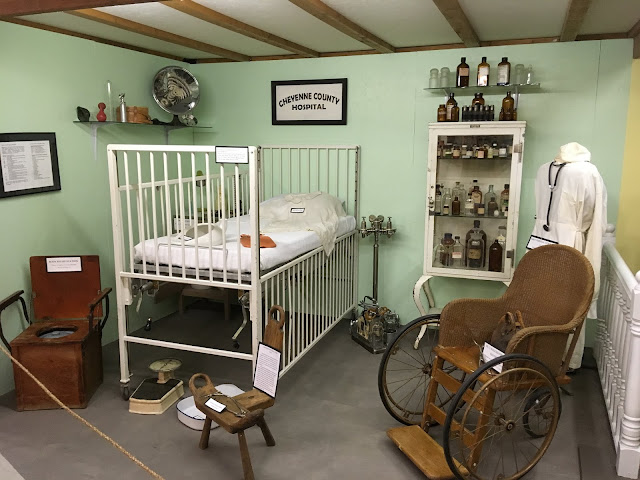 How many of you had one of these contraptions play a vital part in your careers? 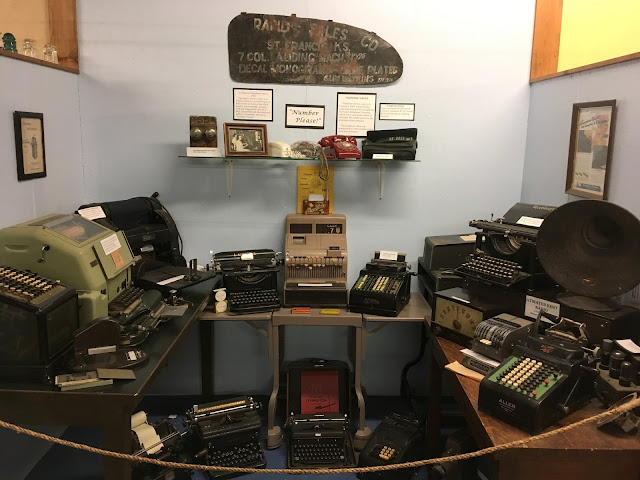 Something of a more upbeat in memory lane. 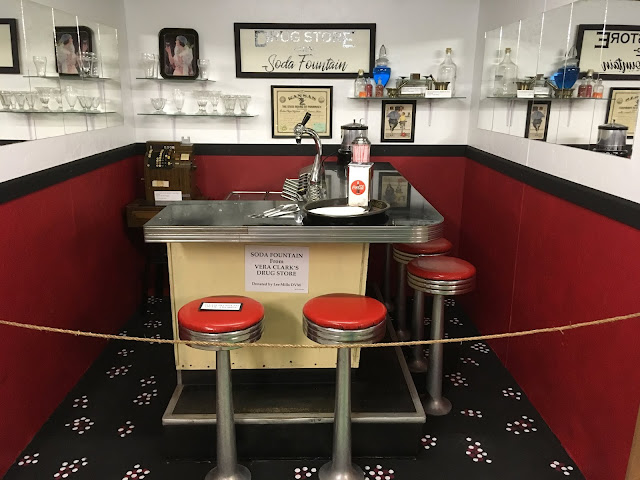 And now to bring you back to reality.  They had a basket back in the day to cart your corpse out of the home in.  I did not know.  The upright table is a mortician's cooling board.  The body was placed on the board to cool down.  The board would be placed on ice if possible to speed up the process. 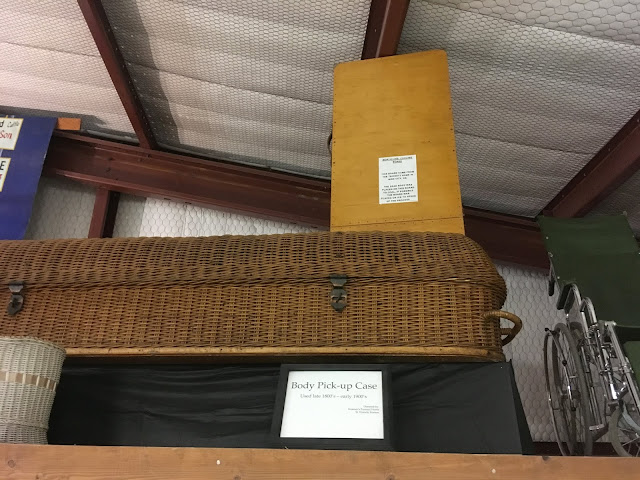 Oh the things you learn on this blog that you'd probably just as well not know about.