Highways 350 and 50
Between Trinidad and Lamar, Colorado

Driving along this 90 mile stretch of the Santa Fe Trail
all I could think of was the pioneers traveling across this vast open prairie. 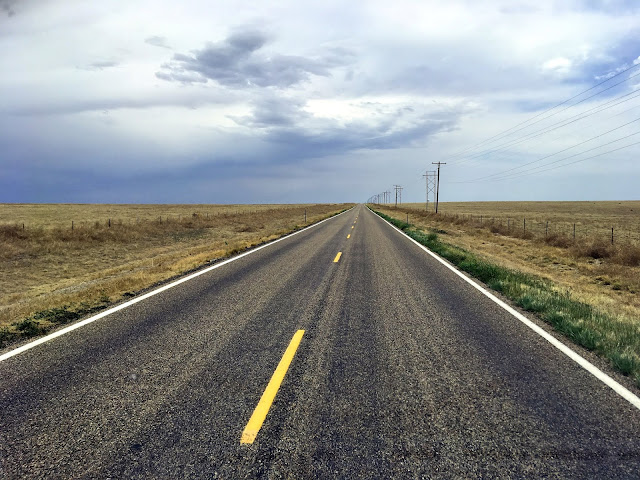 Take away the train tracks, telephone poles, fence and highway and then imagine traveling through here with no map and a vague idea of where you are going following the tracks of those who came before you hoping they knew where they were going. 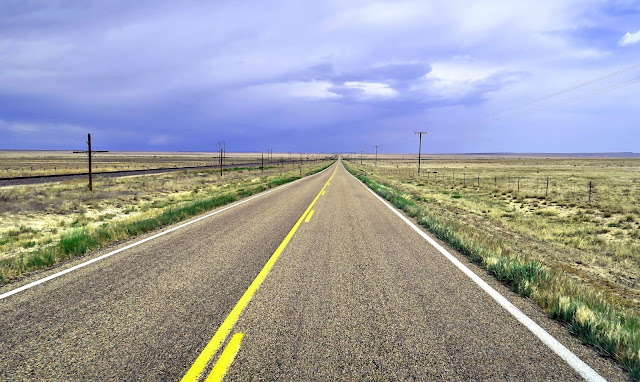 Then we passed through the Comanche National Grasslands.
(Looks pretty much the same)
Yeah, they had that to deal with too...Comanche Indians. 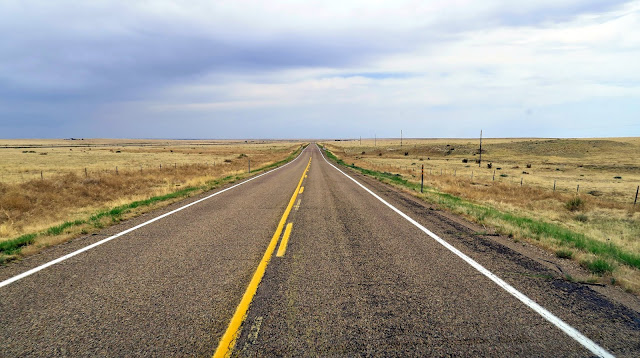 Going through La Junta I saw this railroad car mounted up high on what doesn't look like too good of a support system.  This was a feed plant and it looks like they modified the rail car for diverting feed grain into separate areas or something like that.
It would have been entertaining watching this thing get lifted up into place. 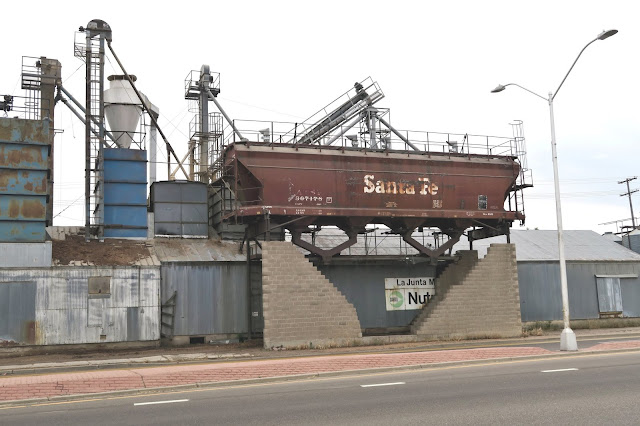 Finally we reached mile marker 420.  They had to move it a tenth of a mile less because the pot smokers kept stealing the 420 sign.  Well after all, it is Colorado. 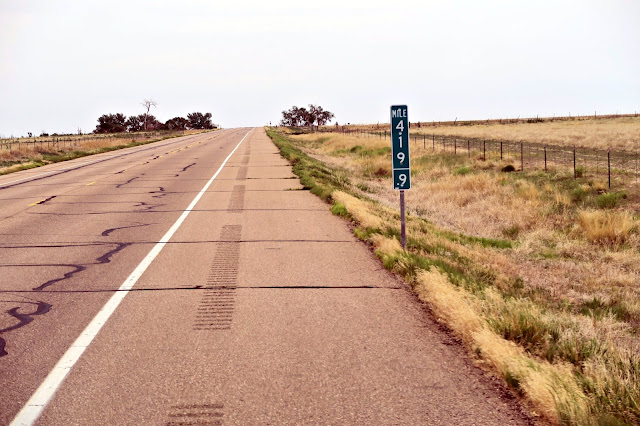