I'm probably going to regret this. 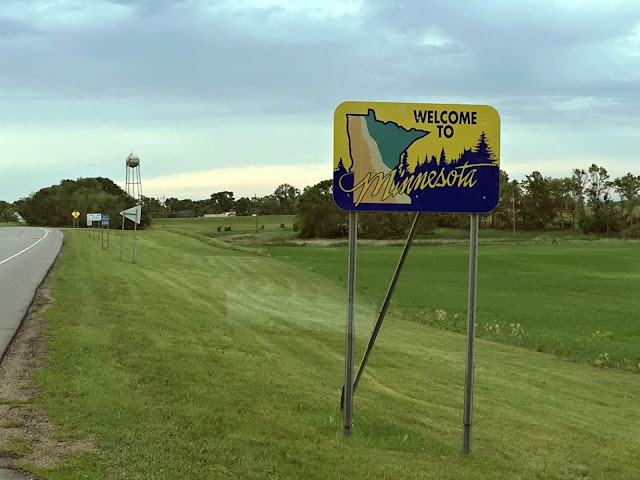 Back in the fall of 2006 Sinbad and I made a brief drive-through of Minnesota.  We only stayed only two nights.  The second one I remember well.  Nine in the evening I am lying down trying to read and the sweat is just rolling off of me.  The humidity was oppressive!  Good grief!  How do these people live in this?  It was one of the very few times I ever had to use the air conditioner.
The next day we left Minnesota.  I'm going to give Minnesota another try.

This is the brown Red River which is the border of North Dakota and Minnesota.
We stopped there for breakfast and a walk. 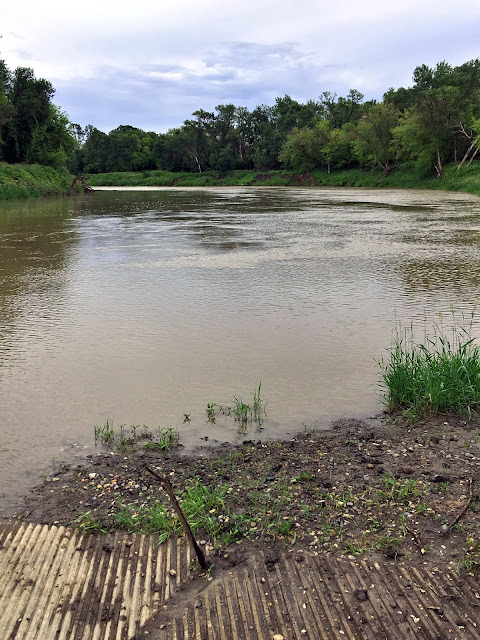 This is as close as I could get Beans to go down by the water. 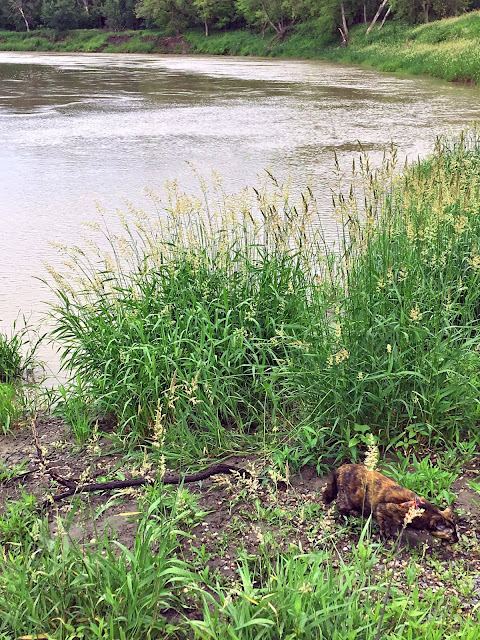 On my paper map was a small mark denoting the north/south continental divide.  There is the well known continental divide in the Rocky Mountains where the waters flow either west to the Pacific or east to the Atlantic.  Well I did not know of a north/south divide.  Here the waters flow north to the Hudson Bay or south to the Gulf of Mexico.  I thought that pretty neat. 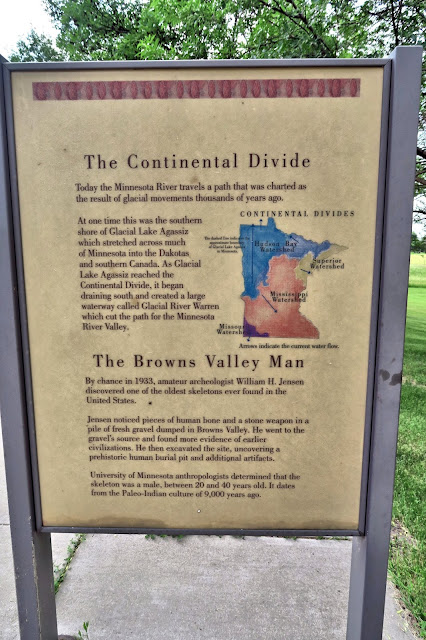 But wherever the divide actually is I could not find it.  I'd think there would be some monument or a big boulder with a brass plaque bolted to it, but nothing was to be seen.  Somewhere out there is the divide.  Looks pretty flat to me as if the water would just sit. 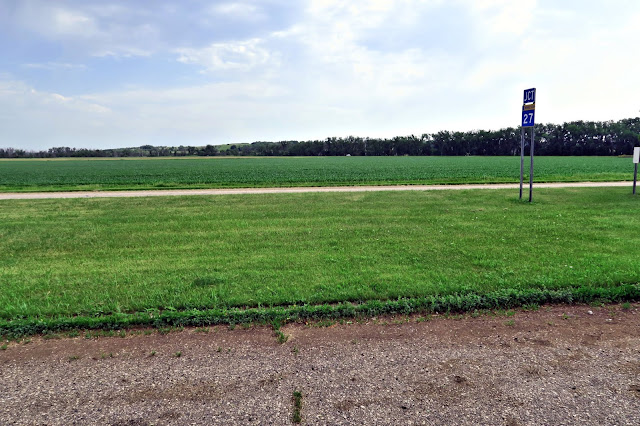 We went to the Walmart in Wahpeton, which happens to be barely over the line back into North Dakota.  Several times I didn't know what state I was in.  Anyway, notice anything about their lawn and garden department?  Remember The Thief post from New Mexico?  There is no chain link fencing here around the bags of chips, mulch and fertilizer.  People don't steal in Minnesota and North Dakota.  There was not Walmart Associate out there keeping an eye on things either.  People loaded up what they wanted then went inside to pay.  What a wonderful concept. 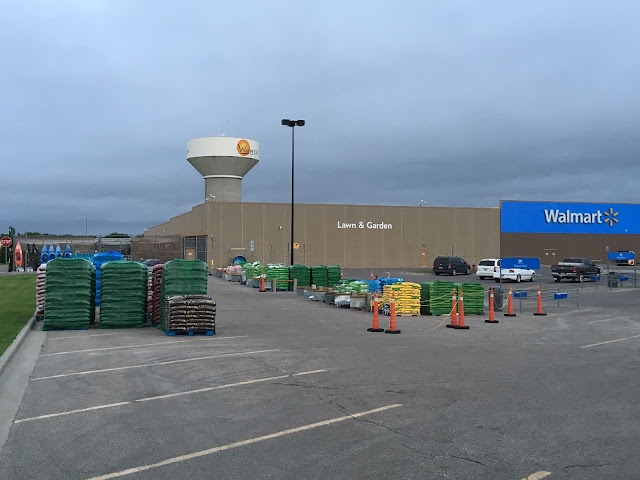 Want to know another observation?  I haven't heard rap crap noise blasting out from passing cars ever since being in this area of North Dakota and Minnesota.  Oh what a wonderful world it is.