Here is the camp host and owner, Scar Honig Stigr.  That really is his name.  He'll show you his ID if you wish.  Scar is a disabled veteran having suffered a stroke from an old army injury, which is his sole income, whatever that is that the government gives to disabled veterans.  Despite that he offers his place for people to stay and camp at for free.  He told me the longest anyone ever stayed was six months. 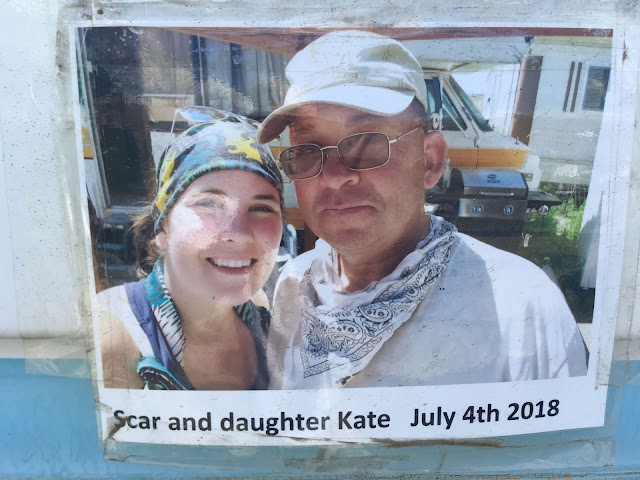 You know how high school classes paint their year numbers on things...so that is my thinking when I mention the numbers upon the mountainside across the highway.  With all seriousness Scar says "Each year the town keeps track of the number of people who die of boredom here."
I can't imagine camping here for six months. 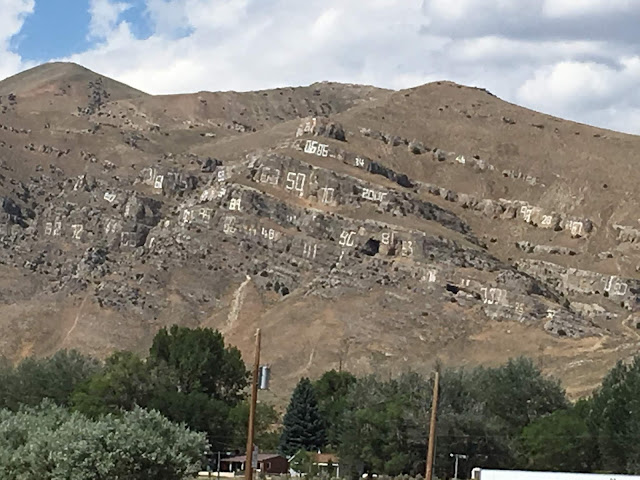 His neighbor, the KOA Campground.  He tells me how some people come in to his place and get upset, even mad. "It's free. What are you expecting?" he says.  Honey's isn't about protesting against the KOA.  He's simply catering to those who can't afford, don't want commercial or just want a different kind of camping experience.  You're in your big fancy motor home, have everything you need and the guy is offering you a place to park with free electricity and wifi.  Why get mad?  What I liked about it was the guarantee I would not have to listen to someone's generator.  They're not allowed. 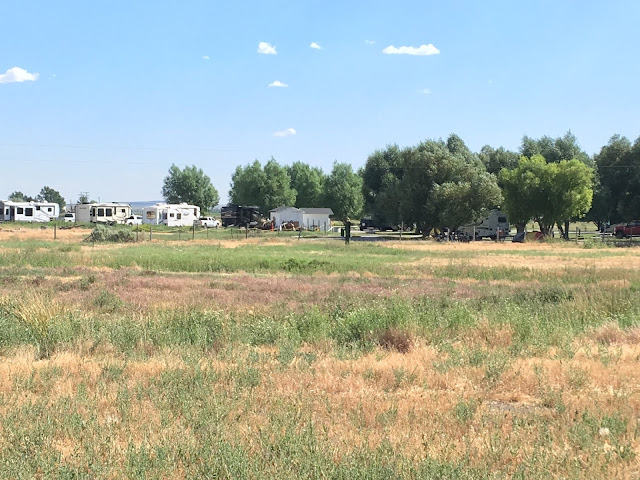 Although it was only us and the guy in the white van there, based upon reviews I read on various camping apps (which is how I found Honey's on freecampsites.net) sometimes there are a lot of campers here and everyone writes about how they had such a great time sitting around the fire, having potlucks and just hanging out with Scar and Ruby.  Don't forget the free beer.

The next morning Ruby was feeling fine and up and about.  Scar had her on a long lead and I know he did so because he knew I had Beans.  That was thoughtful.  They walked by and Ruby gave a long series of hound dog howling.  Beans just sat there and stared at Ruby with a why all the commotion? look.  Stupid dog.  Of all the writings Scar had around his place, this was my favorite. 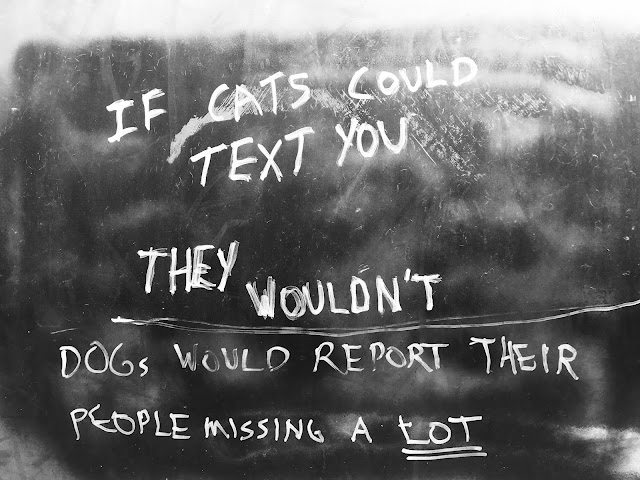