More on the Horse Races

I came to find out the rides were to go on all week along with a couple days off in the middle of the week.  Every ride day was a new route.  50's mean those doing the 50 mile route. LD's means limited distance which is a shorter route than the fifty miler. 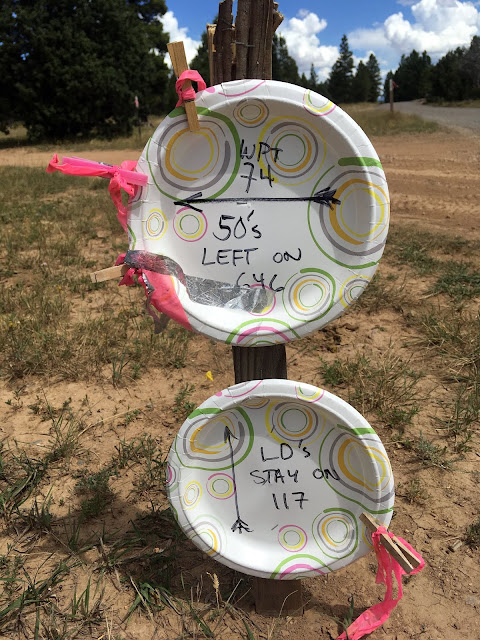 As I was returning home from a hike storm clouds were brewing.  I got back just before the rain began.   I received notices of lightening strikes within two miles from us.
I was wondering about the horse riders. 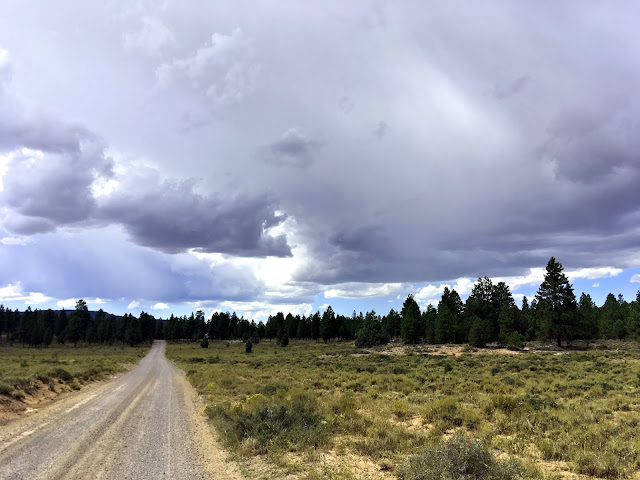 Soon one rider passed by in front of us.
(taken through the front windshield so it looks worse than it was) 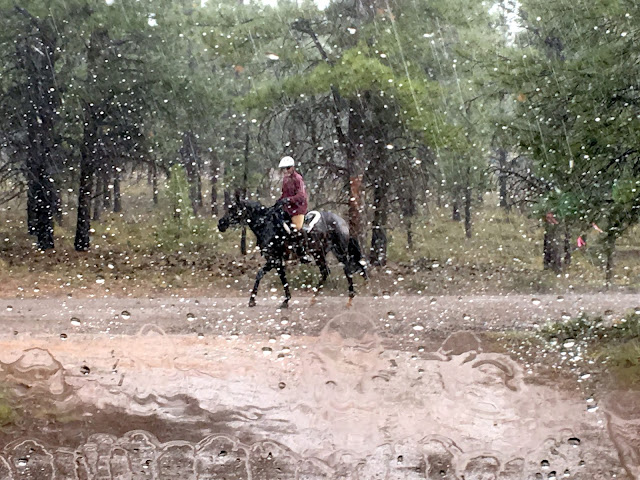 Then two women passed by and I took their picture out the side with the window open. 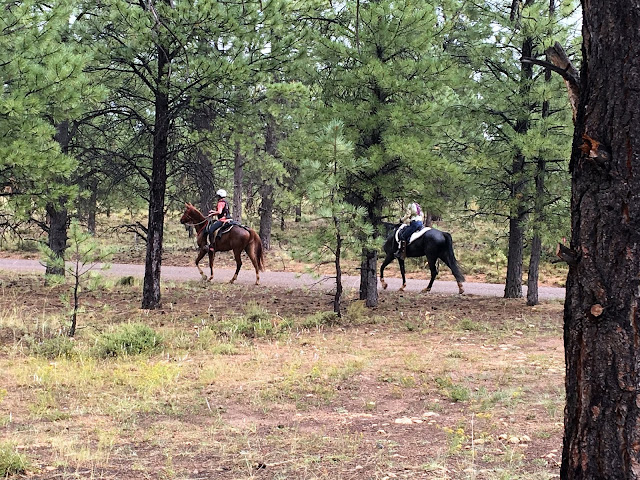 It was still raining but not as hard. 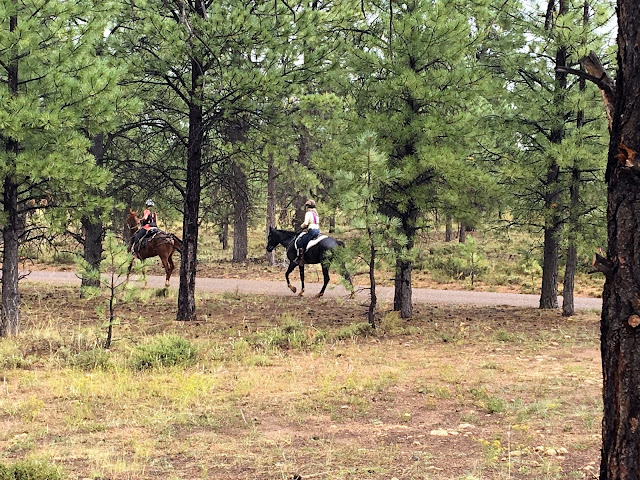 After them three women came by, one walking her horse.  She used the stump in camp to get back up on her horse.  All three ladies were all smiles and having a grand time rain and all.