Marcella, with the painted trailer, told me there were showers to be had at the General Store in the North Campground at the park.  Three dollars for eight minutes.  I thought I would take advantage of that.  Best three dollars I've spent in a long time.  Bought some milk and a  picture bookmark to put up inside the RV.  I talked with the nice young man running the store.  He was from Croatia and working here for the summer season.  He'll go back home in September and continue his college education majoring in history.  I asked if he'd so this again and he said yes, only someplace different next year.  We continued on and did the tourist route viewing the sights in Bryce Canyon. 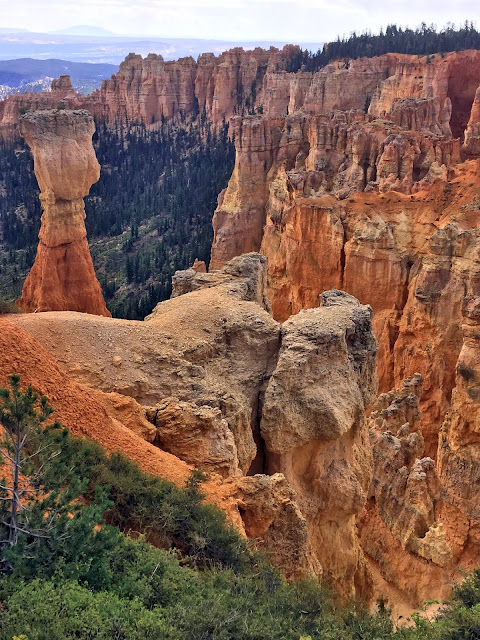 Some parking areas were packed so I didn't even bother pulling in. 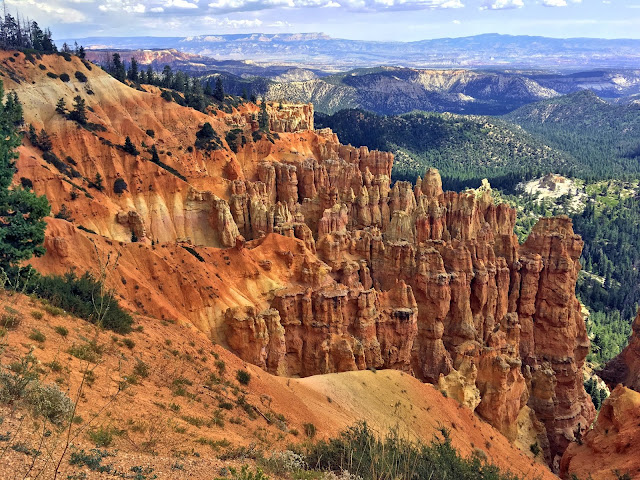 Other parking areas didn't allow trailers or RVs so we continued on. 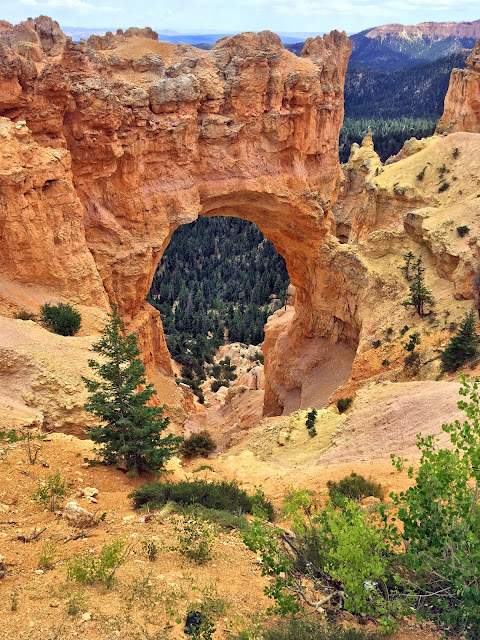 Two of the more popular stops especially at the road's end fifteen miles on at Rainbow Point were overrun with tourists.  I ate lunch there and left without even getting out. 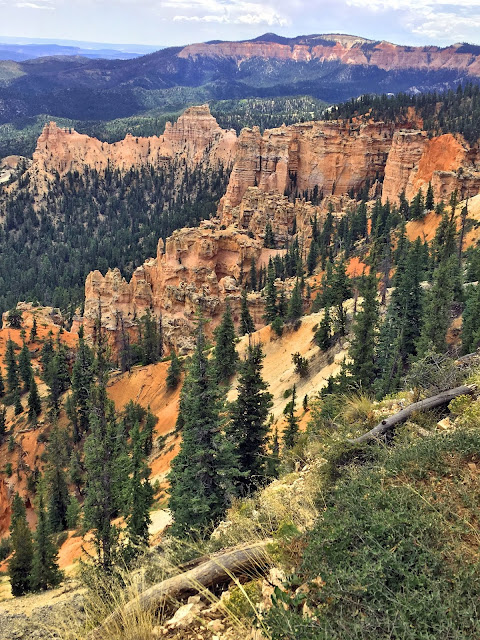 But there were enough stops along the way that we got to see a lot of the canyon.  All afternoon clouds blocked the sun and the true beauty of Bryce Canon cannot be full appreciated without sunlight on the multicolored cliff walls and hoodoos. 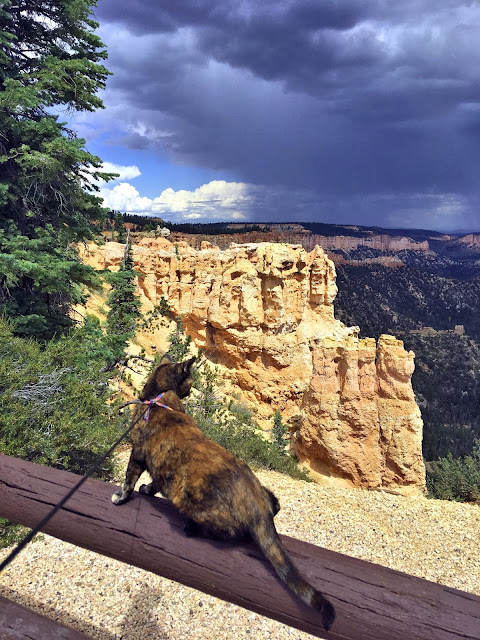 Dad, I'm not impressed.  Seriously, can we just go back to camp?
I'd rather be chasing chipmunks than be around all these annoying tourists. 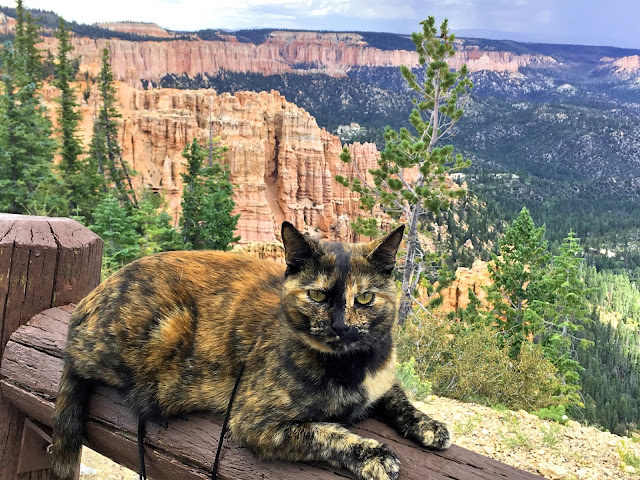 We left and went back to a spot we stayed at two years ago.