A long time ago, back in the days when Sinbad was with me, we went to the Grand Canyon.  I was appalled at the sight of hundreds of coins glittering in the sun atop these two pillars of rock.  Idiot tourists would toss coins out there.  There were signs telling people to not do this.  Park service personnel would have to put their lives in danger to clear the rocks of coins each year. 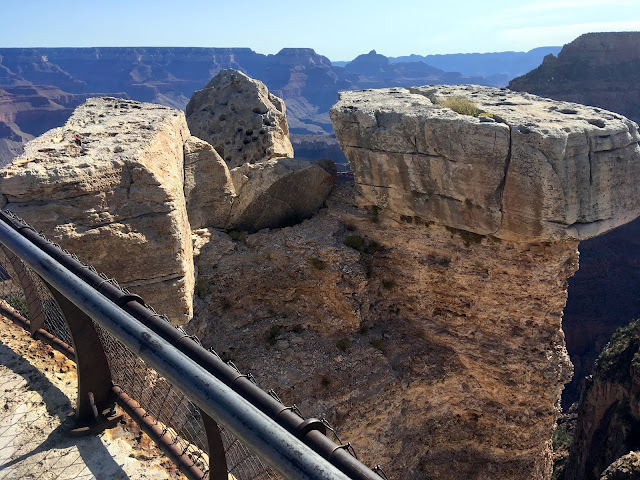 Last year and this year there was not one coin to be seen.
I can't imagine these new signs would be responsible, but maybe so.
The idiots don't care for Park Service employees but they do for the condor. 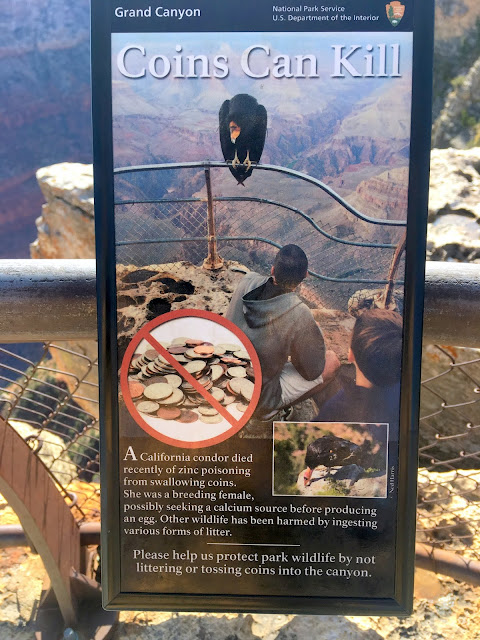 On an additional note, there were signs all around telling not to feed the squirrels.
It went on to say that on any given day on the average there are thirty reported cases of people being bitten while feeding a squirrel.
"The Grand Canyon's most dangerous animal"
That was the title on these signs.