Long time followers will be familiar with these rock art figures as I've shown them in the past. 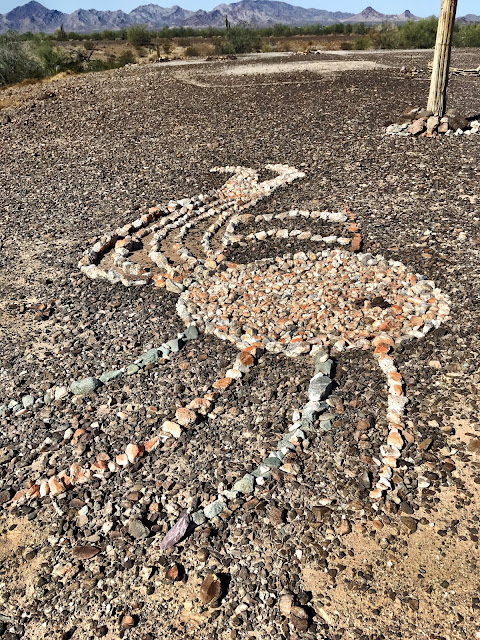 Yep, you have a lot of time to kill out here. 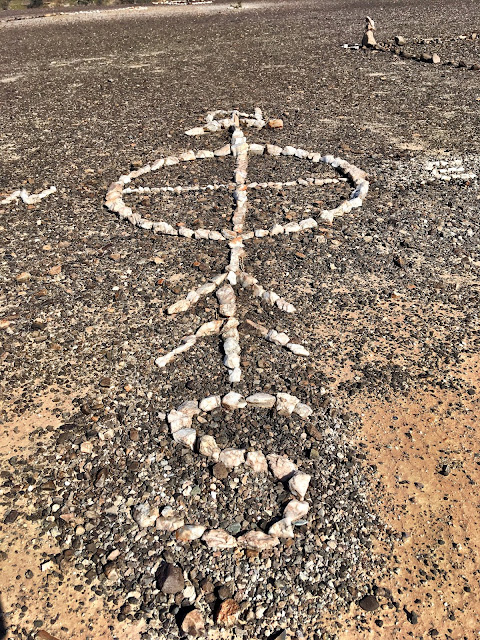 This will be very heart-wrenching for these folks to see when they return.
The plastic flowers are still there from early this year.
They will be pleased to see that Gracie's grave is just like they left it. 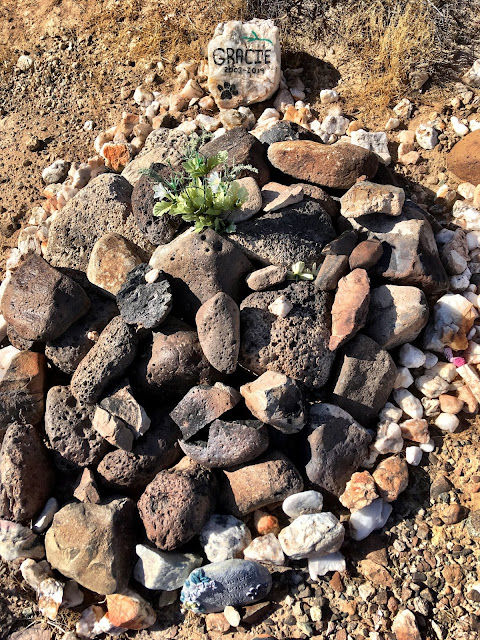 They did a very good job in this burial for I've seen too many times where someone had buried their pet only to have it dug up by coyotes later.  I just came across one back at the Vulture Mine Road camp.  It was a large black dog wrapped in a quilt and obviously buried too shallow.  I spared you the sight by not taking a picture and putting it on the blog.  The body needs to be buried deep with a lot of rocks on top.  I had read that when the immigrants were coming out west in the pioneer days they came across burials from previous wagon trains that had been dug up.  They then began burying those who died on the journey on the trail itself so that when the wagons passed over the grave it compacted the earth even more, protecting the dead from becoming scavenger food.