I returned to the dried riverbed where I discovered the petroglyphs I featured on the blog last year.

Look closer as this is a full-bodied image, not just a stick figure. 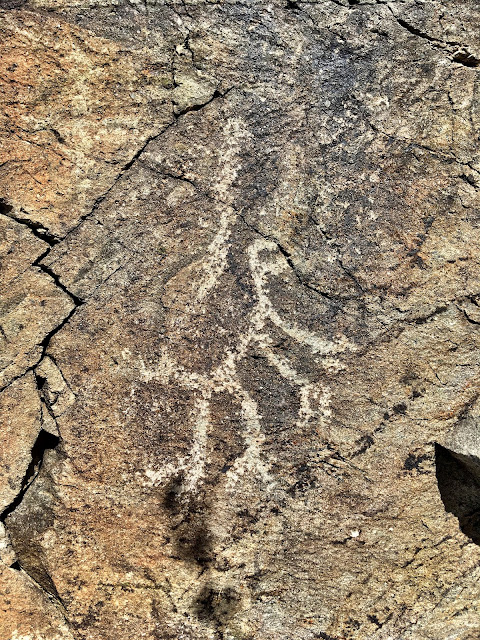 This time I climbed up the rocks to get a better photo of each. 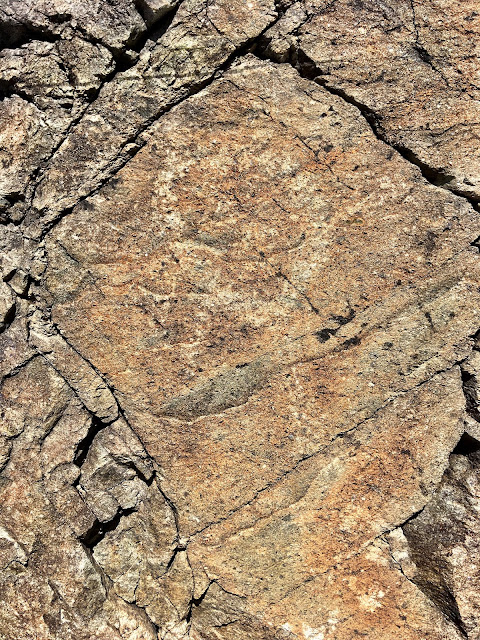 All are facing south, exposed to the harsh Arizona sun.  If these were pictographs, painted on the rock rather than etched in, they would have long since faded away.

This pretty much looks like a snake.  I can see a head at the top.
I just don't understand the right angles at the tail end. 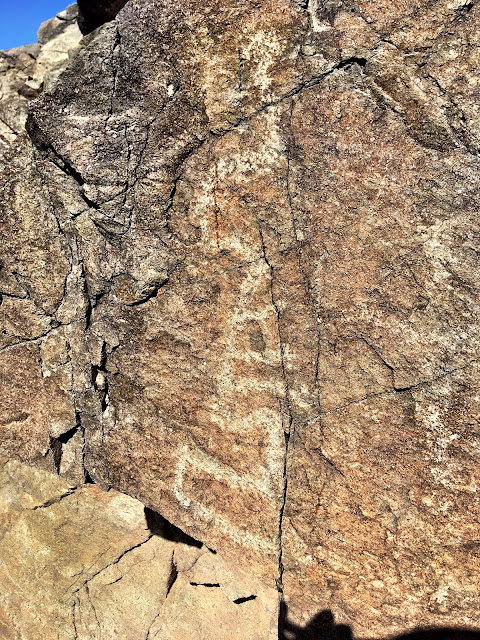 A view of the river bed from that first grouping.  I wonder how this looked 800, 1000, 1200 or however many years ago when the Native Americans created these etchings.  It could have been flowing water with lush growth along the banks. 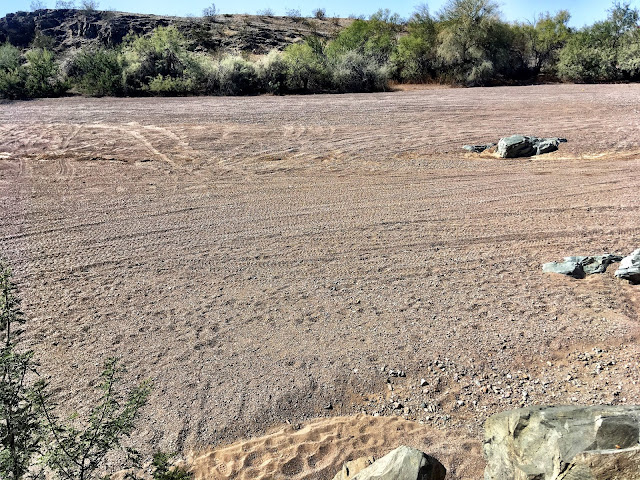 This grouping there was no way I could access it.  The rock face is vertical.  How did they do it? 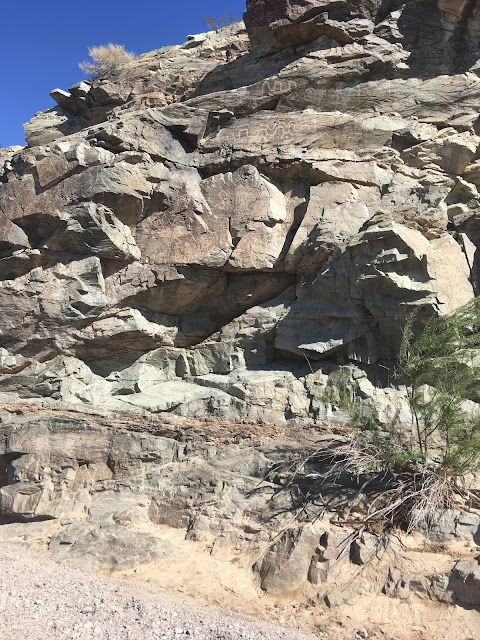 Perhaps they built a type of scaffolding to stand on.  Why go through all that bother? 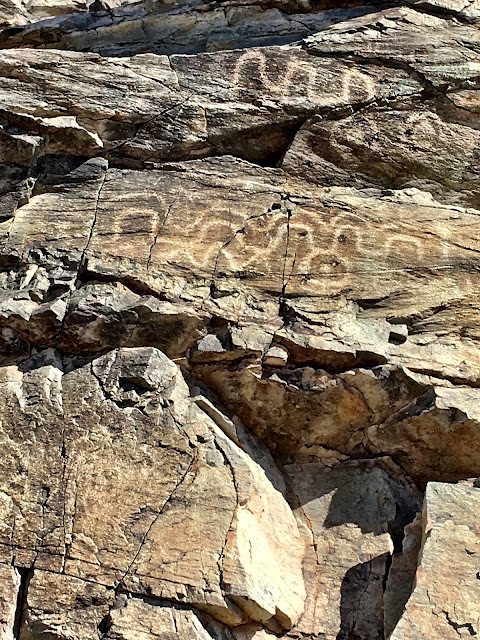 Well I think they somehow had a vision as to how the world would be in the distant future. 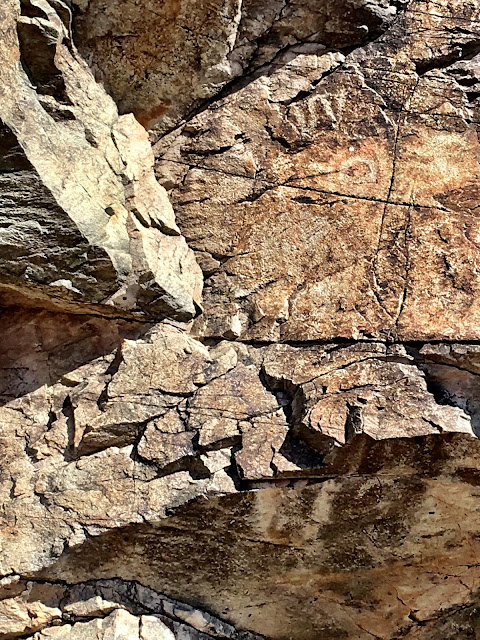 A world filled with idiots who would deface their work with graffiti.
So they placed their art in high inaccessible places.

This one here was off by itself.  The only way I could see it being done was by lying on your stomach on the ledge above and hanging over the side, upside down, having someone you really trusted hold your feet and legs. 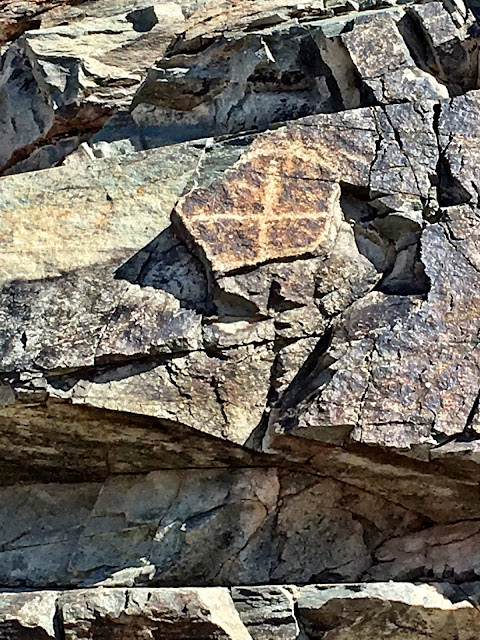 This grouping I wasn't about to try to climb up there to get close-up pictures.  Sorry.
I zoomed in some for this shot 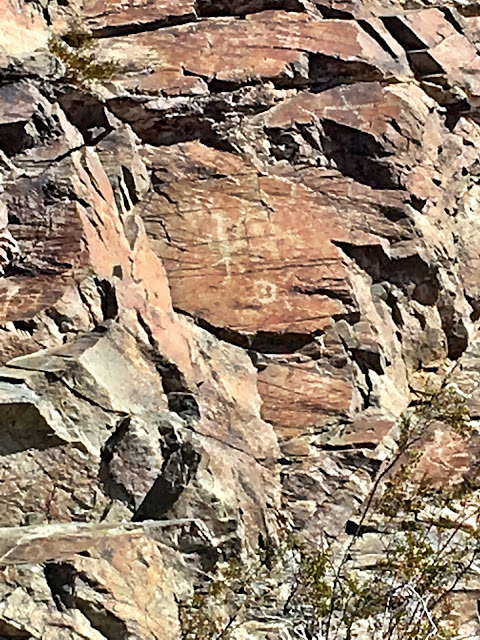 Around the side of the rock outcropping I discovered a few more I hadn't seen last year.
That is a pretty good crescent moon.
Is that a rabbit below it?
You know there is a rabbit in the full moon.  Look next time.  It's there.
So perhaps the rabbit jumps out of the moon every month. 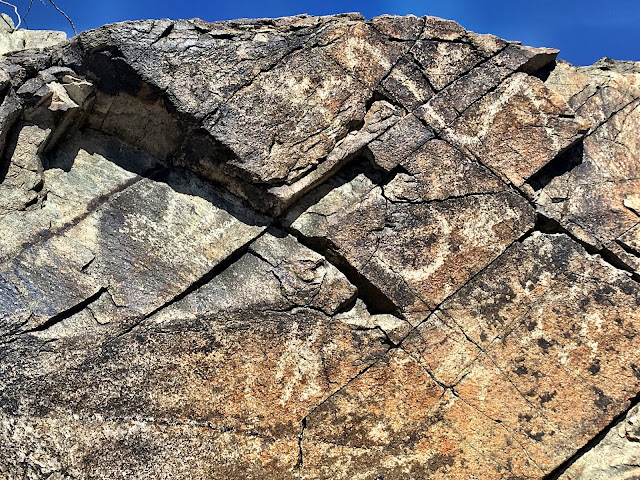 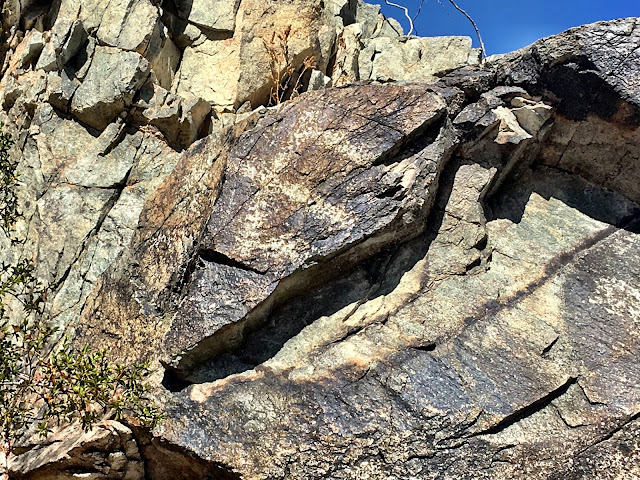