While we were out of service we moved a mile further down the road.
Generators and barking dogs were the issue  It was okay as I needed a change of scenery.
This is a nice spot and someone had done some attractive landscaping. 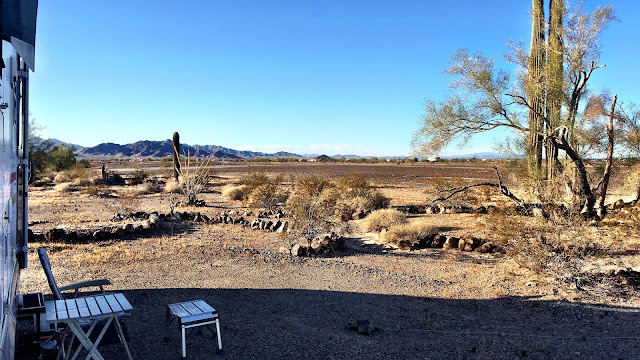 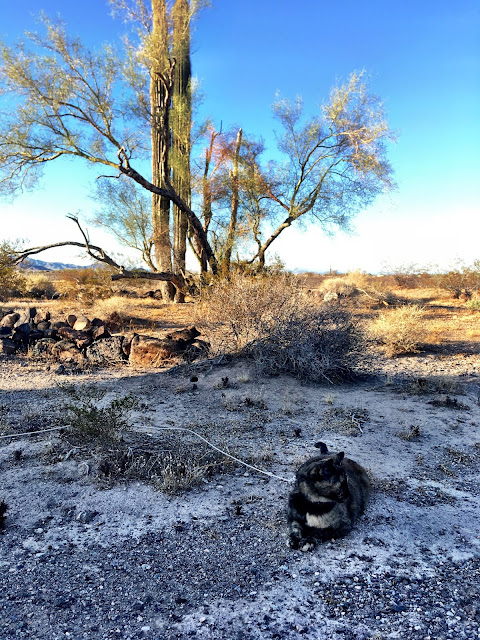 Here's the 'HELP" part.
This rock art is here and I set about restoring it but for the life of me I cannot figure out what it was supposed to be.  It looks better now as I cleared out the weeds that had grown in over the last couple of years (I found receipts in the fire ring that dated it to 2017).  I also put back some of the rock that had gotten scattered about.  I first thought it was a bird, then a Viking sail boat, then a flying dragon but I just don't know.  You have any idea? 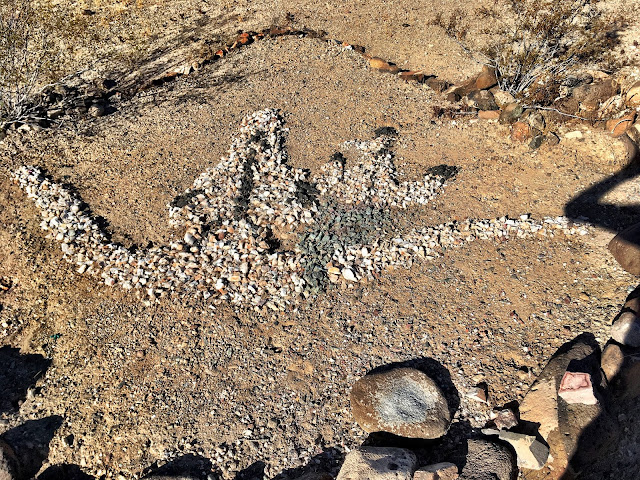 I thought the black rock was a stick man but what would be the "hands" are not connected to the "body".  The lower part or "legs" are connected. 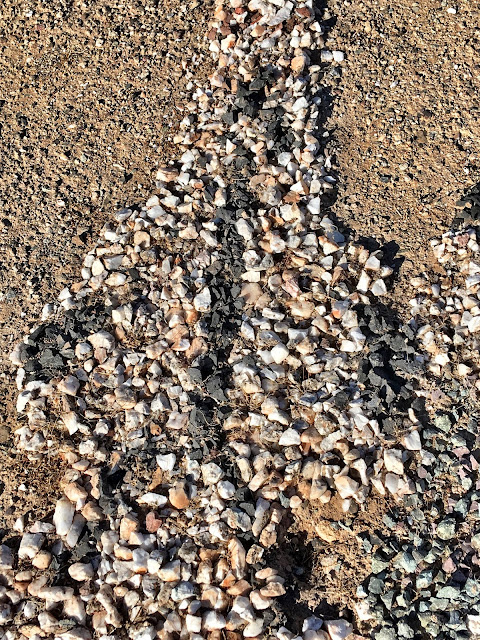 The portion to the right is something altogether different.  The tips of the three extensions have black rock and the base where it connects to the "body" is of green rock, the only green rock on the figure.  The artist was trying to distinguish something here by using green rock. 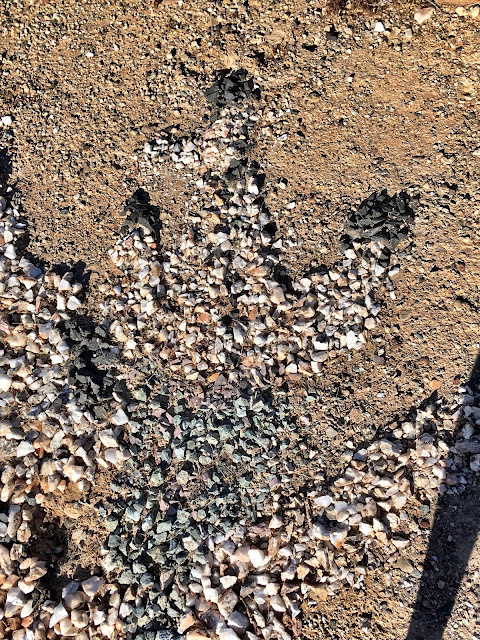 Once I got into restoring it I can better understand how people get wrapped up in making rock art out here in the desert.  It's peaceful, meditative and fun.