Darn near everywhere I have camped over the years there is an ant colony nearby.
Different sizes, different colors, different attitudes.
Some are just a nuisance crawling over everything including me and Beans.
I've never had an invasion inside the RV though. Sometimes I'll move.
Other ants are sheer ornery and will bite or sting for no reason.
I'll definitely move then. 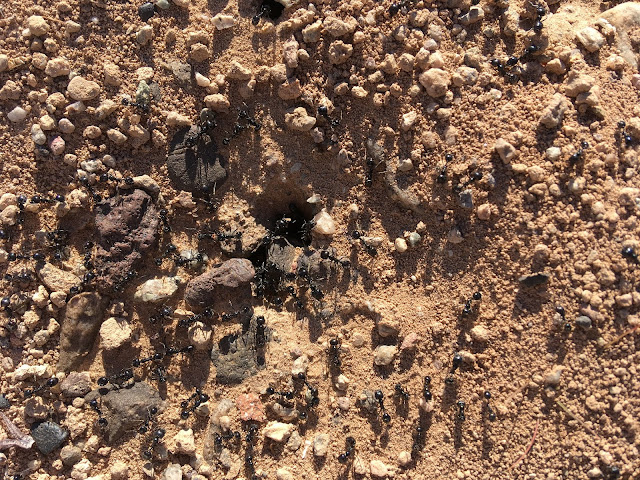 These guys, well really they are girls, all workers are female, are really nice.  They don't pester us at all. They just go about their business every day.  I have two colonies right outside the door.  If I swat fly I'll take the carcass and leave it at their doorway.  I've done this with ants at other places also.
The nice ants, not the biters.  They are always grateful. 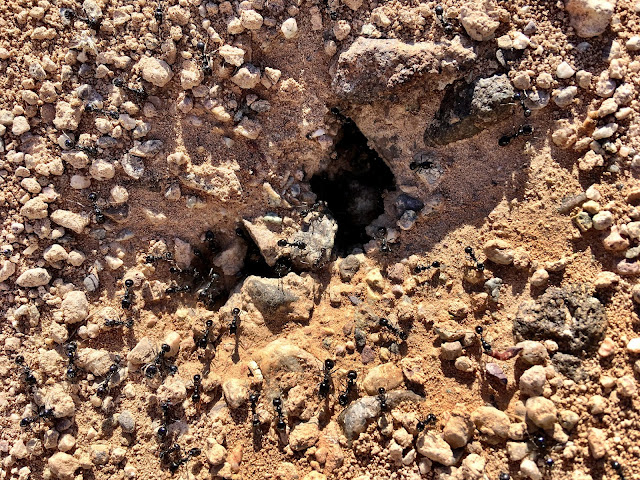 I had some congealed fat from a can of meat I left for my neighbors here.  They got on it and by morning it was all gone.  Years ago I took the time to follow one single ant and was amazed at how far away he went, well over a couple hundred feet away which would be many miles and miles for us.  They always find their way back home somehow. 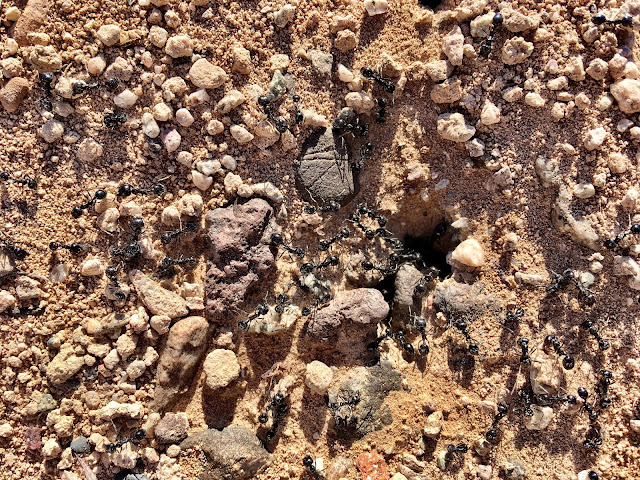 Here you can see winged ants.  I'm pretty sure they are males.  They'll fly off to start a new colony somewhere if they find a fertile female, a queen.  (I used to know all that stuff but think I got it kind of right here. Too lazy to look it up and reeducate myself)  There have been two separate flights since we were here.  I recall a termite colony at a house we lived at long ago.  Their flight occurred only once a year, at the same time each year and it seemed to coincide with a phase of the moon. Full?  I don't remember.  So I was surprised there were two separate hatching of males with these ants, weeks apart.  When one takes off he's all out of control flying around in circles at the mercy of the wind.  The success rate for the hundreds of males emerging from the colony probably is extremely small.
That's why there are so many.  Guess it's much like sperm.
Okay, I'll stop there. 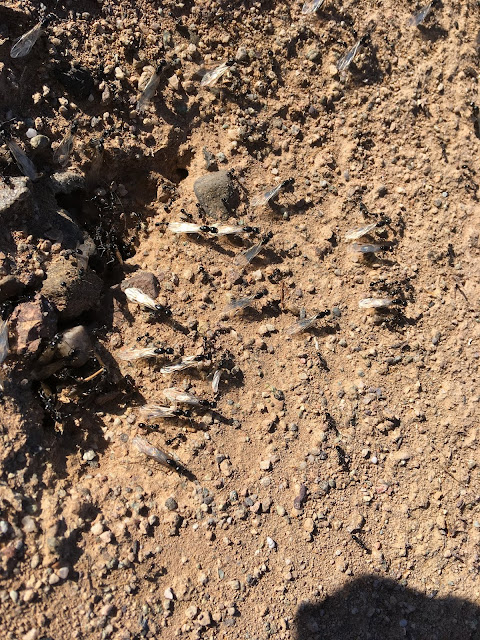