For some reason the trash truck hadn't come by to empty the dumpsters.  They used to make the rounds twice a week.  The scene reminded me of last year when there was that government shutdown because congress could agree on the budget.  Finally one day the truck arrived. 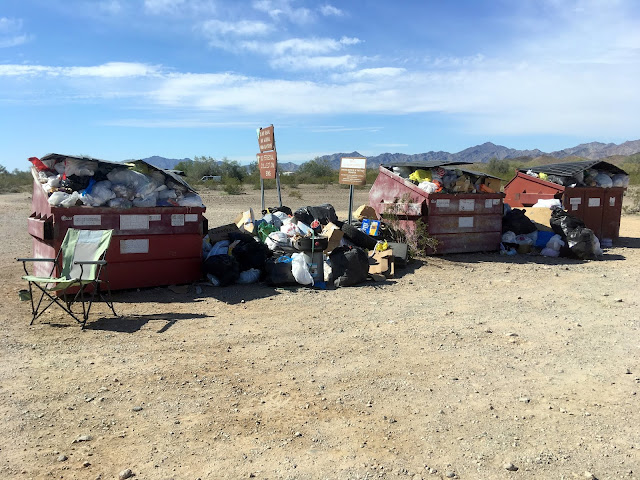 I really wished I had looked at the clock but he was there at least a half an hour, part of that to finish eating his Big Mac and extra large soda.  He dumped all three dumpsters and then climbed out of the truck to begin chucking the trash piled up on the ground.  One of the nearby campers came over to help.  Between the two of them they filled two more dumpsters.  He left this behind.  I can understand the chair but why the carpet, large tarp and the cardboard box with trash? 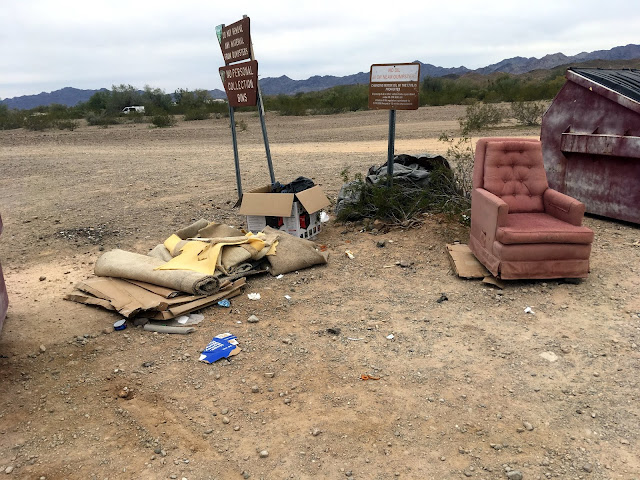 I wouldn't be a good trash man.  I couldn't leave the job unfinished like this.  Each time the dumpster tilted to drop its load in the truck loose paper scattered all over by the wind.  I'd be running around trying to collect it all.  And there is the fact I'd be bringing home all kinds of "treasures" I found.