A Couple of Projects

The battery in Gracie was on its last leg.  A few times in the morning the green light wouldn't even show when I turned the key on.  After several kicks Gracie would come to life.  I'd ride around a bit and the battery would charge up.  It was just not holding the charge overnight.  I broke down and bought a new battery.  I had to buy the battery acid (to the right) separately.  Finally it arrived.  I put the acid into the battery and had 6 volts in a short time.  Cool beans.  I didn't have to charge it.
Gracie is happy now. 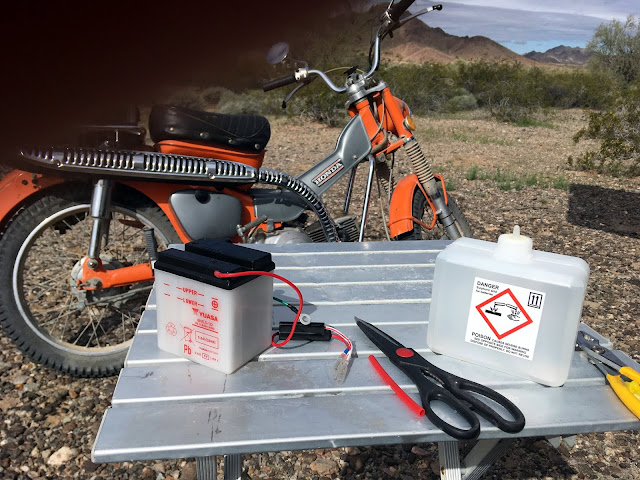 I had a regular quality bicycle cover on the bike in back on the carrier.  After a couple years of being exposed to the sun the material began to give way.  After numerous patchings and tapings, I broke down once again and bought something different - a canvas tarp.  The silver thing was part of the old bicycle cover.  It was on the top portion, made of a reflective rubberized material for sun protection.  It was still in good shape.  I cut it out and was in the process of installing some grommets onto it when the wind picked up and I quit work for the day. The plan is to secure it in place somehow.
I haven't quite figured that part out yet. 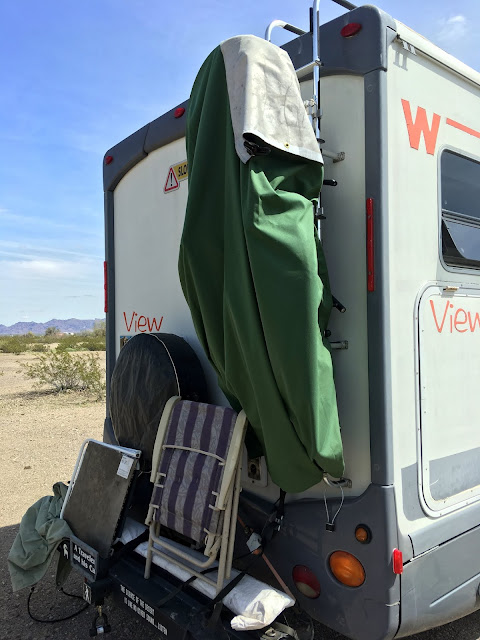 Another day and a workable solution.  I added a few more grommets and ran some nylon rope through them.  I think it will stay in place while driving.  This will give the tarp a bit more life where it is exposed directly to the sun.  It's a bit of a hassle installing the tarp and all.  The only alternative is to leave the bicycle exposed to the elements and eyes of thieves.
Oh well... 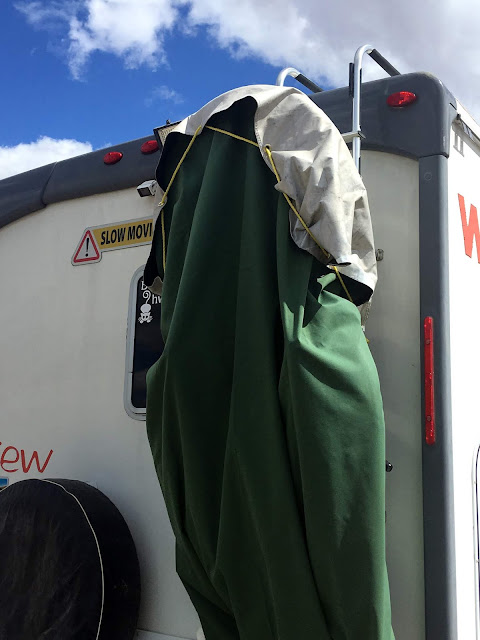 I also had to make a repair to my new sunshade.  The grommet ripped out. 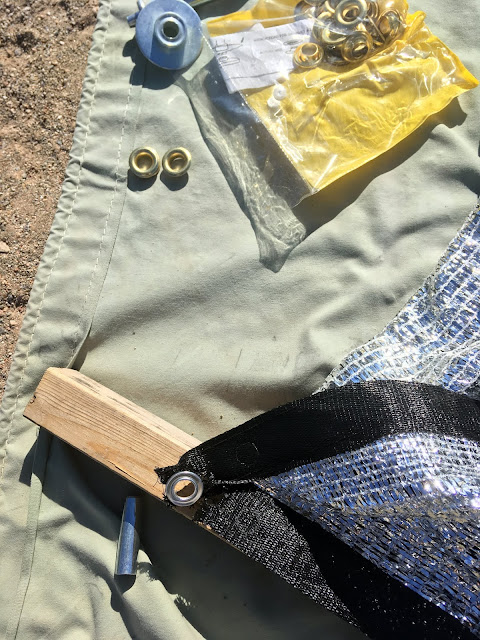 All the while I was working on this Beans assumed her supervisory position. 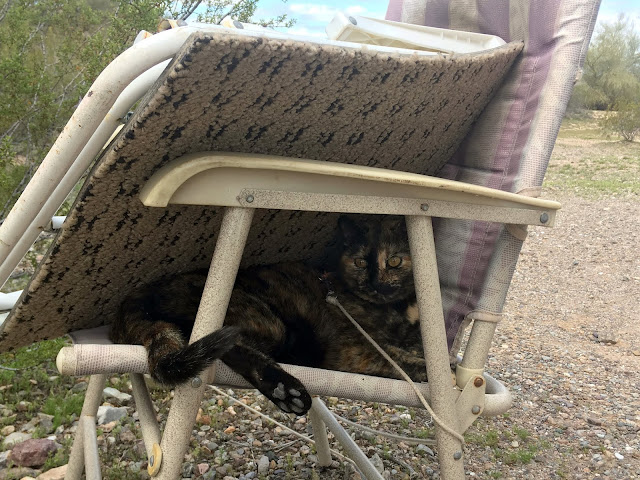