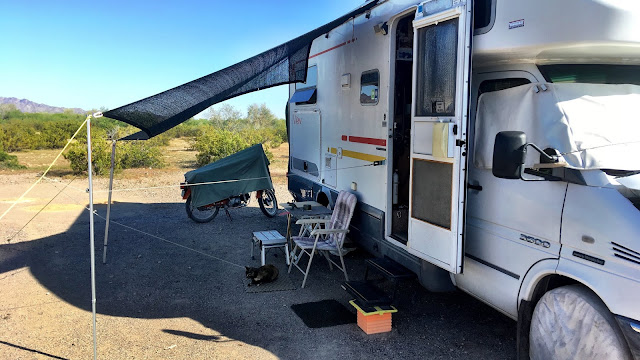 I had to break camp and go into town for propane and good thing I didn't put it off any longer as it only had point two gallons left. Then across the street to Family Dollar. Only two cars in the lot, a good sign. I filled the four fresh water jugs at the water machine and then went inside. I only wore the bandanna due to the lack of people. I did good from my shopping list even though the shelves were most bare. Paper towels once again appeared so I grabbed a roll. Next stop Roadrunner grocery store, a small little shop. With rumors of an impending nationwide meat shortage the little store still had a good supply and I picked up a couple of items. Now to return to camp. Hmm..do I want to go to the other side of town and check out Dollar General?  Oh what else do I have to do?  So I did.  Again, only a couple of cars in the lot.  Nice. Again with only the bandanna I went in and walked over to the baby products aisle. And there it was, sitting all alone on the shelf, one last package of baby wipes. 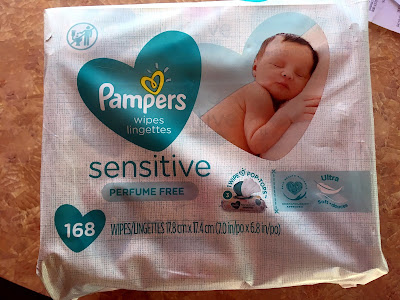 It has been weeks, no make that months, since these were last seen in any store.around here.  I picked it up and read the package three times making sure I was holding what I thought I was instead a package of diapers.  I use these things to wipe down all over in place of a shower each evening.

And so I drove back to Camp Quarantine unable to believe my good fortune.  I felt all is right in the world, or at least our world.  Our paid for time had run out on the fifteenth and it appears the BLM Rangers are not going to bother the several hundred or so campers self-isolating staying in place here.  I decided we'll stay at Camp Quarantine as long as possible until it gets too hot.  As the propane guy mentioned to me "This is about one of the safest places to be in the country right about now."
I couldn't argue that.

An eBook update: As of yesterday Sunday Sinbad and I on the Loose had registered 29 downloads. The Beans and I on the Loose series showed 18, 16 and 20.  I never ever imagined those kinds of numbers while I was putting them all together.  Nice timing for me to finish the books just when a global pandemic broke out.  I'm sure that is the reason behind the numbers :))