I was sitting inside working on the computer while Beans was outside under her tree.
I heard a ruckus and went out to see what was going on. 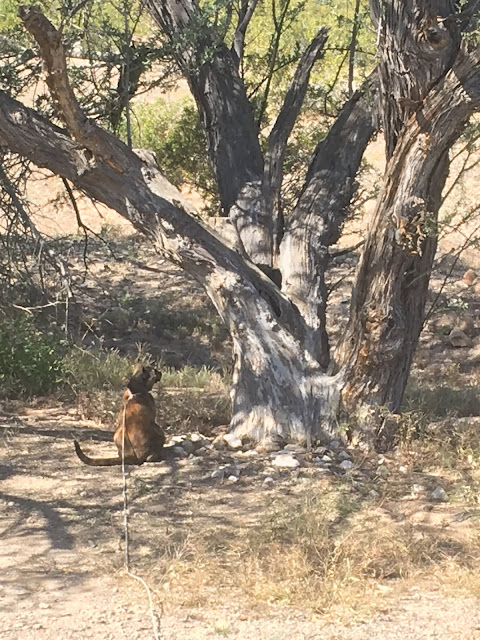 She was after something down in this hole at the base of a tree.
I figured a lizard. 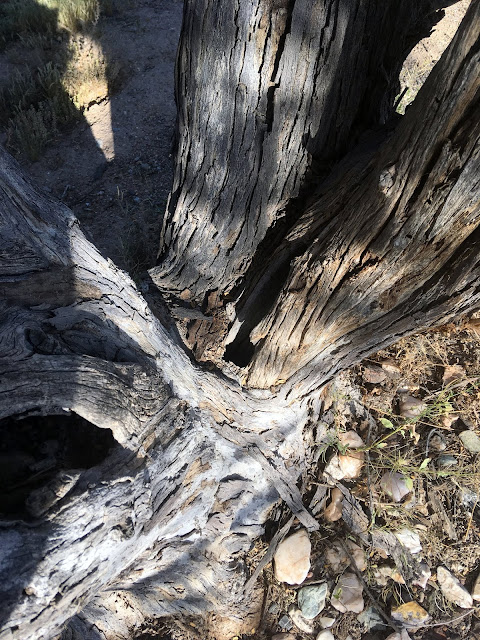 Nope.  She pulls out this huge rat by her claws then stuffs it in her mouth. The rat was squealing and Beans had her mouth full.  She was making her own noises.  They went over into the grass and the wrestling match was full on rolling and tumbling in the stickers.  I unhooked her cord so she'd be free to give chase if need be.  After a minute of fighting she quit and the rat staggered off back into the hole.  Beans is a great hunter but she's evidently not a killer.  I kind of wanted her to kill the thing.  If it had a missing tail (thus being the one that gave me all that grief in the Ten Day War) then I would have killed it down in that hole.  She lost interest and with the show over I went back inside.  An hour later it dawned on me that I hadn't hooked her cord back onto her harness!  She was just sitting out there in the shade of her tree, free as can be.  I need to be supervised. 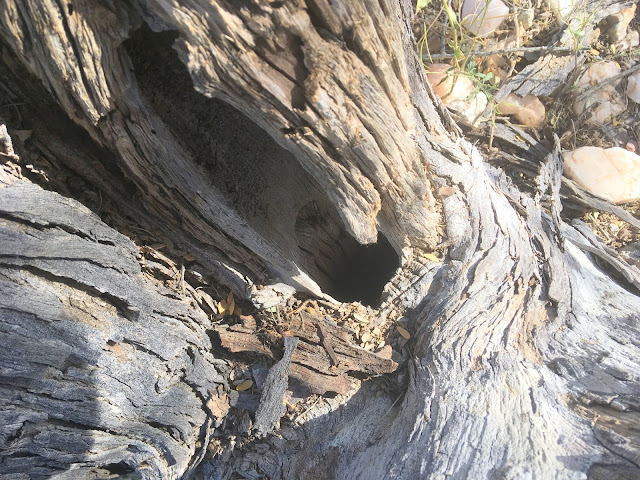 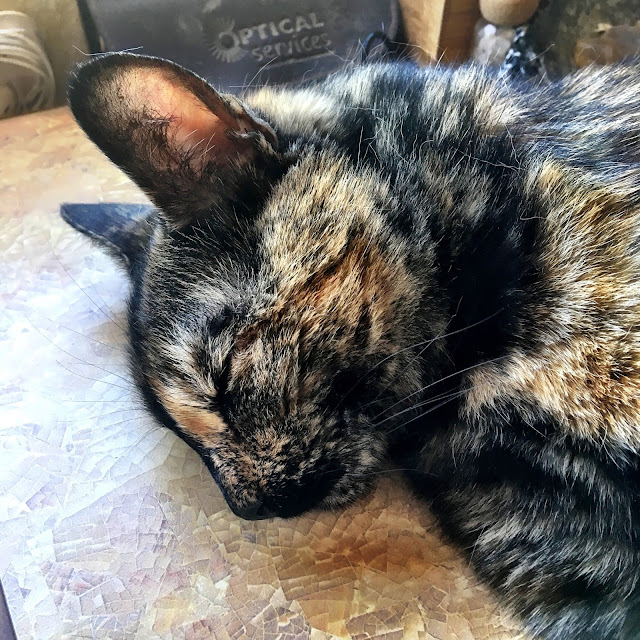